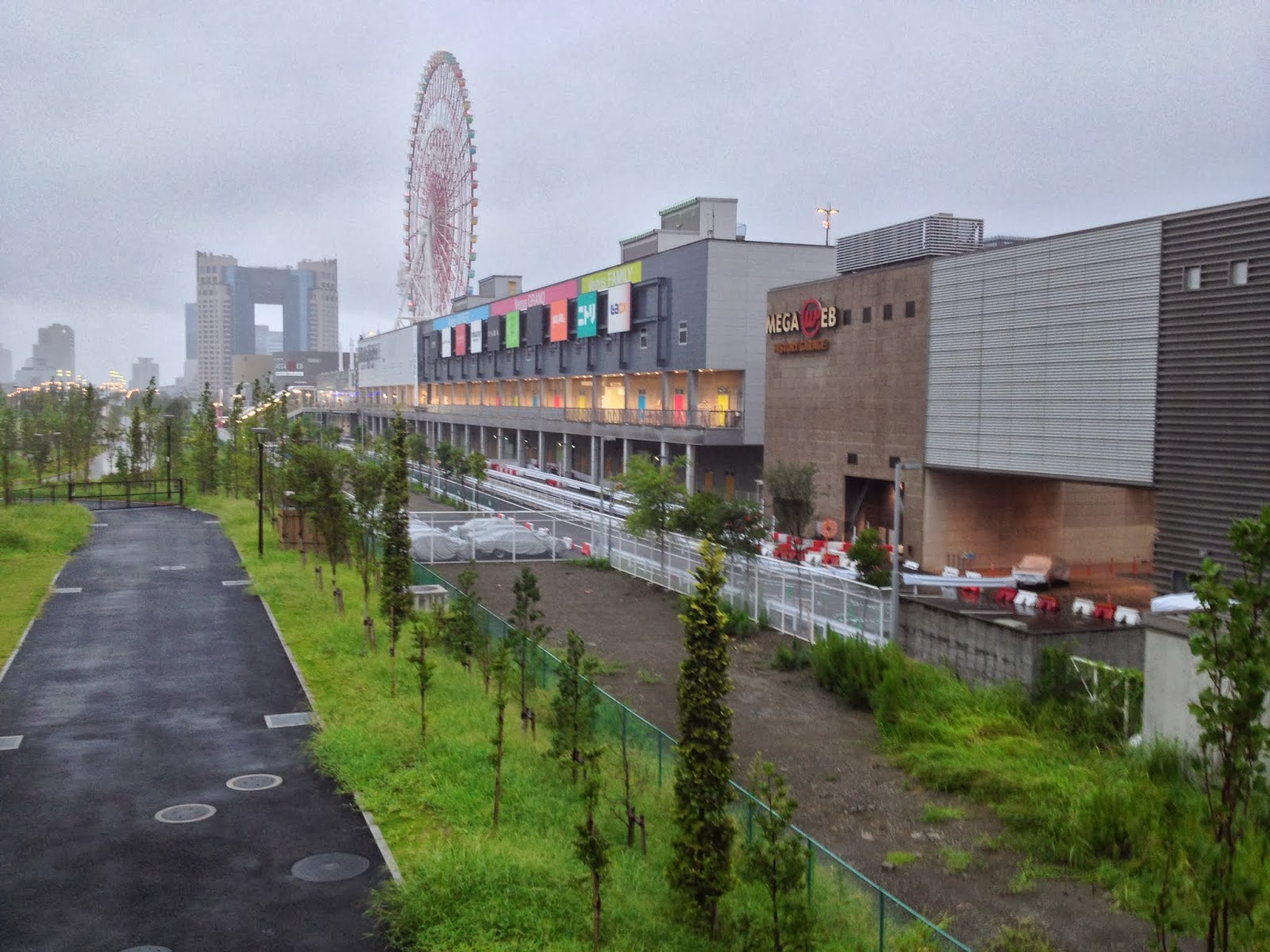 It's a bit out of the way and it's essentially a tourist trap, but Odaiba does have a few things to offer. There's Joypolis, which is a video game amusement park, a few malls, the Fuji TV Building, and a few other attractions, not to mention the interesting architecture. It took me a couple visits to really see it (almost) all, but a single day is probably enough for most people. I recommend the lunch taco buffet in Decks (where Joypolis is), a visit to the Fuji TV Building, and viewing the old and new cars at Toyota Mega-Web. You'll find Mega-Web split between opposite ends of the mall (Palette Town) with the giant Ferris Wheel. 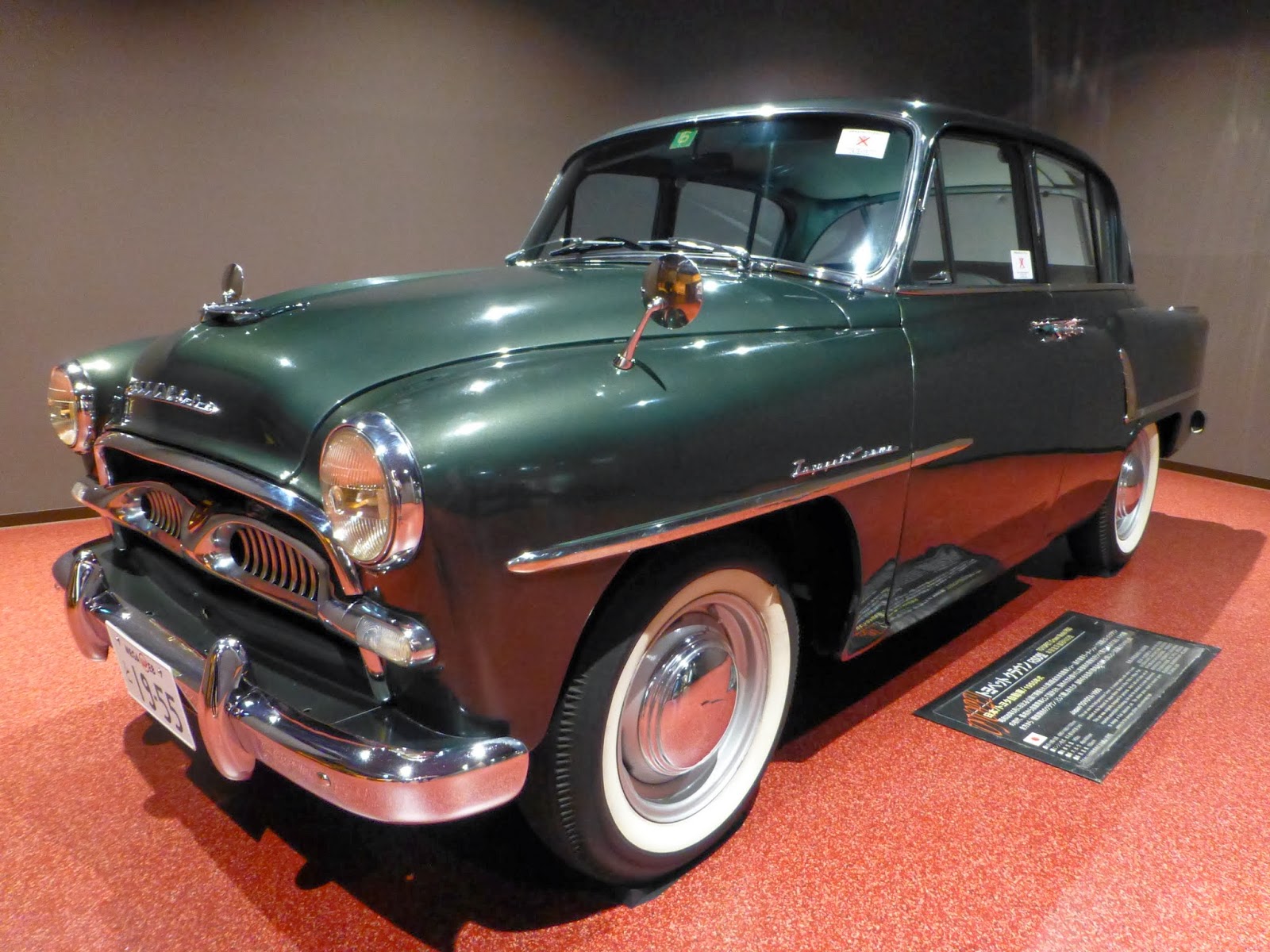 On the end of Palette Town without the Ferris Wheel, you can find a museum of old cars. They seem to move from time to time and new ones might be rotated in every once in a while. 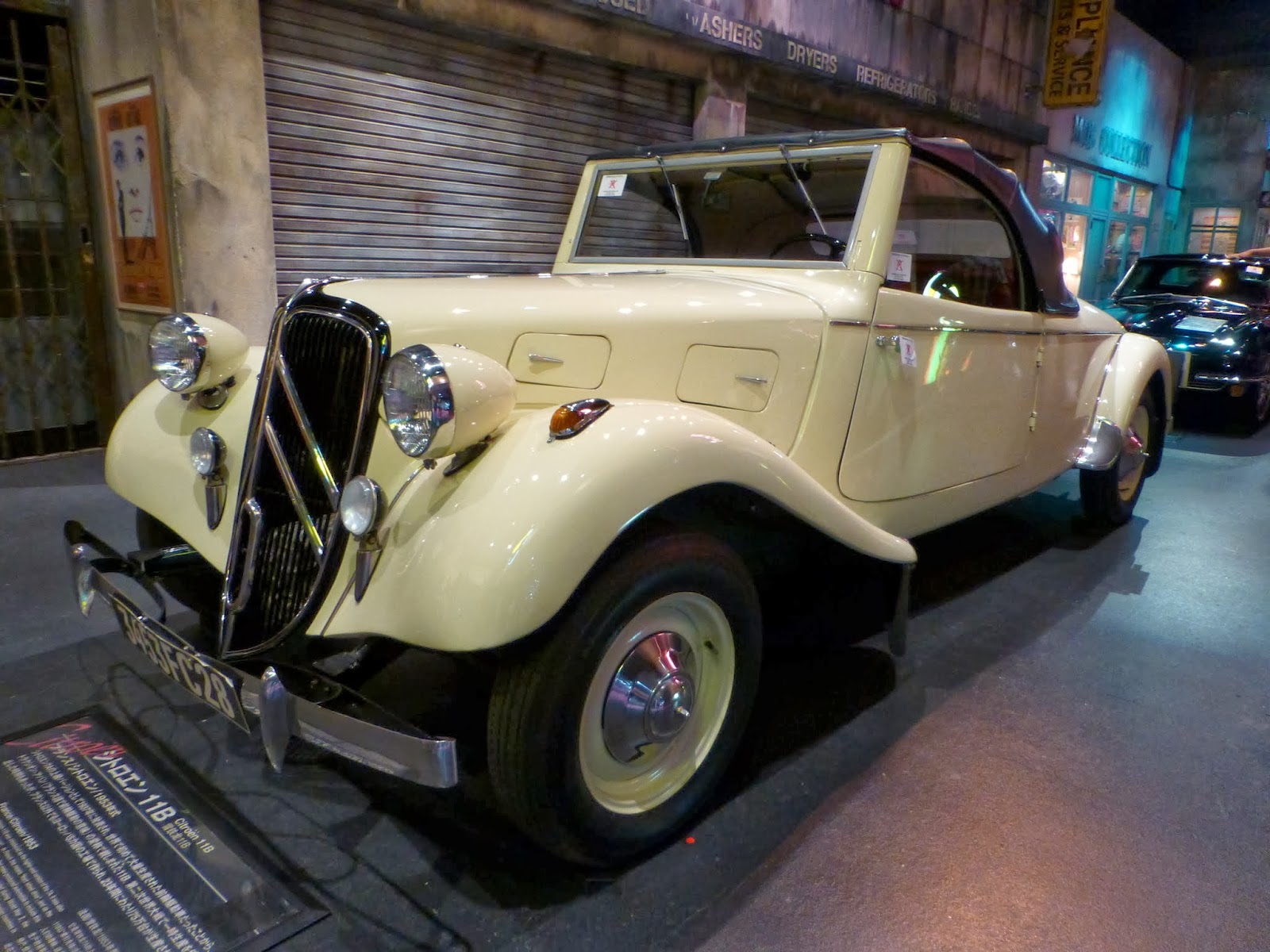 I could roll in this one. Note the mat in front of the car; each vehicle has one of these with Japanese and English descriptions about the model. 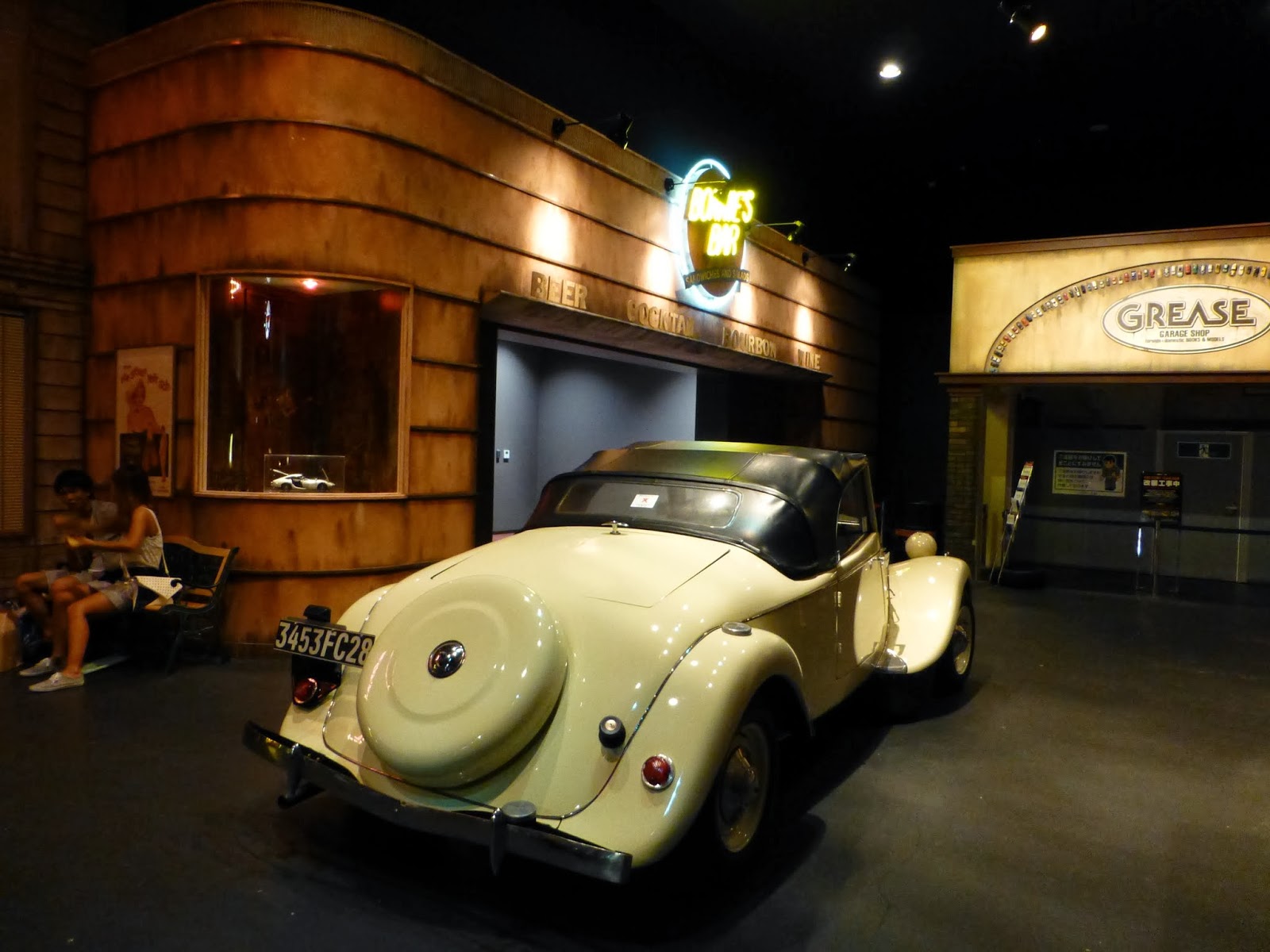 The cars are displayed in a retro-themed large room. It's intended to look like an American street, seemingly in different eras. 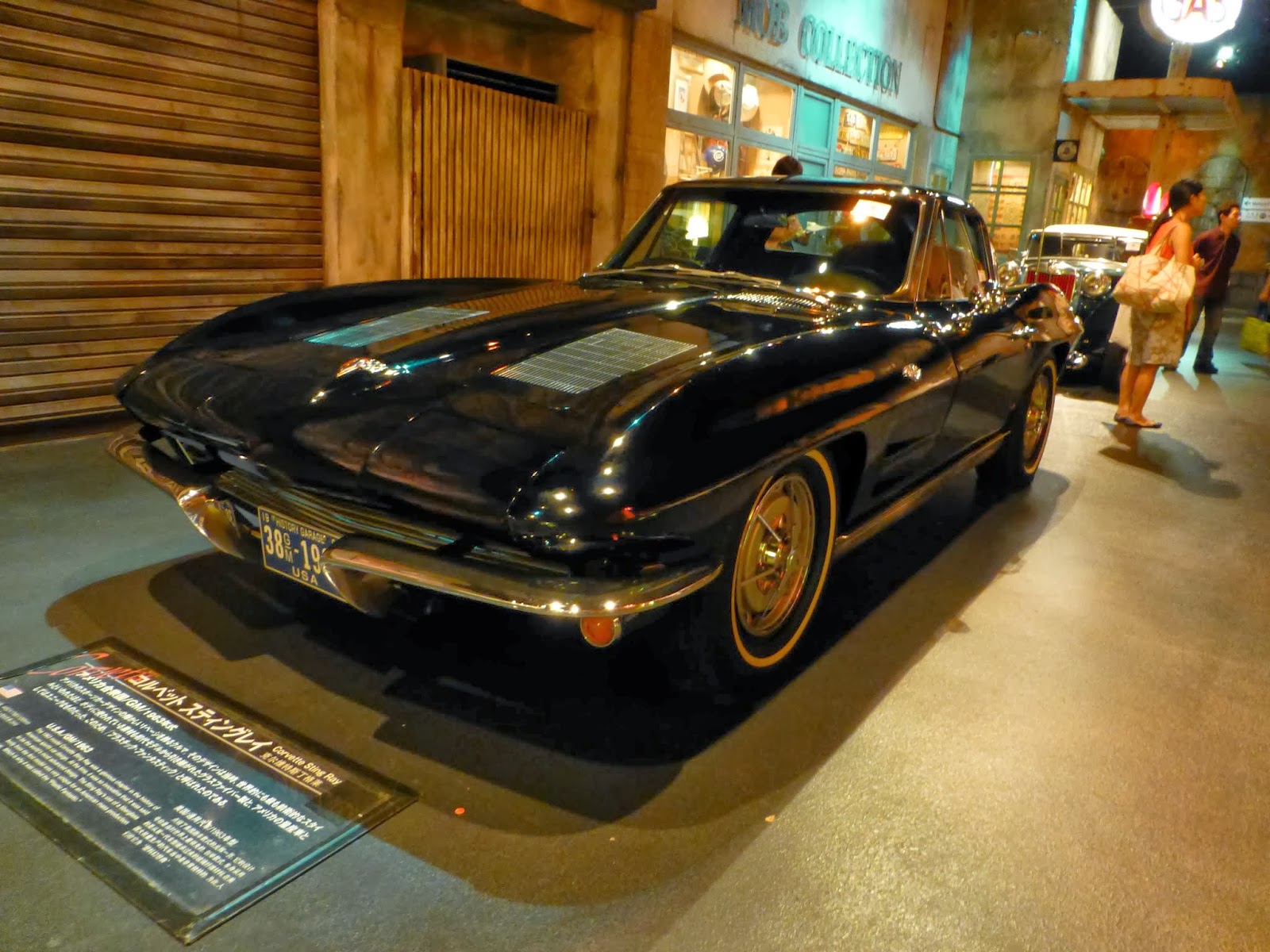 Despite being a Toyota museum, the cars aren't all Toyotas. Corvette, anyone? 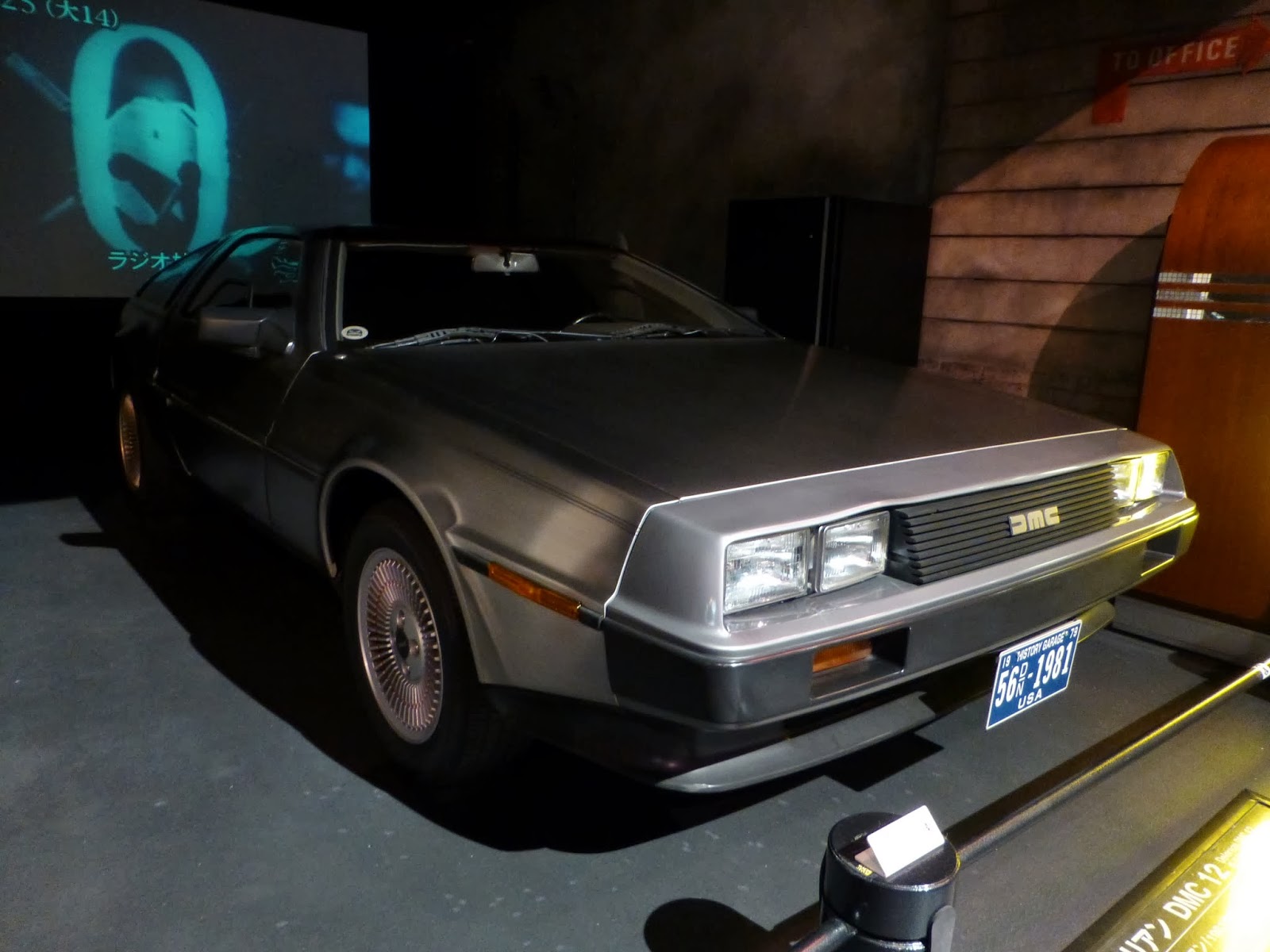 They have a "garage" with some more cars. On my second visit the Delorean was on the "street". 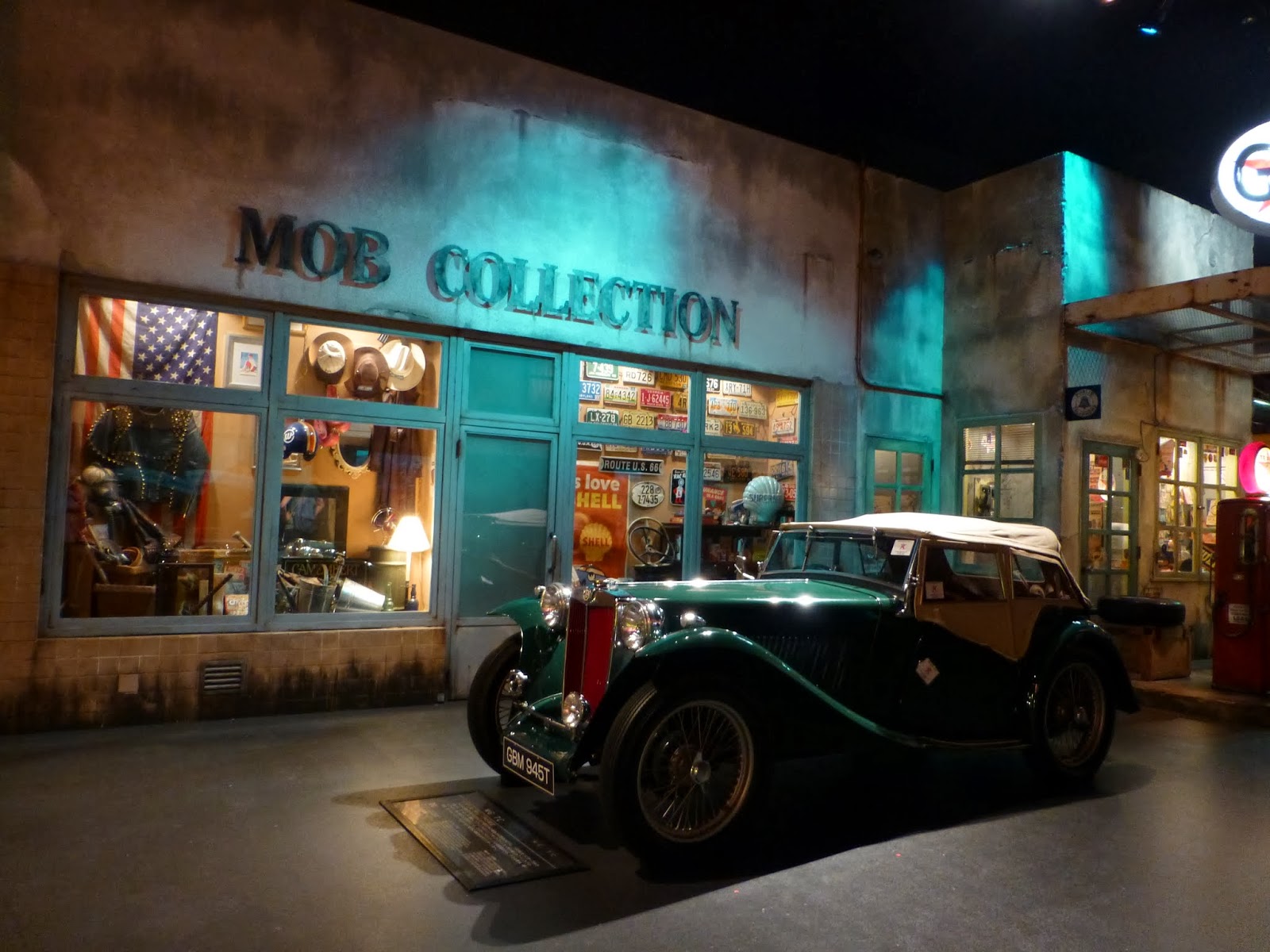 Another classic car, in front of a mafia store apparently. 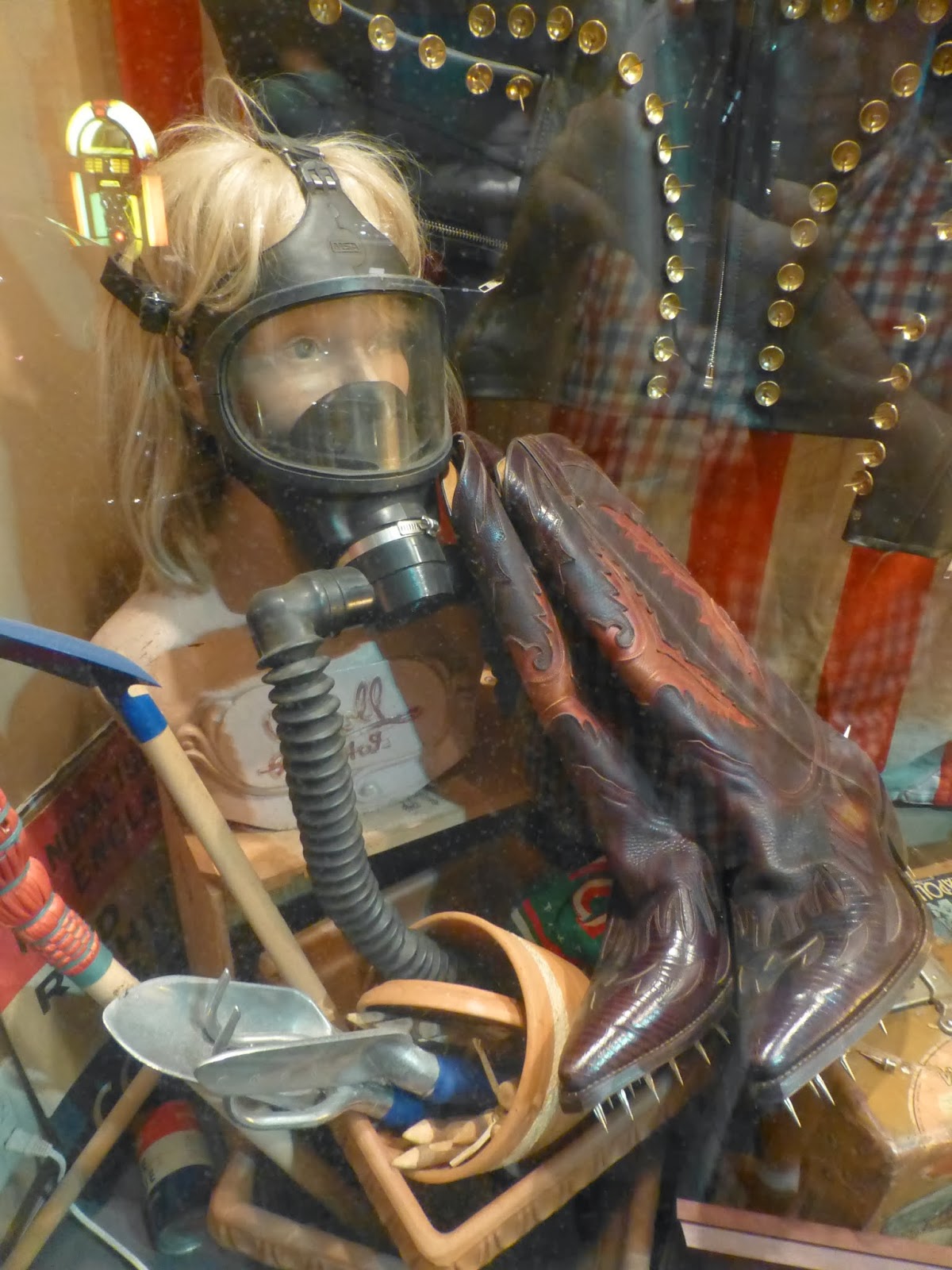 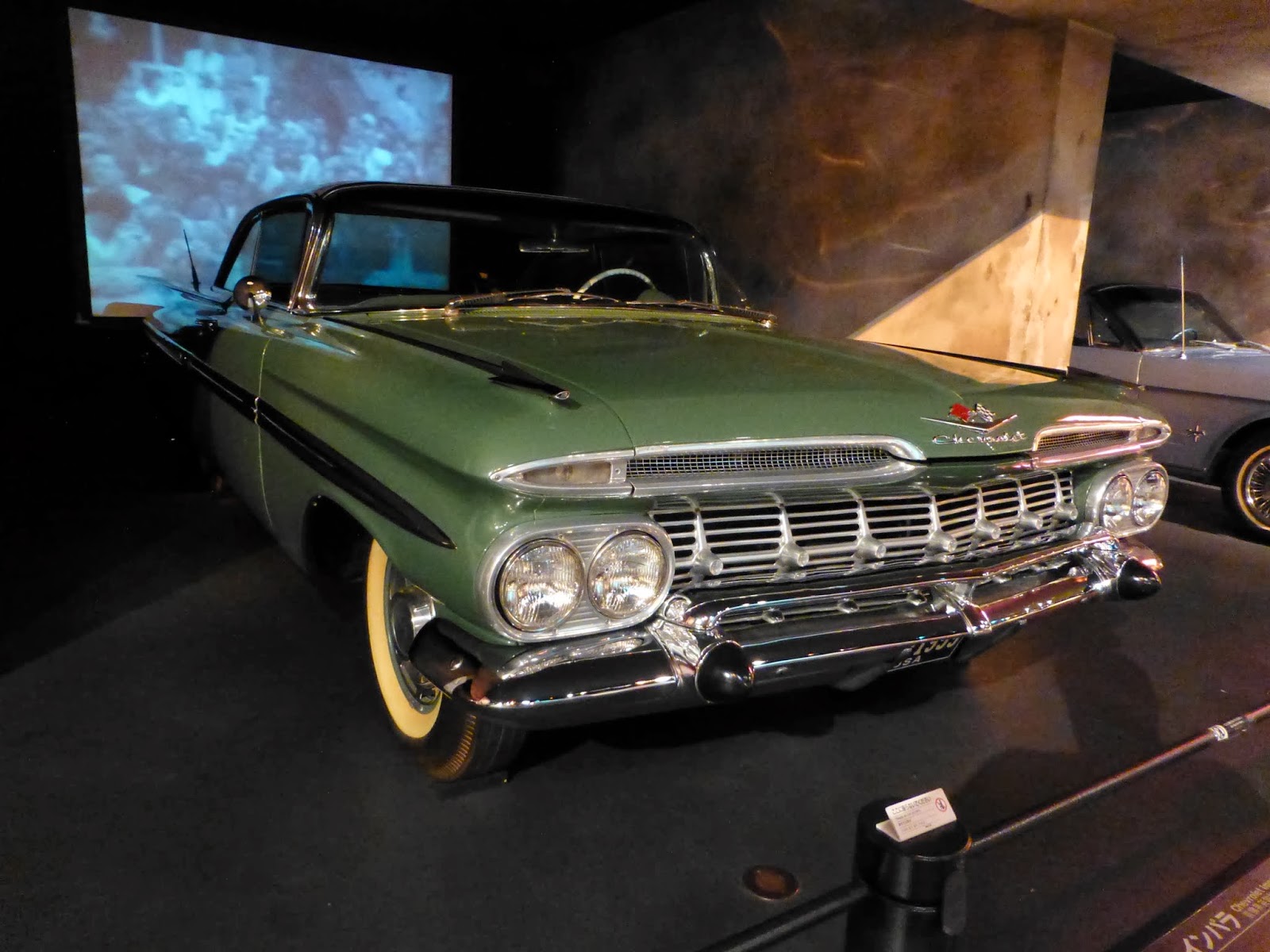 I think my grandfather had a car like this at one point. 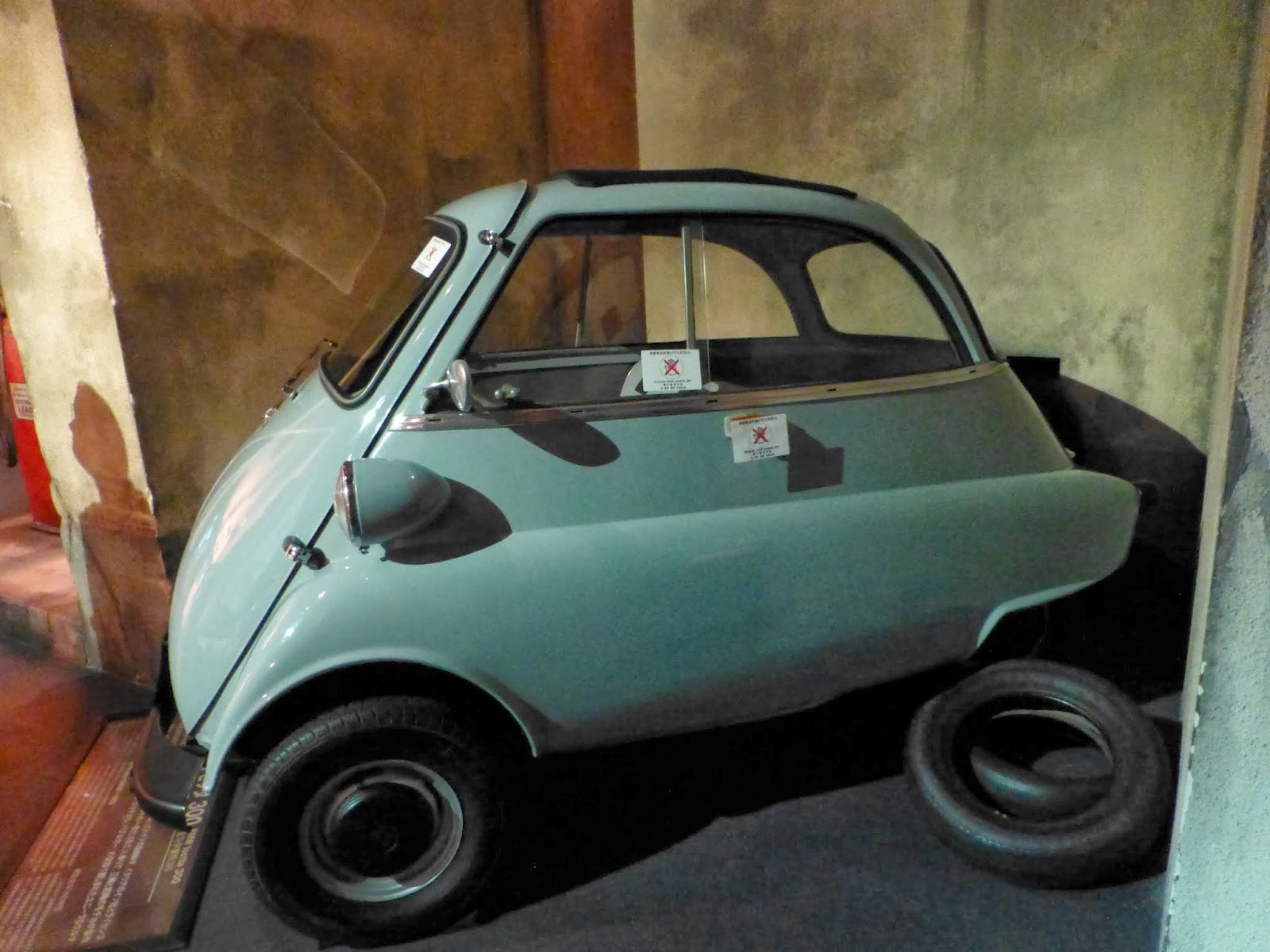 I've now seen three or four of these three-wheeled cars in Japanese car museums. I think it's small enough to fit in my apartment, which is saying a lot because my place is tiny. 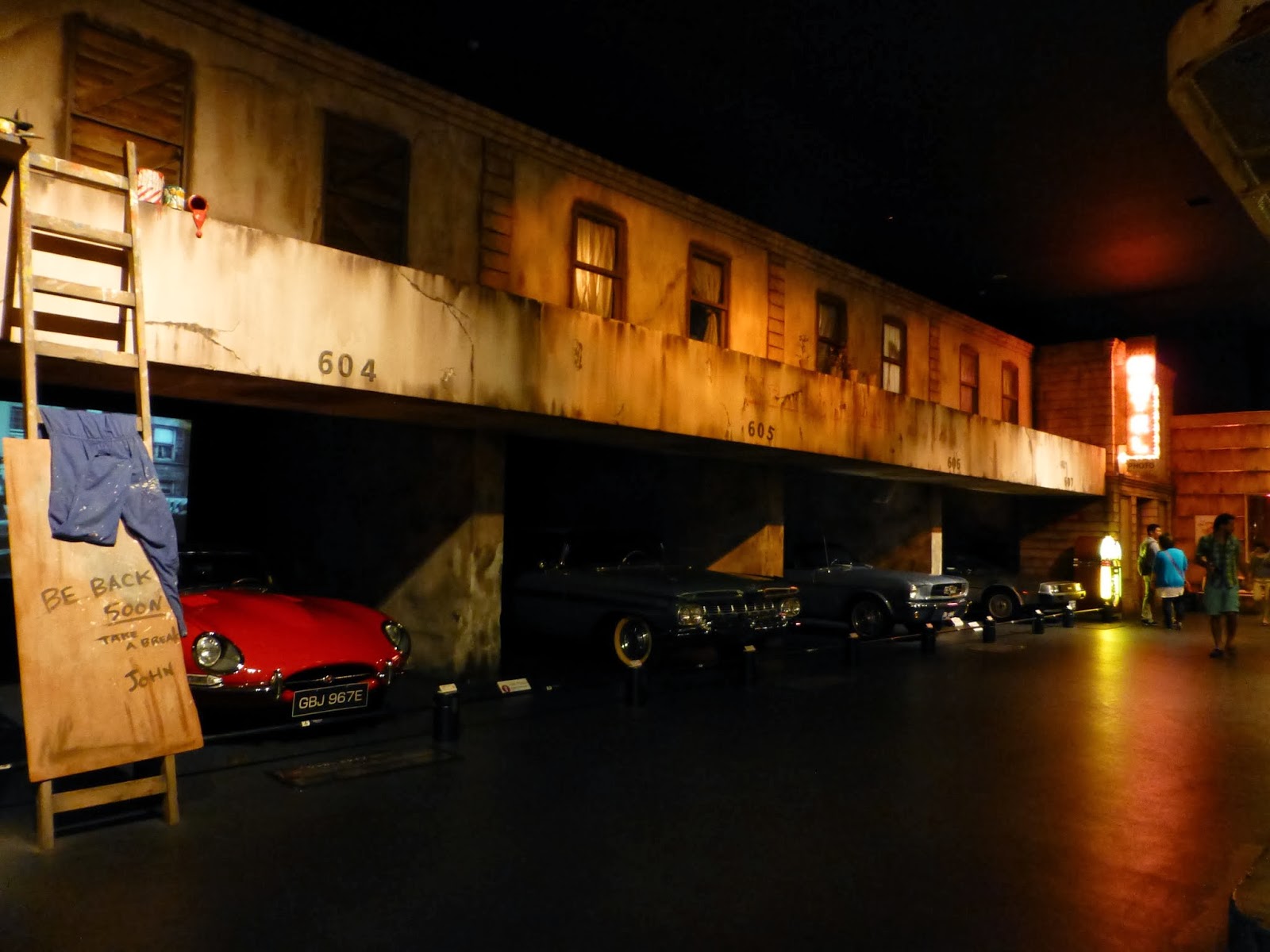 Here's the garage. Too bad you can't go upstairs and look in the windows. 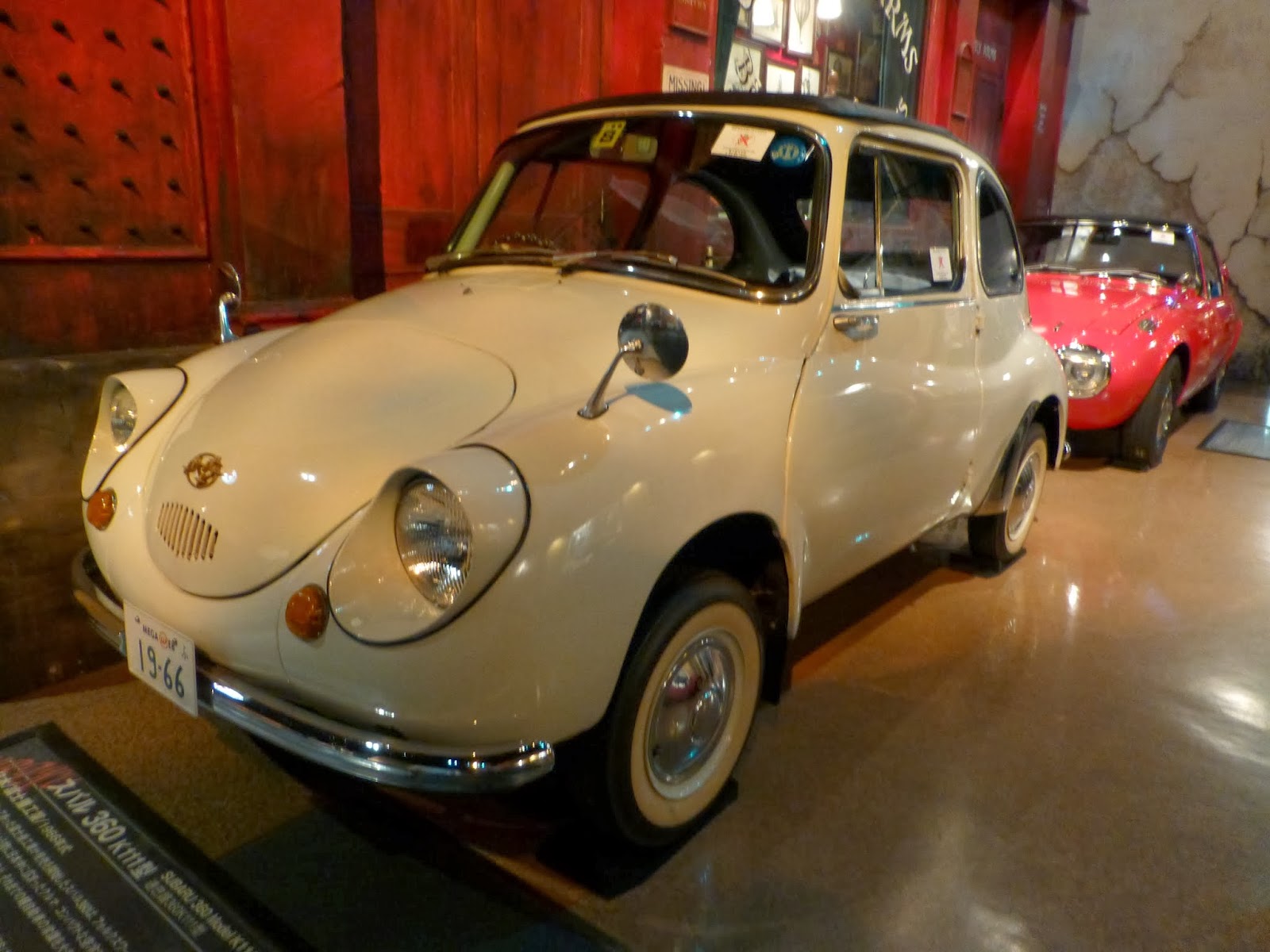 A narrow alley that has more cars might have more of a European theme. 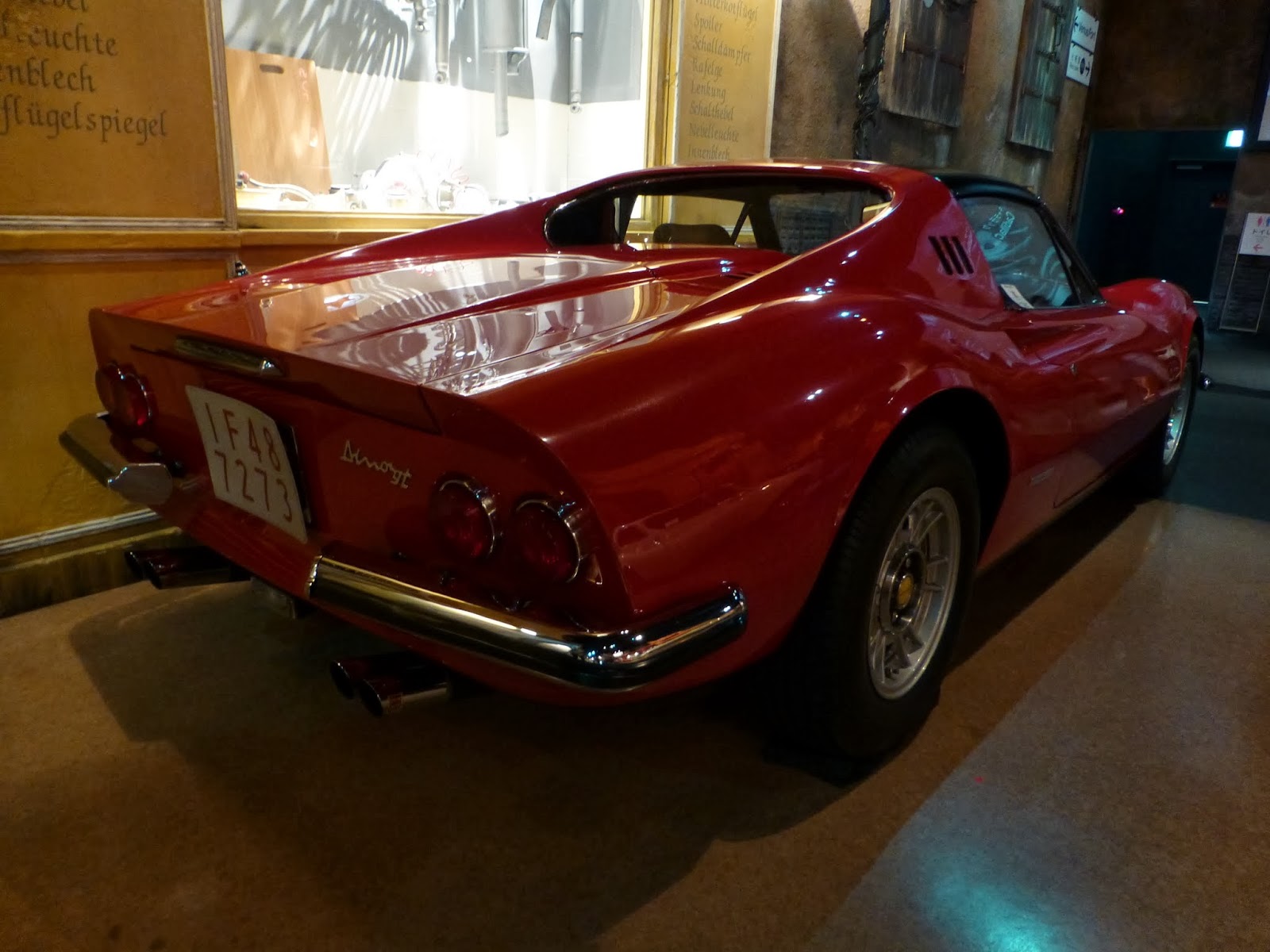 I don't see many of these. 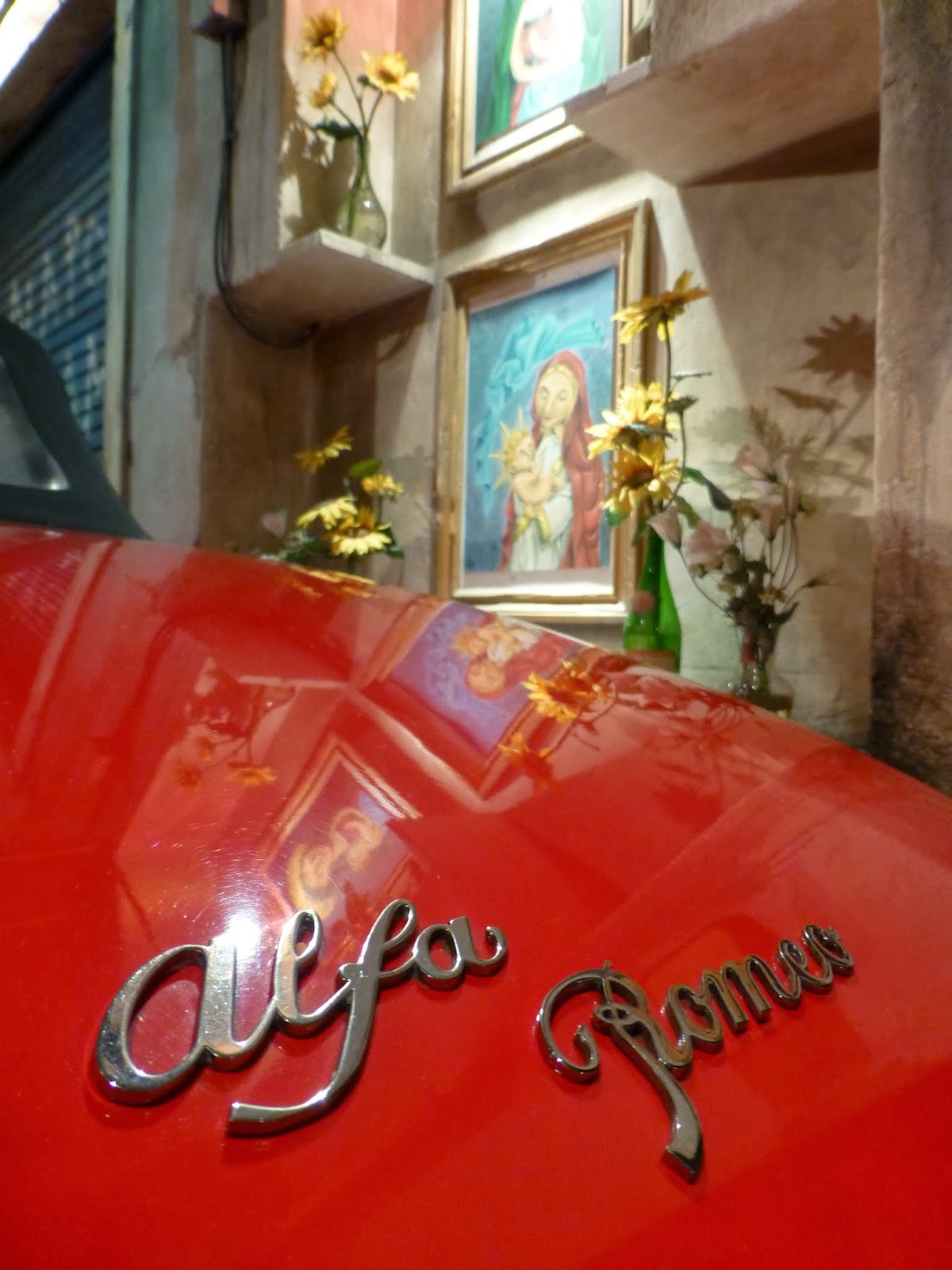 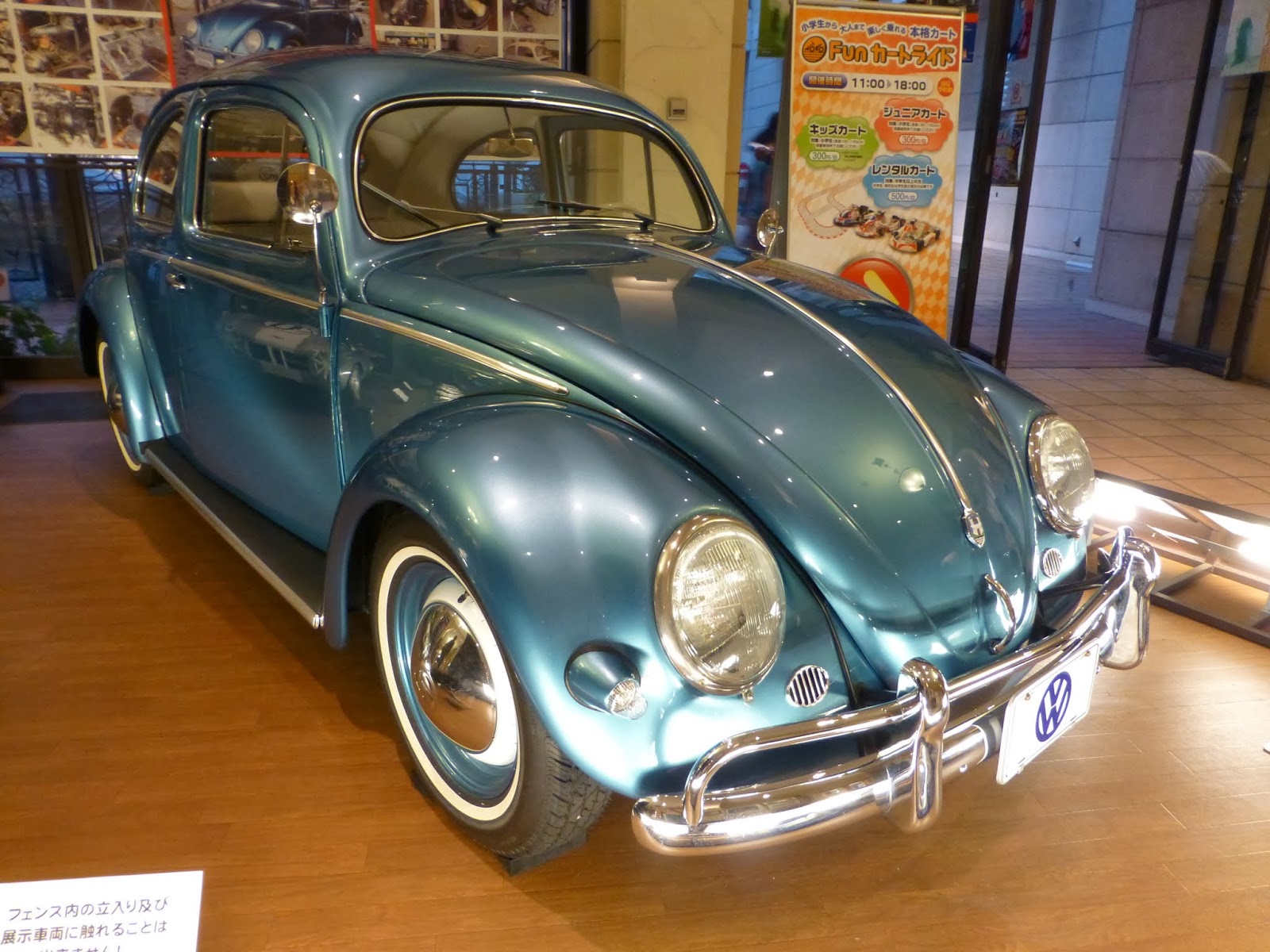 One of my favorite movies as a child was The Love Bug. I still have an affinity for VW Bugs; maybe someday I'll own one of these. I'd be happy even if it didn't run, just to use as a piece of furniture in what would need to be a very large living room. 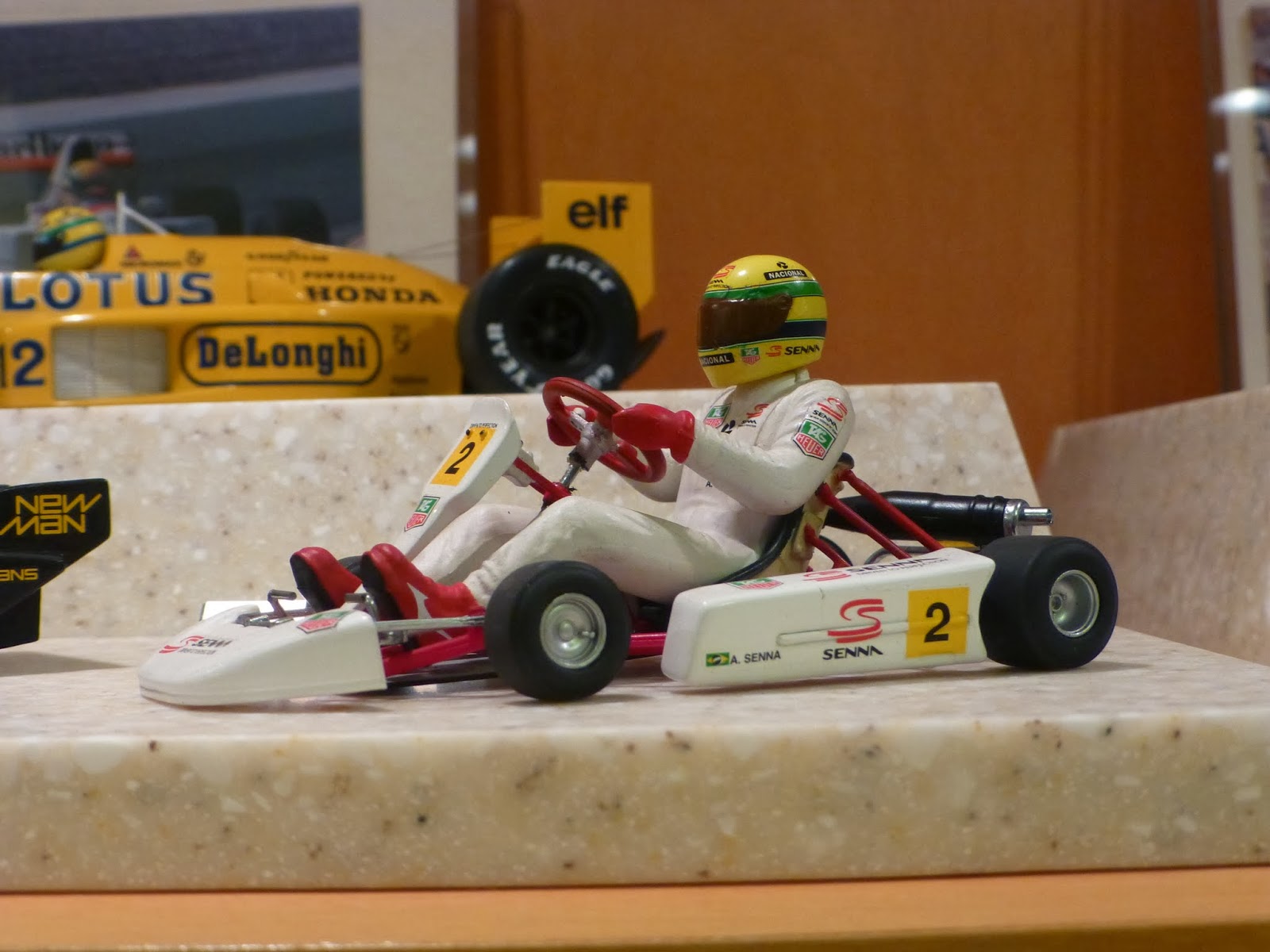 There are several racing-related displays in the museum - a "pit stop", a full-size car mounted on a wall next to the souvenir shop and cafe, and plenty of racing models. Actually, there are hundreds of little toy cars and model cars in display cases in a couple hallways. There's also a large garage room that holds about a dozen more vehicles and a few other entertainment options, such as the ability to test drive cars.

I'll get to the other half of Tokyo Mega Web - on the other side of the mall - at some point in the future. The car museum is free and should be open daily from 11 AM until 9 PM. Some things (including the cafe) close earlier. The entire Palette Town mall complex has a lot to see, which, again, I'll post about sometime later.
Posted by Ryan G at 2/04/2014 03:00:00 AM