I did a post like this at the end of 2013. Let's see how things have changed in the past year.

My third year in Japan was certainly less exciting than the prior two.

I took two international trips, visiting three different countries: Korea, Hong Kong, and Singapore. I had a fantastic time at all three places, especially focusing on local food in addition to checking out the sights. In Korea I got to go to six baseball games at six different stadiums in a week. Singapore's cuisine stands out as the best, though all three places have great dishes. And Hong Kong Disneyland was my first international Disney park; yes, I still haven't made it to Tokyo Disneyland or Disney Sea.

My summer was spent on the island of Shikoku, on my most active trip yet. I hiked a few mountains and spent most of the time outdoors. I even randomly came across a baseball museum while sightseeing near Okayama!

But other than my major vacations, I mostly fell into a weekly routine. Take the train to Akihabara, walk around for a little while and have a kebab don. Then, scoot over to Kanda, Takadanobaba, and finally Ikebukuro for a snack with a friend. I love to walk around Akiba, but I didn't take any day or overnight trips that I had planned on taking. I did get to Nagoya for a weekend.

I got on a bunch of new roller coasters this year, both in Japan and in the other countries I visited. I only saw one baseball game here in Japan, though.

I had hoped to be in the US for New Years, but the cards weren't in my favor.

Blogging was a strong point for me this year. I didn't get something posted every day like I had hoped, but I wrote 282 posts in 2014!

I didn't follow through with either of my 2014 resolutions. I think I might weigh a little bit more than I did one year ago. And I studied a lot of Japanese but I didn't attempt the JLPT test.

I'm going to book a ticket as soon as possible to go back to the States at some point. I'm looking at June as a possibility, though it would be nice to spend the holidays with my family - if prices work out I might go around Christmas/New Years instead.

The other two or three long vacations will keep me in Japan. I'm looking at western Japan and/or Kyushu for Golden Week and Tohoku and/or Sapporo for summer vacation.

I would like to continue experiencing things in Japan. There are plenty of dishes to sample and several places to try traditional crafts. We'll have a new foreign teacher at our school soon who might be interested in doing some of this with me.

And I'll carry over my two resolutions from last year: lose some weight and pass the JLPT N5 exam.

Email ThisBlogThis!Share to TwitterShare to FacebookShare to Pinterest
Labels: goals 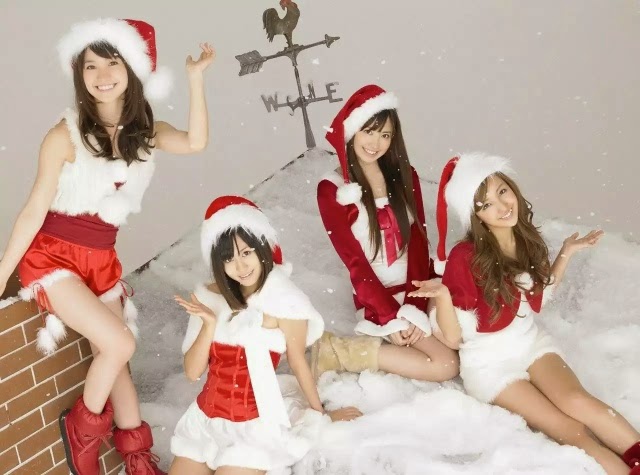 A Meal Fit for a King... or Idol? Aikatsu and Pizza Hut

I split my birthday celebrations over a few days, because, well, I can! I went out with some friends about a week before, for my and a coworker's birthday.

My birthday fell on a Saturday, which is a workday for us English conversation teachers. My Saturday shift starts and ends earlier than the rest of the week, but I had to get home for a package delivery. So I decided to go all-out and grab a pizza. Or two. 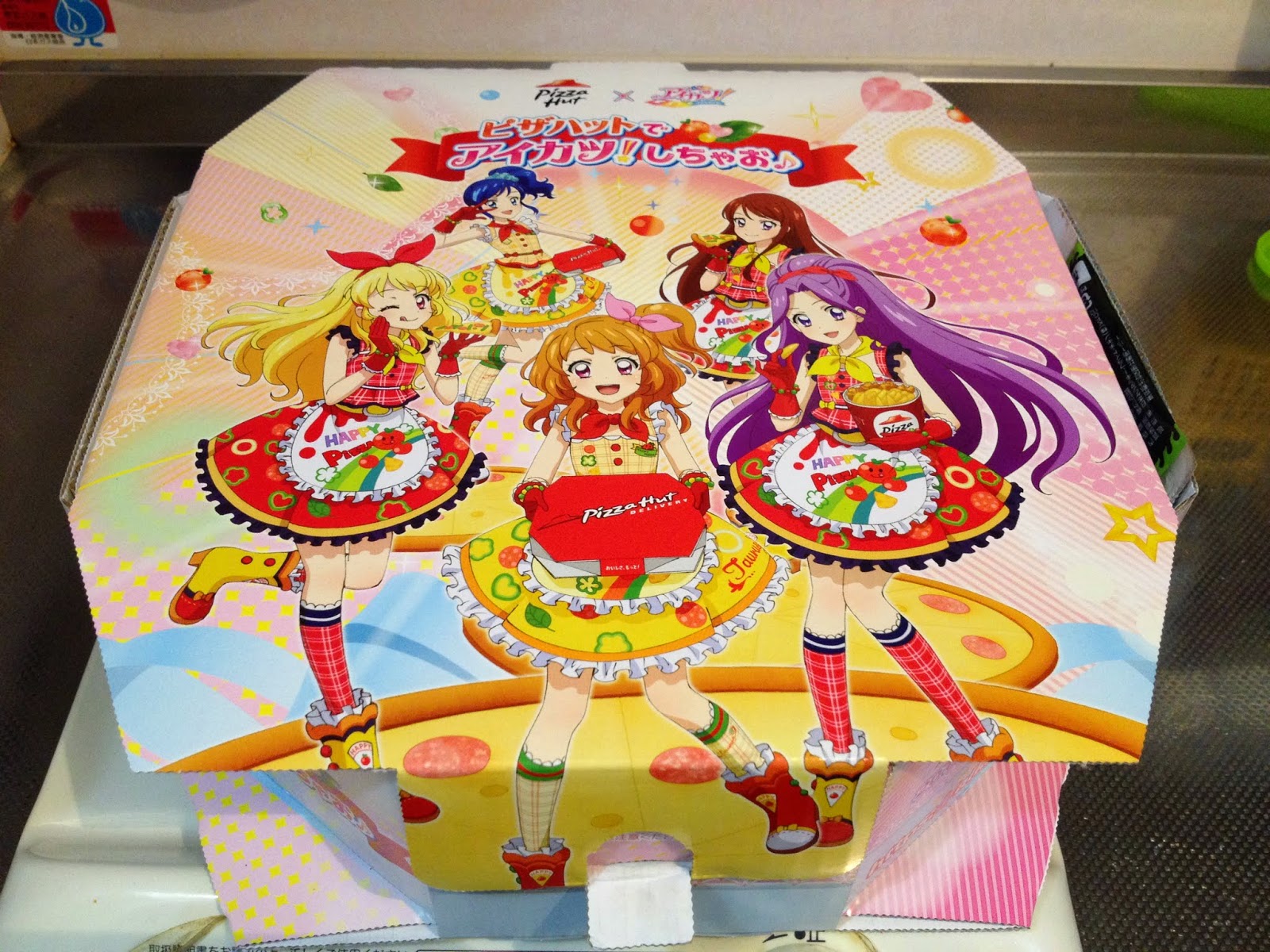 Once you get past the super-sugary-sweet cuteness of the idol girls on the box, you might notice that this is a Pizza Hut box. And if you look carefully, it should seem taller than usual. That's because inside the box is two pizzas, in a fairly clever box assembly. 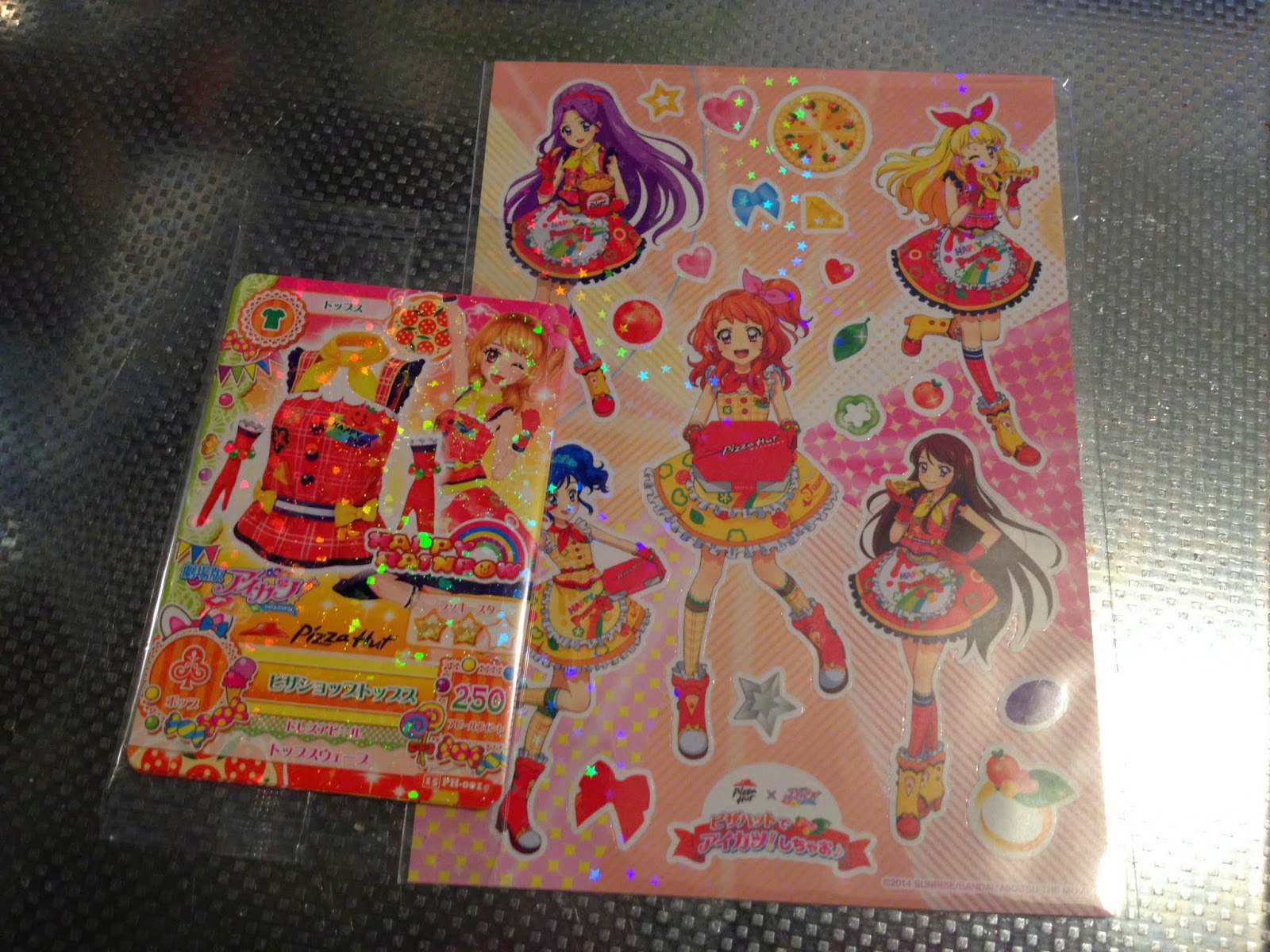 In addition to the two pizzas at a discount price, I got a pack of cards and a sheet of stickers for the aikatsu game. Aikatsu is a card-based video game where you collect outfits to dress your idol character as she performs in auditions and shows. Each card has a barcode on the back which the machine can read as you play. 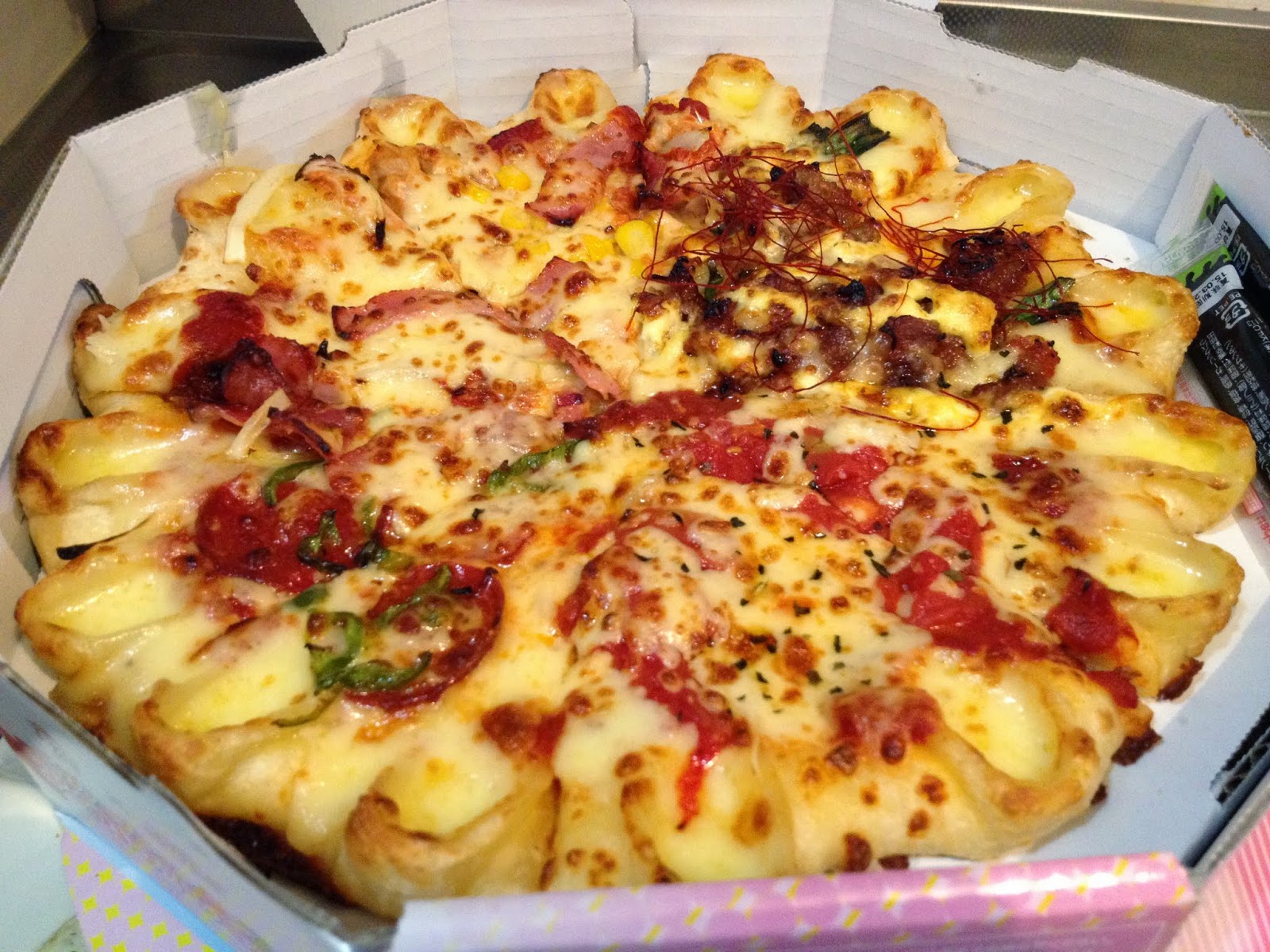 The set came with one of two specific pairs of pizzas. Each of the pizzas was part of the "Four" series, which means I got sixteen slices of pizza with a total of eight different types of pizza. These are styles I usually wouldn't order, but they are still enjoyable.

The top pizza in this order had a cheesy pocket crust (not a cheese-filled crust, which Pizza Hut also sells). The bottom pizza was the standard pan pizza American pizza lovers will recognize. The cheesy crust was good when fresh, but it didn't hold up well as leftovers.

Yes, leftovers. These "medium" pizzas are smaller than US sizes, so four slices make a good meal. That means I had pizza for dinner four days straight!

As for the cards and stickers, they are nice additions to my collection of Japanese pop culture collection! Aikatsu is extremely popular with kids (and some adults too) though it might be losing popularity finally. The cards have had promotional tie-ins with magazines, food products, Pizza Hut (of course), and McDonalds!
Posted by Ryan G at 12/22/2014 05:45:00 AM No comments:

American Retro and Flavor at the Toy Box Cafe, Koshigaya

Let's face it. Almost everything "American" (or otherwise foreign) in Japan is modified to suit local tastes. This is true in America, of course - sushi, tacos, and kung pao chicken are all Americanized in the States.

I haven't hopped back across the pond since arriving in Japan three years ago. I've managed to satiate my homesickness and cravings for American food by finding alternates or paying the price for imported goods. But sometimes you just gotta feel like you're back in America.

When it comes to an American menu, I think Toy Box just about does it as authentically as possible. The menu is truly American, full of nachos and burgers and tacos and even big banana splits! Okay, they slipped taco rice in there too.

And the decor is retro kitsch: 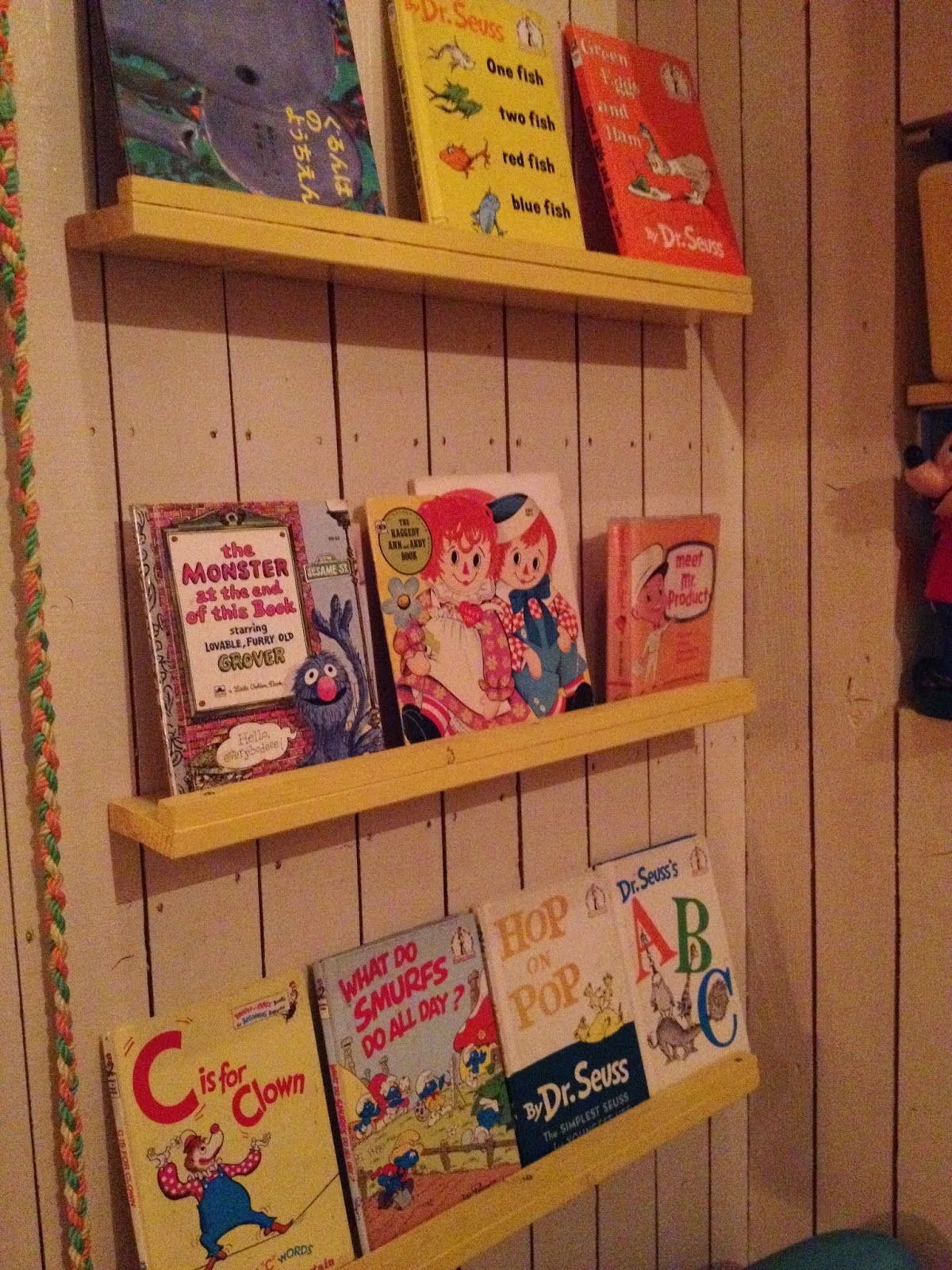 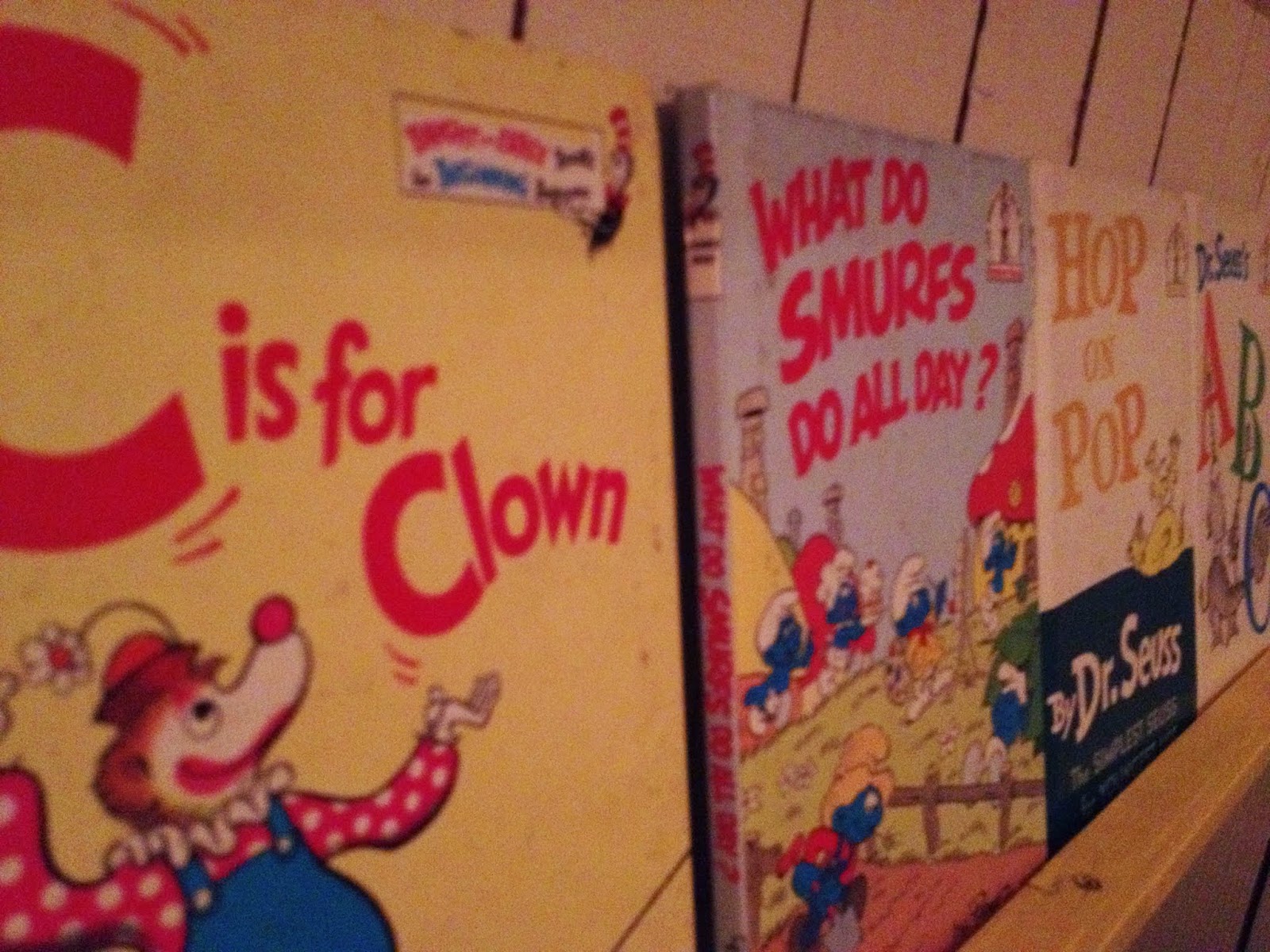 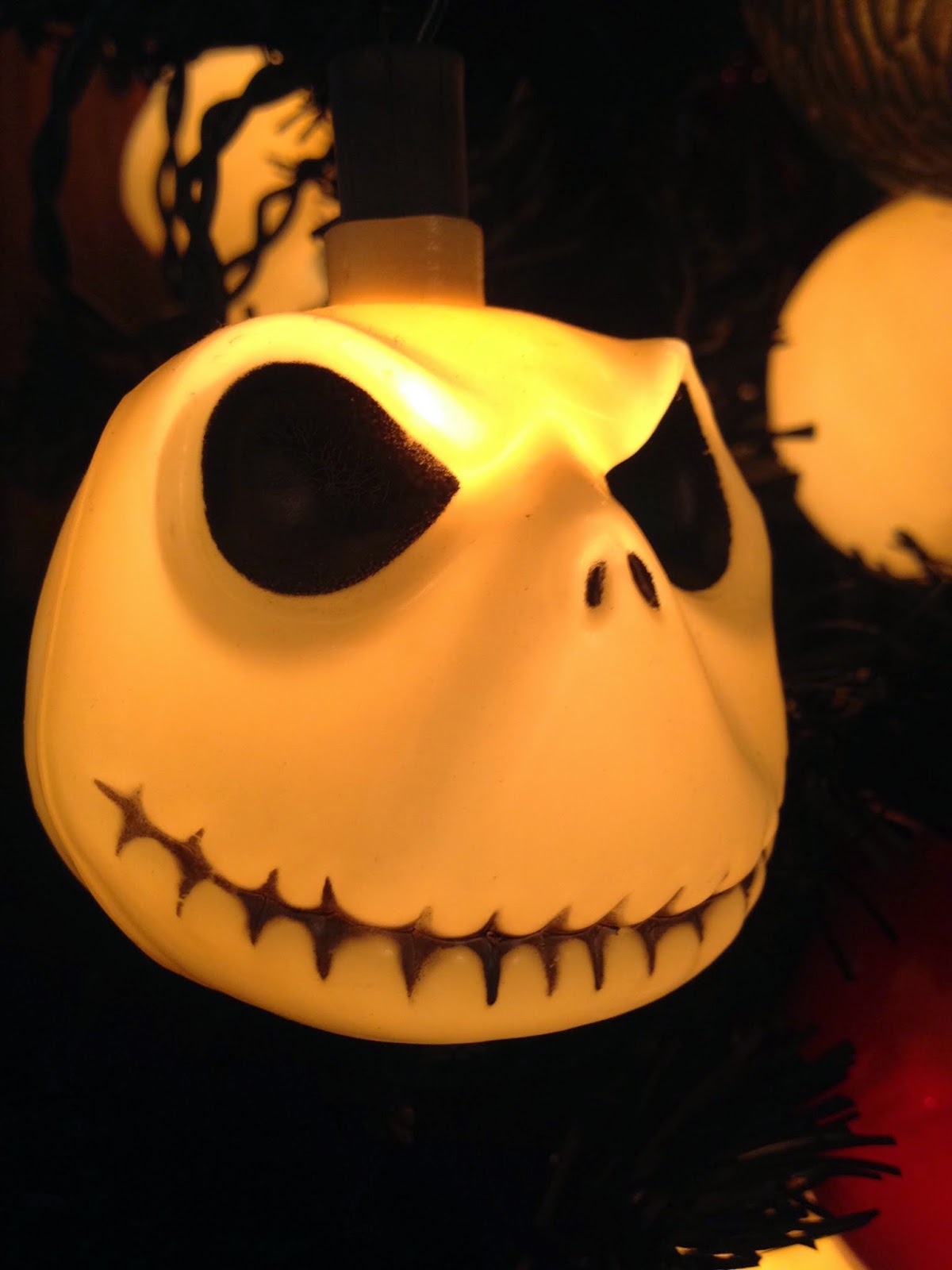 I've only been to Toy Box Cafe twice in my three years here, but I've enjoyed it both times. The burgers are juicy and well-sized! And for my birthday this year I was treated to my first banana split in three years: 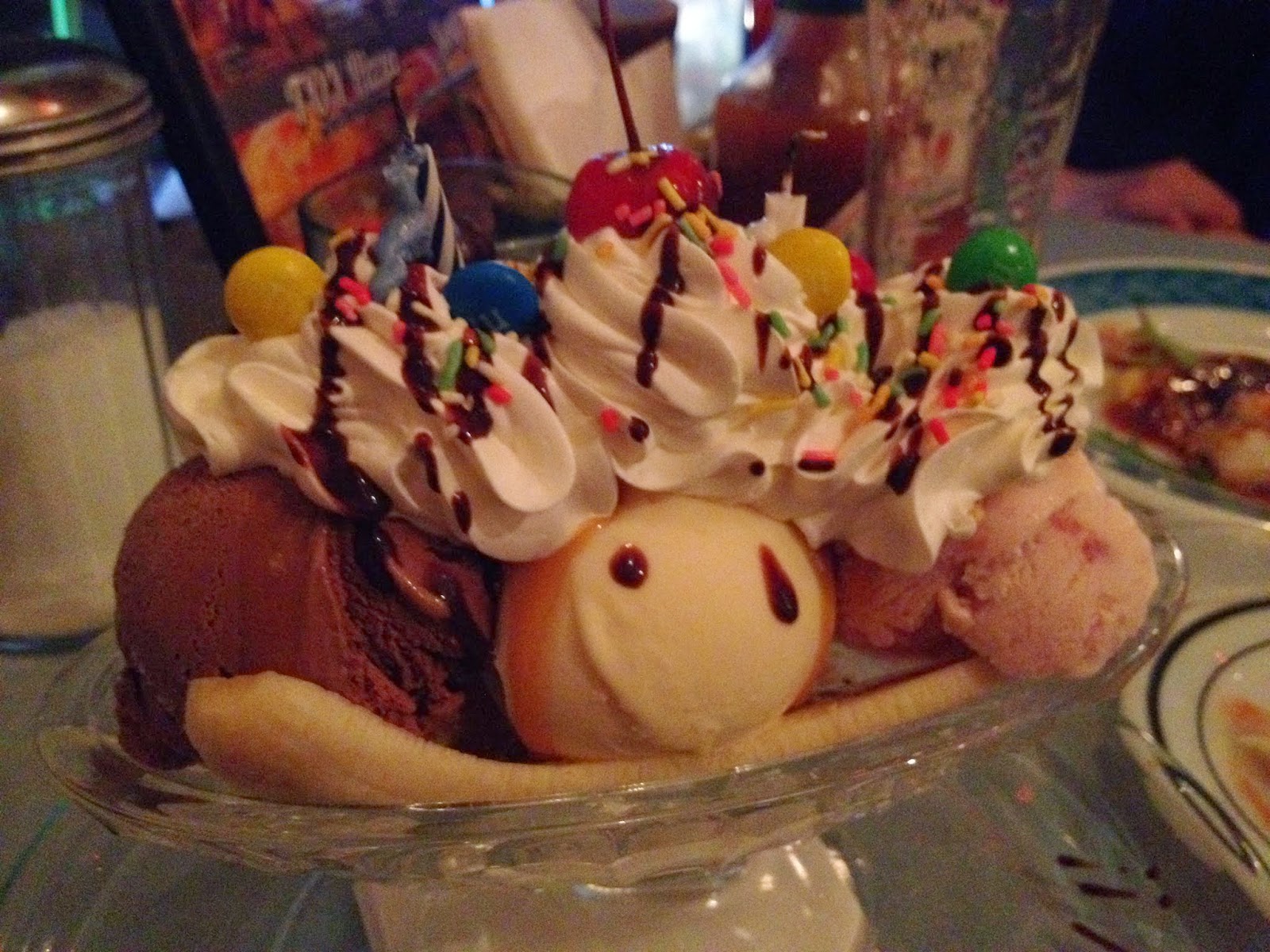 The staff is really nice and I think they understand a good bit of English, which certainly helps! It may be off the beaten path for most, but it's still relatively accessible and a better place to get dinner after a day at nearby Koshigaya LakeTown shopping mall.

I found another one of those strange chip flavors recently. 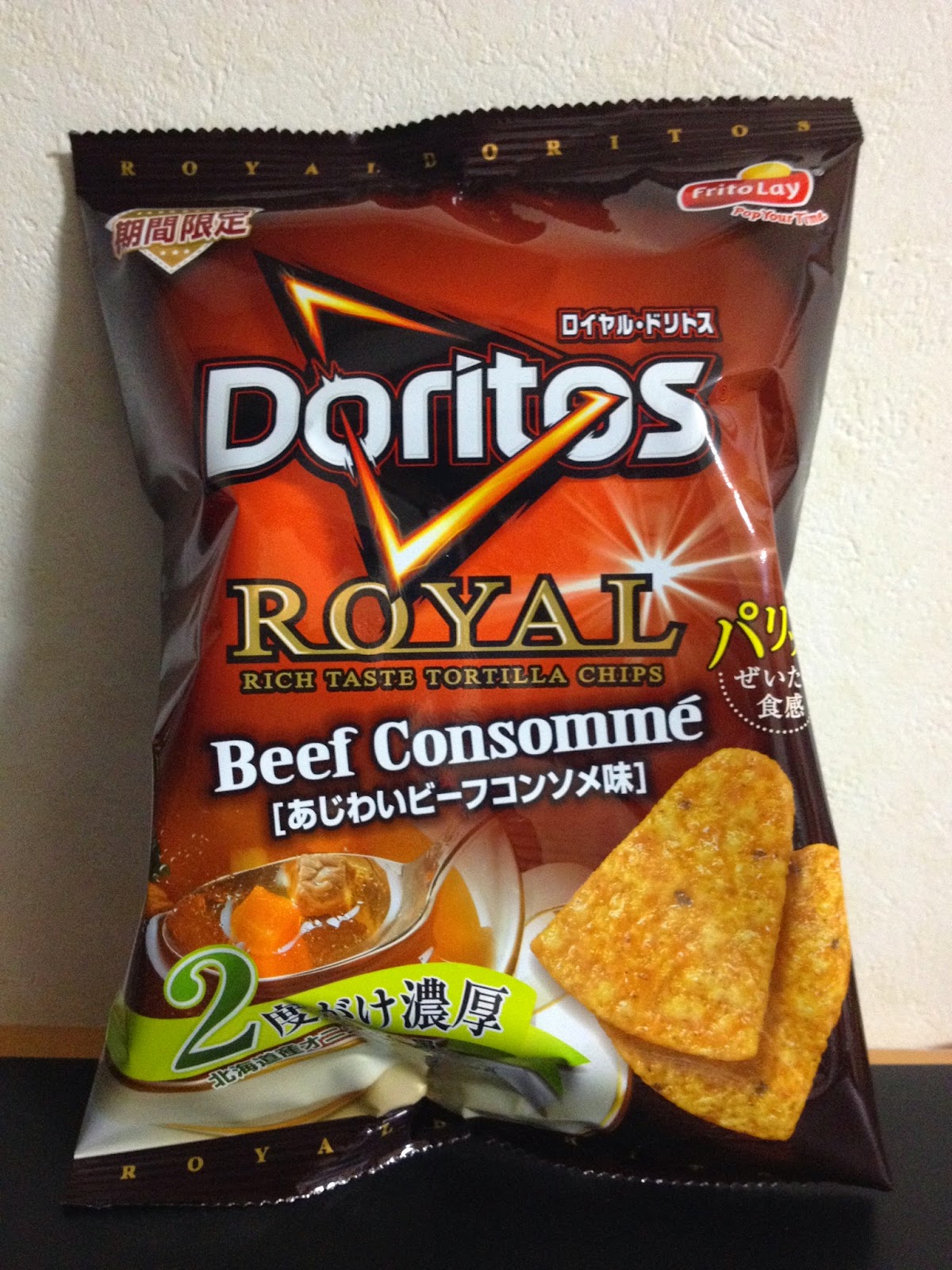 If you didn't bother reading the title, or the bag above, these are Beef Consomme flavored. Consomme is a strongly-flavored soup. In case you didn't know. 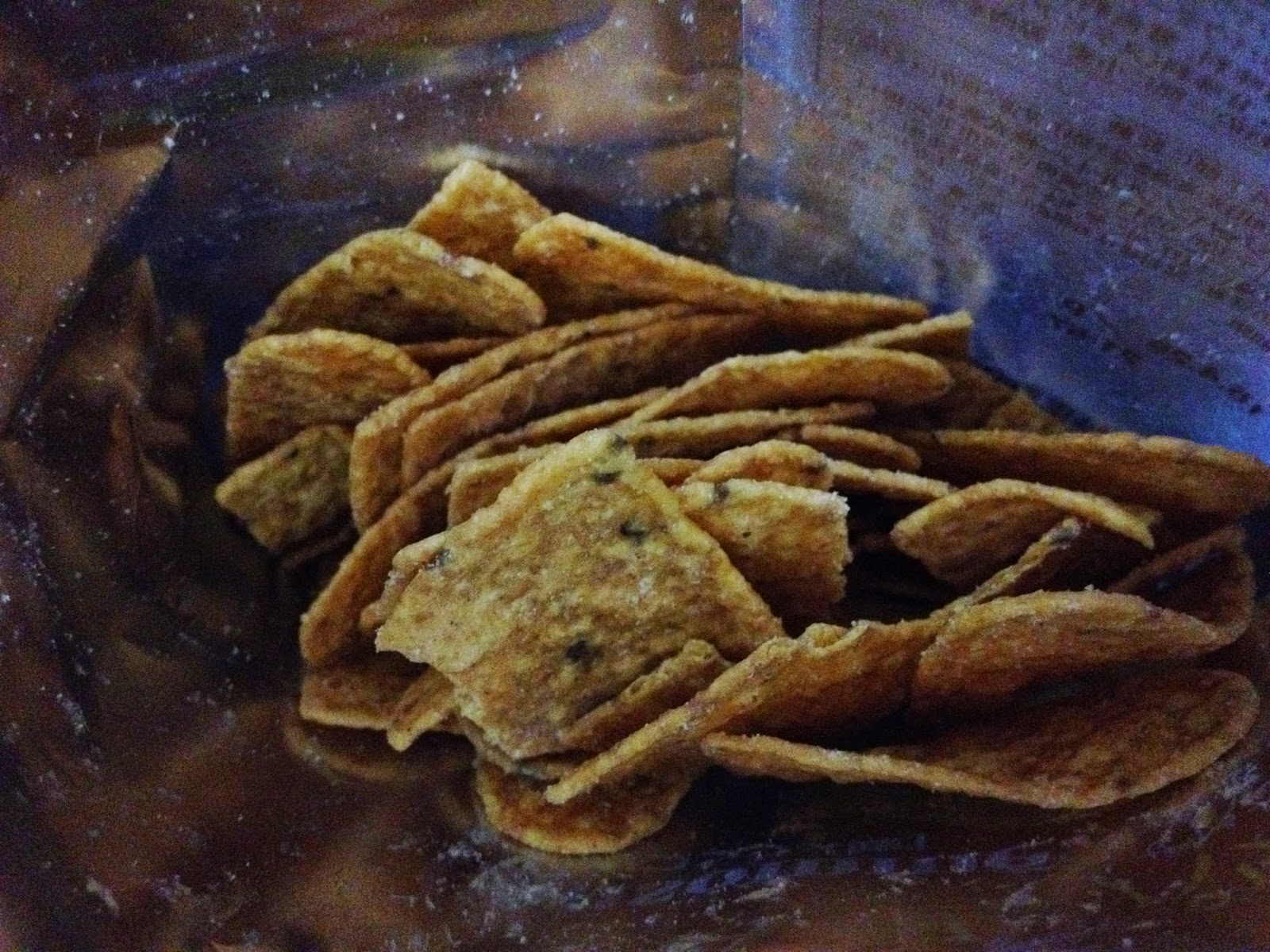 The chips have a strange color inside the bag, but are more orange outside. And as for the flavor, I don't think you can get much closer to a beef with vegetables flavor on a corn chip than this. They're pretty good, actually!

As always, each flavor in the Doritos Royal line lasts about one to two weeks before it disappears from shelves, to be replaced by something else. Recently, I also saw a taco-flavored chip and tried the "very spicy" taco flavor. Yes, two taco versions. The spicy flavor was just like a well-filled taco, with a decent kick. 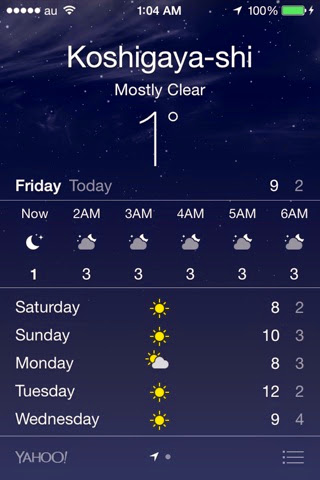