(Don't Just) Go for Gyoza: A Stop in Utsunomiya

Everywhere in Japan is known for something. Yesterday, I mentioned Sendai's "love" of beef tongue. Hokkaido has dairy, produce, and seafood. Kushikatsu in Osaka is delicious. 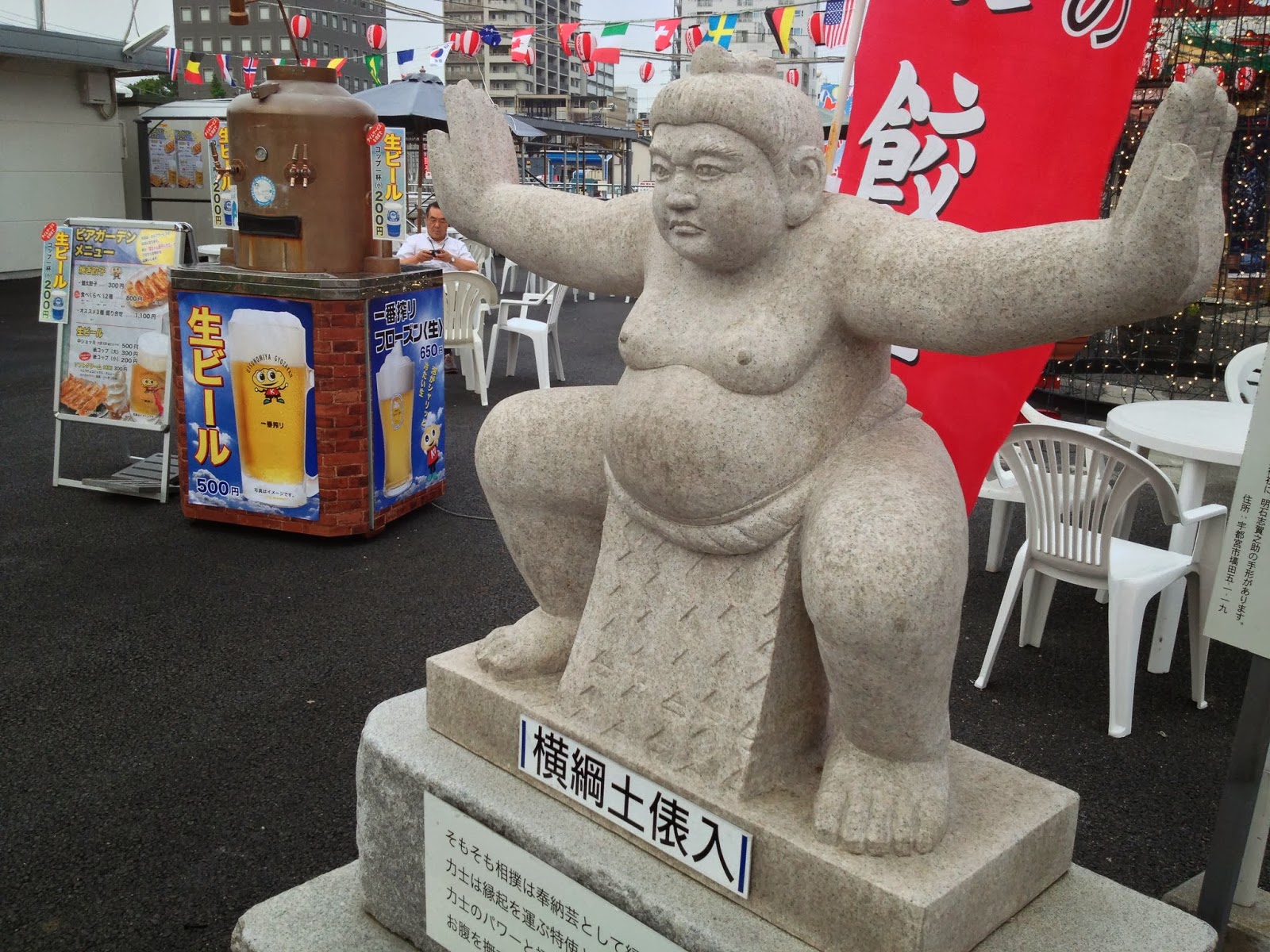 Utsunomiya, a small city north of Tokyo, is known for gyoza. For those who don't know, gyoza is the Japanese name for fried dumplings. They usually contain pork, cabbage, onion, and some other ingredients for flavor. 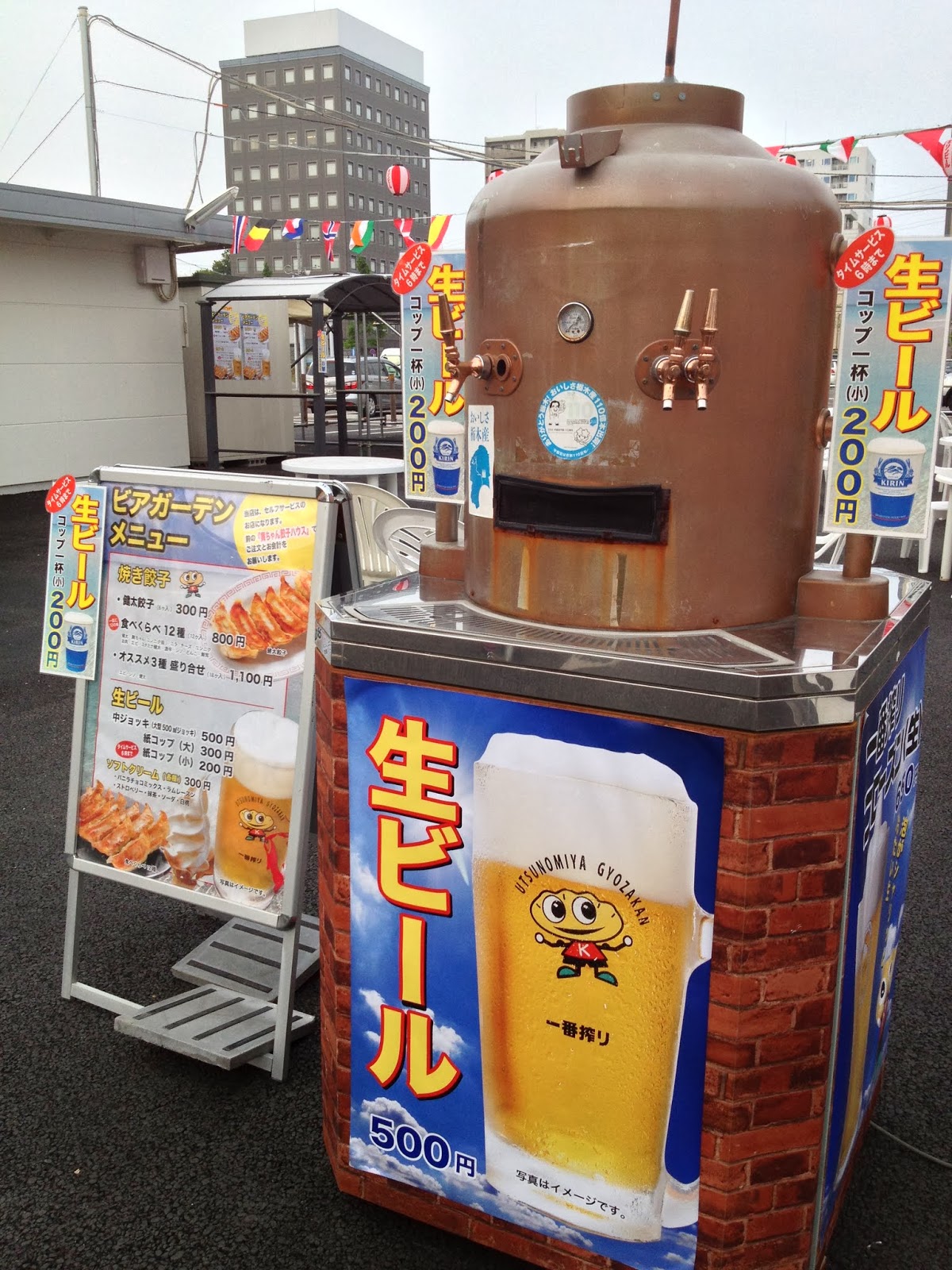 Like chicken wings and pizza, it's pretty tough to mess up gyoza. Japan's version stands out because it contains garlic, and you can find it almost everywhere. Really. I think every place that sells food is required to carry gyoza, by law. It's that common. 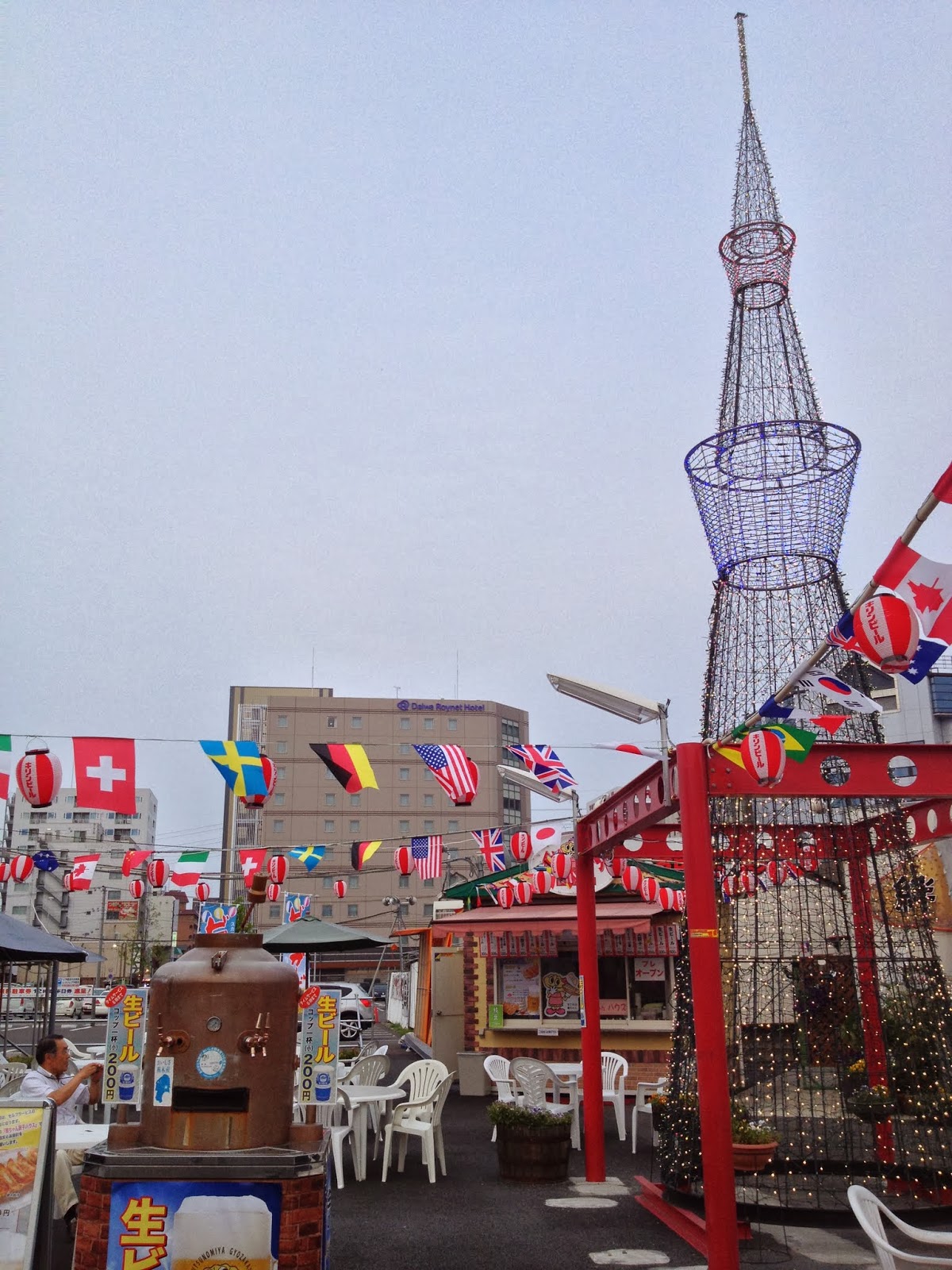 Utsunomiya's gyoza is supposed to be really good. I don't know about that, because one "standard" gyoza piece in Japan is just about the same as any other. But Utsunomiya has an outdoor and indoor gyoza "town" of sorts where you can get some of the "best" in Japan. 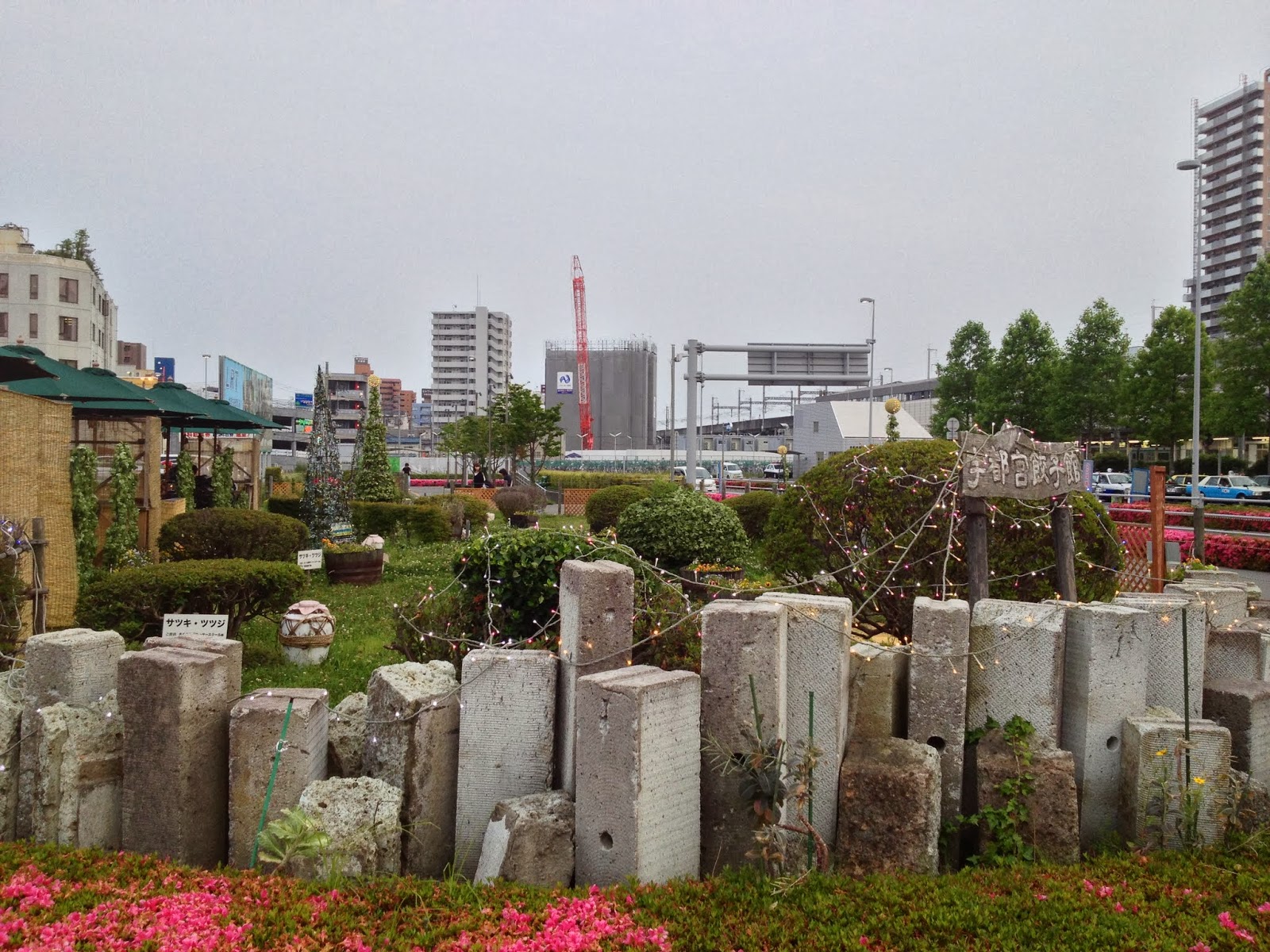 I wouldn't make a trip to Utsunomiya just for the gyoza. But it's a stop on the bullet train and for those heading north it is a good place to stop for dinner or a day break. Utsunomiya's gyoza is available in a ton of varieties. It's sauteed, deep-fried, boiled, and steamed. And beyond the usual, you can find all kinds of unique stuffings. I seem to remember a garlic gyoza (don't plan on going on a date afterward) and various spicy versions. 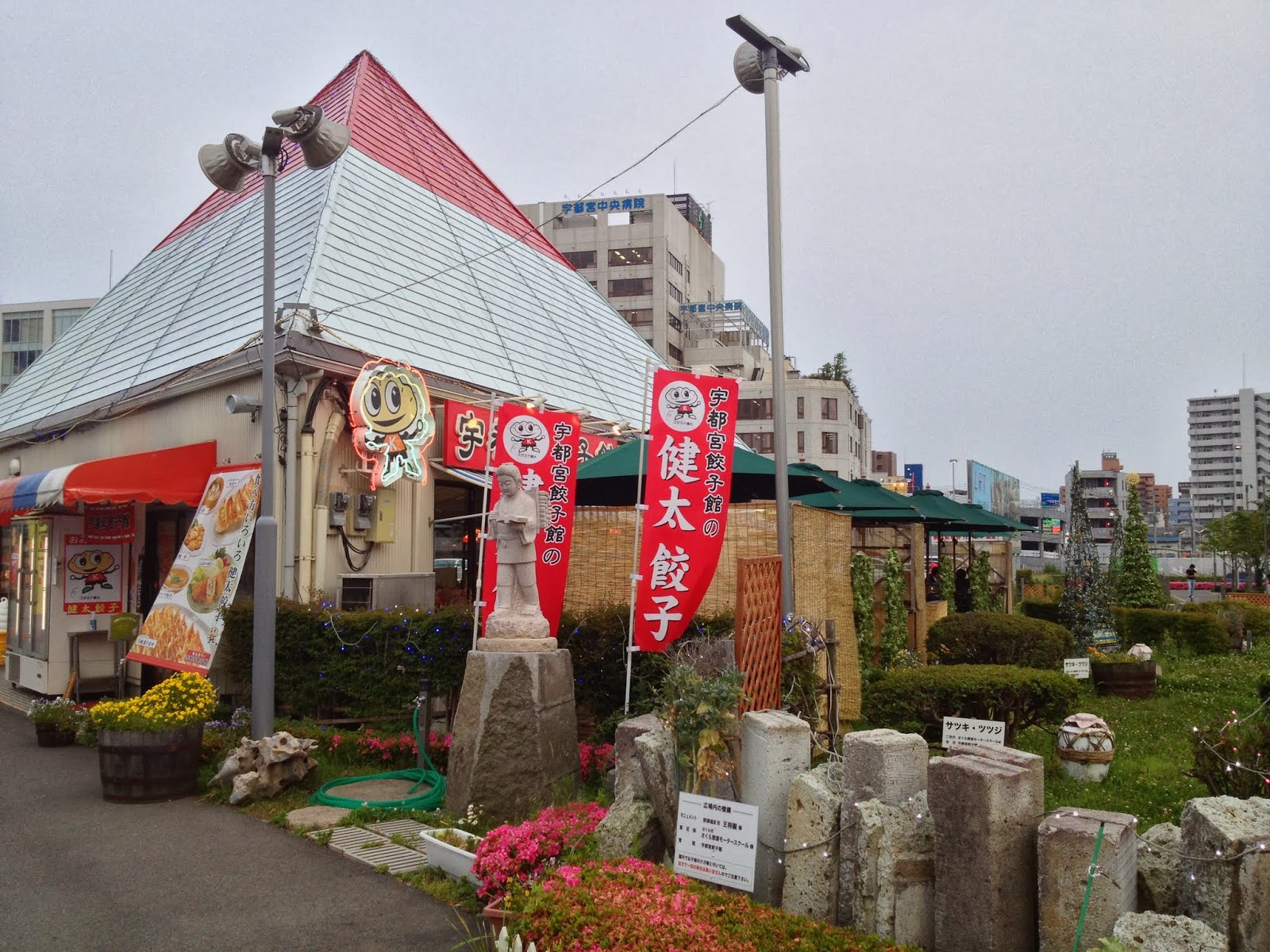 Gyoza can be found all over Utsunomiya, of course. The large department stores and malls around the station have plenty of restaurants. I was taken to a place right outside the east exit of Utsunomiya Station, where a few restaurant buildings have been built along with several monuments and a park-like setting. This is essentially a gyoza hub, with plenty of options and beer for those looking to get their fill.

The place we went to had a plate of 12 gyoza pieces, with 12 different flavors. They were all good, and if I have the opportunity to stop on the way I'll do it again. But I wouldn't recommend going all the way to Utsunomiya just for fried pork dumplings.

Utsunomiya has a few sights around town, and a jazz scene of sorts. It's also a transfer point for JR riders to get to Nikko, so it can serve as a dinner stop on the way back to Tokyo. Note that tourists looking to go to Nikko and not using a JR Rail Pass should probably use the Tobu line from Asakusa. It's faster and cheaper and the Tobu Nikko station is closer to the sights. The bullet train to Utsunomiya takes under an hour from Tokyo Station; using local trains takes two hours. Utsunomiya's modest sights include a shrine, a cathedral, a park, and a reconstructed castle.

If you are traveling between Tokyo and Sendai or further, you should be able to leave the train in Utsunomiya for a while and catch a later train for the rest of your journey. There are some restrictions especially with reserved seats and it depends on the distance you're traveling; it is best to check with an English-speaking attendant to be sure, and for details on how to do this.
Posted by Ryan G at 2/23/2014 03:00:00 AM