Busy as a Bee

It's been a long time. I've been so quiet on the blog and Facebook that my mother might have actually thought I died. But all is well, if hectic. 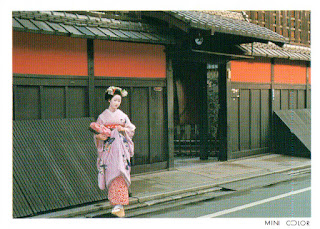 So what have I been up to? A lot, but nothing much at the same time. My schedule changed about a month ago, and I'm working two extra hours a week. Those two hours make a big difference though, because that's when I would do laundry and clean up my apartment. The extra hour was like a little mini-vacation, even if I spent it doing chores.

Work itself is busier, too. I've got two extra kids classes so my prep time has really increased. Tuesdays (six classes), Wednesdays (six classes, including five straight), and Saturdays (seven classes, sometimes with five straight) are quite busy, and even Thursdays stay pretty full (five scheduled hours). Friday may have only three or four classes (depending on the week), but that's when I get ready for my Saturday kids classes (three or four each week), And tomorrow I'm doing two demo lessons - that takes 20 minutes, plus prep. There are a lot of new students around this time of year, preparing for the next school year that starts in April.

I worked Sunday last weekend. I had four scheduled classes, though two of them didn't happen. But I had a demo lesson too. I love Sunday schedules, and it brings extra money, but then it also takes up half of my day.  After work I hung out with a friend, and it ended up being a nearly-24-hour event.

I've been busy exploring, hanging out with friends, and just trying to organize my tiny apartment. After a year of living in this room, I've accumulated a decent collection of souvenirs and goods and I've been inventorying my knicknacks, and deciding which clothes to get rid of (I've lost a lot of weight over the past year and I've replaced a lot of my work and casual clothes).

March's schedule is stacking up too - another Sunday workday, a party, more social events, and hopefully a bit of sightseeing too. Meanwhile, I hope to get back to posting, too. I've been planning a trip to Kyoto and Osaka for Golden Week so I've provided you with a couple images from a set of Kyoto trading cards I found at a flea market. 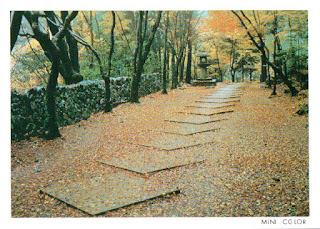