Being an American holiday, Thanksgiving is pretty much exclusive to the US. What's a Yankee supposed to do in Japan this time of year?

Turkey isn't exactly popular here, though I'm not sure why not. Subway has a turkey sandwich (the Subway shop in my area closed for renovations quite some time ago), and you can find the meat in stores, but not at all like back home. Stuffing? Forget about it. Cranberry sauce doesn't exist either.

I've read that there are some restaurants where you can get a Thanksgiving dinner, but it looks like the options in Tokyo start around 4000 yen. I can make due with a turkey sub, though there's one Thanksgiving dish I really miss. 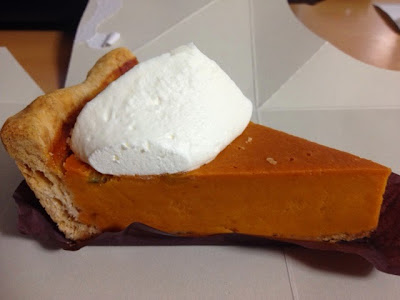 Pumpkin pie isn't exactly popular in Japan. Pies in general can be tough to find, as Japan prefers cake. I've made my own pumpkin pie before, and I'll probably visit the import store to see if I can bake one here (my microwave oven can function as a regular oven too). But I saw the above piece of pumpkin pie at Starbucks and dropped over $4 for the small slice of goodness.

It has a lot of pumpkin flavor, and it's somewhat "chunky" in a homemade style, with a couple pieces of pumpkin (or other gourds) inside. The crust was pretty good, flaky but not too tender, with good buttery taste. The whipped cream is pretty heavy and tastes like it should.

Hopefully I can get the supplies (in other words, pumpkin filling and pie crust) necessary to make my own. Otherwise, I might have looked at my only piece of the pie this year - literally and figuratively!
Posted by Ryan G at 11/25/2014 06:16:00 AM No comments:

So you might have noticed that I've been quiet lately when it comes to the blog.

I'm not exactly sure what I've been doing. But instead of moping around and typing out my miniscule problems, I'll share a video I came across today from SNL.

I've been living in Japan for almost three years now, and this skit is pretty funny. I've met several people in America like this before coming to Japan, and seen several here in Tokyo while out during the weekends. Several students at the school I used to teach at wanted a Japanese foreign language class, just so they could understand Sailor Moon and Naruto.

And it also brings to mind the opposite - Japanese kids who are "American Culture Enthusiasts" - namely the "hip hop fashion" style that continues to be popular here. Just a couple hours ago, a teenager was standing around the station with baggy pants and an oversize jacket with logos and designs similar to what you'd see either on rap stars or on gang members.

In LA or New York (or many other places) he and others might actually get hurt being dressed that way, as many teens carry or wear colored bandannas that in the States identify which gang you belong to. I've seen girls with one pants leg rolled up - another sign of being in a gang.

And there are tons of stores in Tokyo where you can buy these clothes, from the malls to Harajuku and Shibuya to Ameyoko-cho near Ueno. (I know that hip hop fashion isn't always gang fashion and vice-versa, but for boys especially it tends to run together, and like JCE's in the US, Japanese kids don't always know the difference.)

I wouldn't call myself a Japanese Culture Enthusiast by any means. I enjoy real actual life in Japan, which isn't all that different from American life in many ways. But I do like to use a bit of Japanese from time to time (though I really don't know much), I find myself following Japanese customs (bowing, sort of, for example), and I've collected a large amount of Japanese cultural souvenirs. I prefer chopsticks in many cases and I've been moving toward more and more Japanese meals. But I've never thought of myself as Japanese.

I pose a question to my readers: is being a culture enthusiast, and trying to adopt another culture's styles and mannerisms, racist? Are the characters in the video ignorant?
Posted by Ryan G at 11/23/2014 05:42:00 AM 3 comments:

My last real post tossed more than a stomach's full of snacks and treats that you could give to Halloween trick-or-treaters. There were a few left over snacks and while at work last week I had a couple bags. 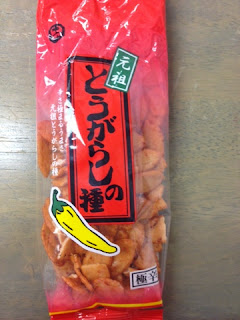 The first snack loosely translates as Pepper Seeds. They're chip-like snacks shaped like large seeds. As you might have guessed by the red bag and picture of a sport pepper on the front, they are spicy. The bag isn't that large, but the pieces are packed in pretty well so it took me a few snackings to finish it all off! 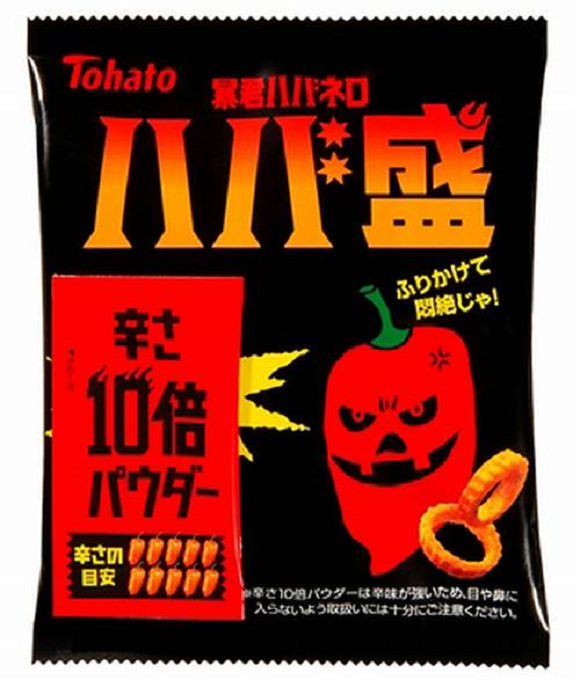 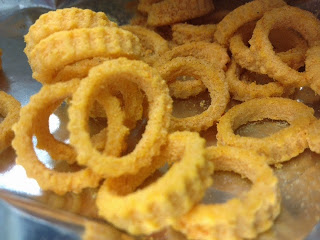 How about some habanero peppers? This evil-looking black bag houses tiny rings of fire. The actual snack isn't too spicy, but it does have a kick. The real power comes in that little red envelope attached to the bag.

Inside that envelope is spicy powder - very fine powder, which you can see on the picture of the snacks themselves. And while that powder isn't too spicy in my mouth or stomach, it's fine enough that it finds its way into your sinuses, and that's where the kick comes from. It's almost like sticking that powerfully spicy Chinese mustard directly into your nose. It's a good snack, but I wish that powder wasn't so powdery!
Posted by Ryan G at 11/17/2014 05:25:00 AM No comments:

I had planned to post a bit while I was on vacation. Originally, I was going to queue up a bunch of posts to go live over the last couple weeks. But I was just way too busy preparing for the trip. And I was hoping to post while I was touring around Asia, but there was no time.

So I'm back! I will give you details on the trip sometime this week, once I get settled back in. There are clothes everywhere and piles of stuff as I unpacked - and from grocery shopping tonight.

Meanwhile, here's a nice Chinese Chicken video for you. I went to Hong Kong and Singapore. My favorite dish from the trip was chicken rice from Singapore.
Yes. That's a real thing. An actual Chinese music video. You can't unsee that kind of thing.
Posted by Ryan G at 11/11/2014 07:41:00 AM No comments: