I love movies and TV, and without the Internet I'd be lost and lonely. Tom Hanks has been one of my favorite actors long before I even knew it. The first movie I ever saw him in that I can remember is Big. As a child, I imagined that I would be just like him as an adult, especially filling my apartment with toys and games. Watching it as an adult and reflecting, I think I might have actually done just that. I'm certainly young at heart, I have plenty of toys and my interests are definitely not "mature" by most people's standards. And I still feel like a child when it comes to romance, something that movie touched on a bit.

As I grew older, I saw more of Hanks' movies: Turner and Hooch, The Money Pit, The 'Burbs. Naturally, as a big baseball fan, I saw A League of Their Own a few times in theaters and have watched it several times since. The music lover in me enjoyed That Thing You Do. His career has become more serious following Forrest Gump, but I've seen nearly everything he's starred in.
A couple weeks ago, I saw he was in a music video by Carly Rae Jepsen. The song itself has grown on me, and Hanks may be getting old, but he makes the video that much more fun just by being there.

And then, this came out:
I just watched this video which came out on Tuesday, and all I have to say is that it was totally awesome to see Tom Hanks play Tom Hanks. And the fact that he can have fun like this just makes me love him as an actor all that much more. After a very tough week both at work and at home, this was a great way to finish it off.
Posted by Ryan G at 3/28/2015 08:24:00 AM 1 comment:

The Strange Things You Find in Crane Games...

While in Nagoya over New Years vacation, I checked out a few of the "UFO Catcher" crane games, as I usually do. One particular store had an interesting item... 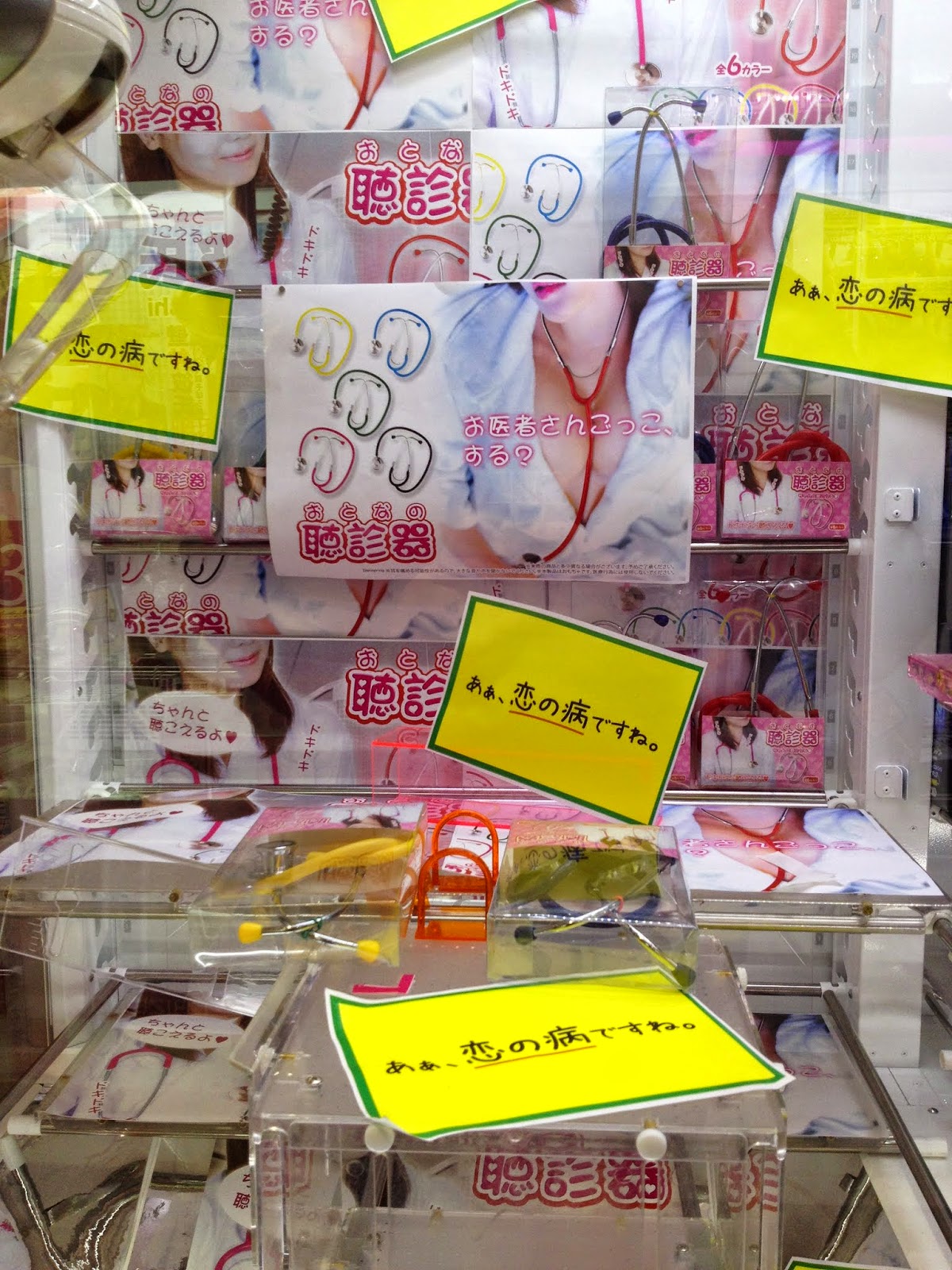 Stethescopes. For, I assume, playing doctor. I didn't try to play this machine.

I think I've seen other strange things in machines but never took pictures. I have heard of some games holding household goods like dish soap! And recently I've seen those "selfie poles" in a few locations.

Japanese music can be pretty good. J-Pop may be a bit different from American pop like Taylor Swift and Ariana Grande, but it's fun and peppy.

I'm more of a rock guy. Queen, Bon Jovi, and Aerosmith are all favorites. There's something special about women handling an instrument though, and the latest Japanese rock group has eight of them. The thing to keep in mind here is that these are all junior high school students, which puts them all at 13-15 years old.
The full version of the music video, above, starts off like a scene from the end of a movie about junior high school, with a peaceful piano solo ... then the girls show up in the school's field with giant inflatable hearts and dead bunnies (?!) and the rocking begins. 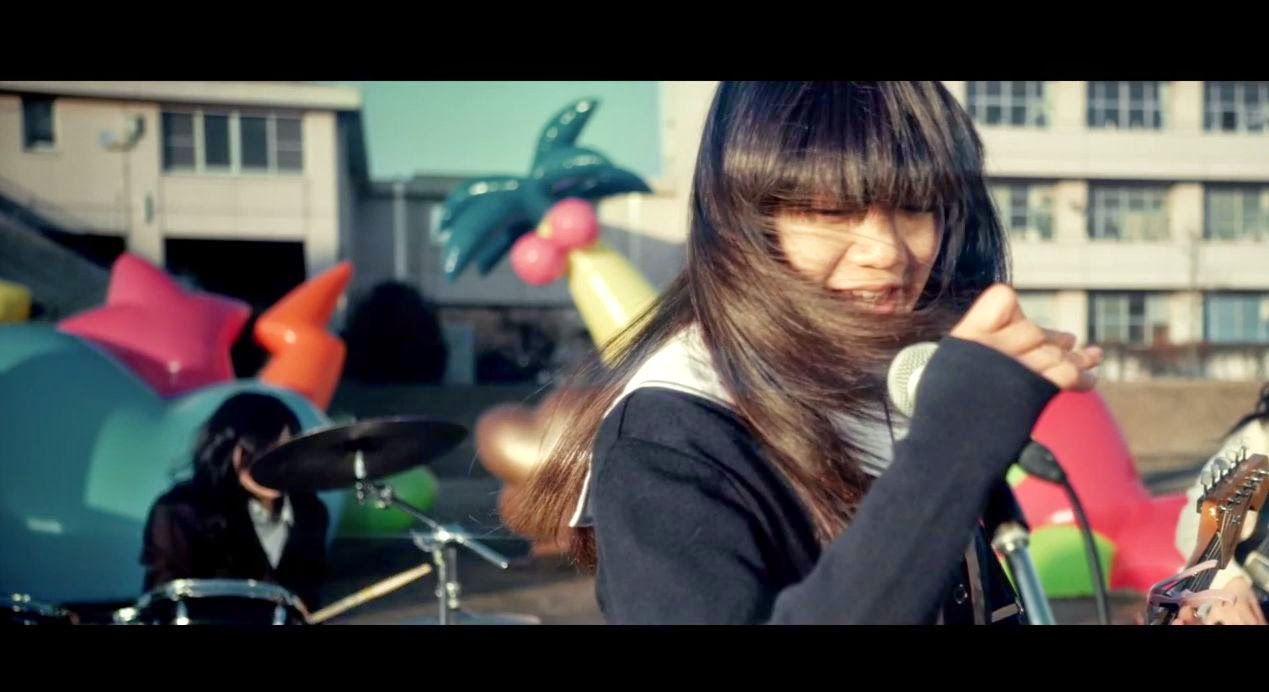 The chorus is simple but catchy, and there isn't very much singing going on, with more spoken-word lyricizing occuring. It's still fun. 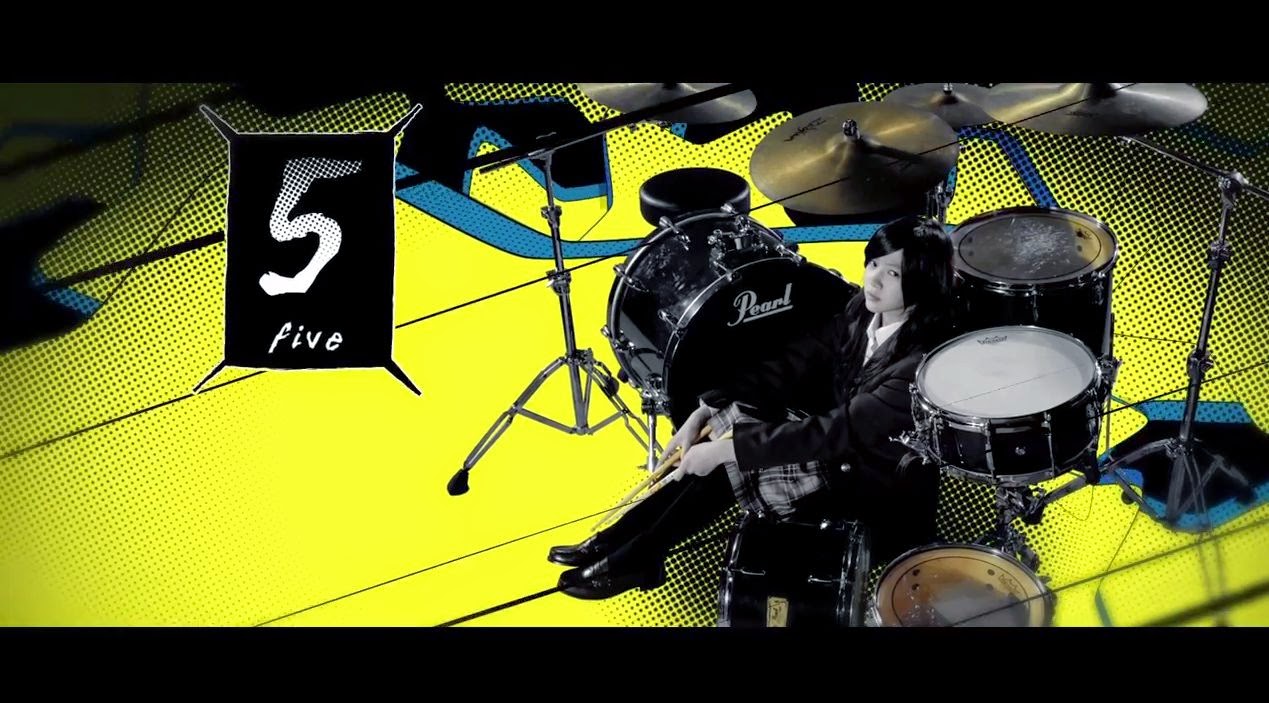 About 2/3rds through the video, we are introduced to the members of the group in a way that reminds me of Sin City or similar movies. 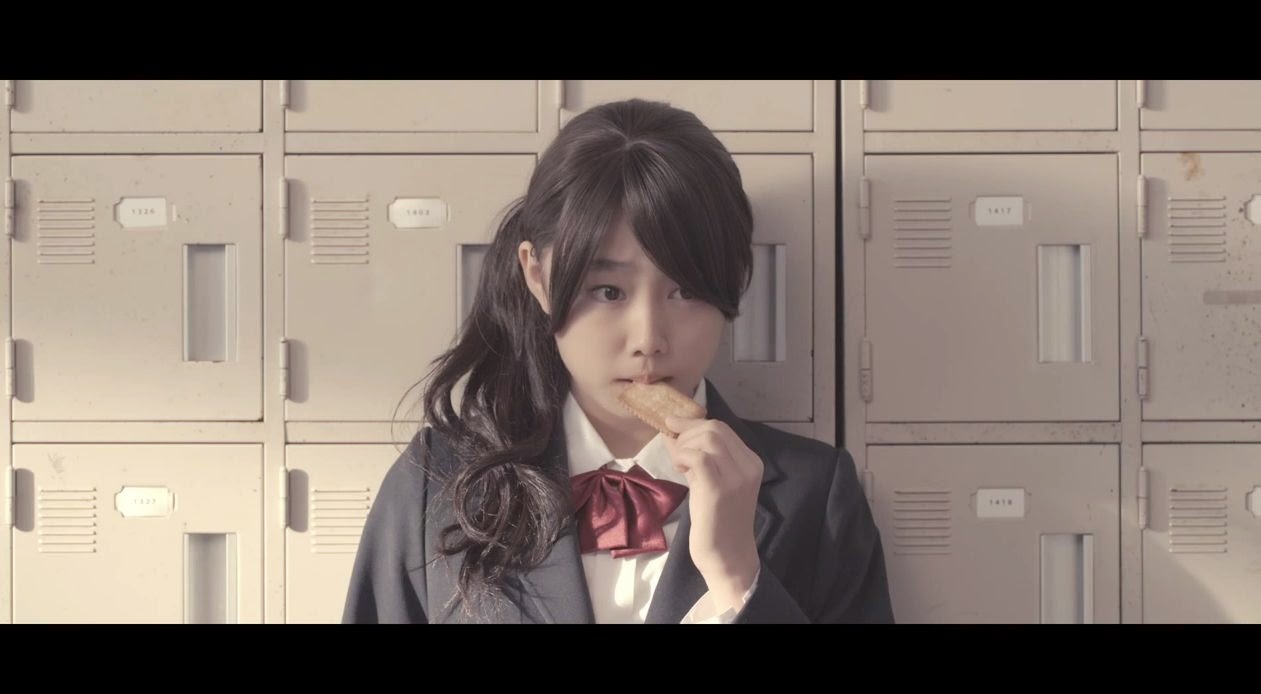 Then, everyone eats cookies. I don't understand the lyrics so I don't get the symbolism, if any. But the imagery is similar to that used during the piano solo. And there is a reason they are eating cookies. 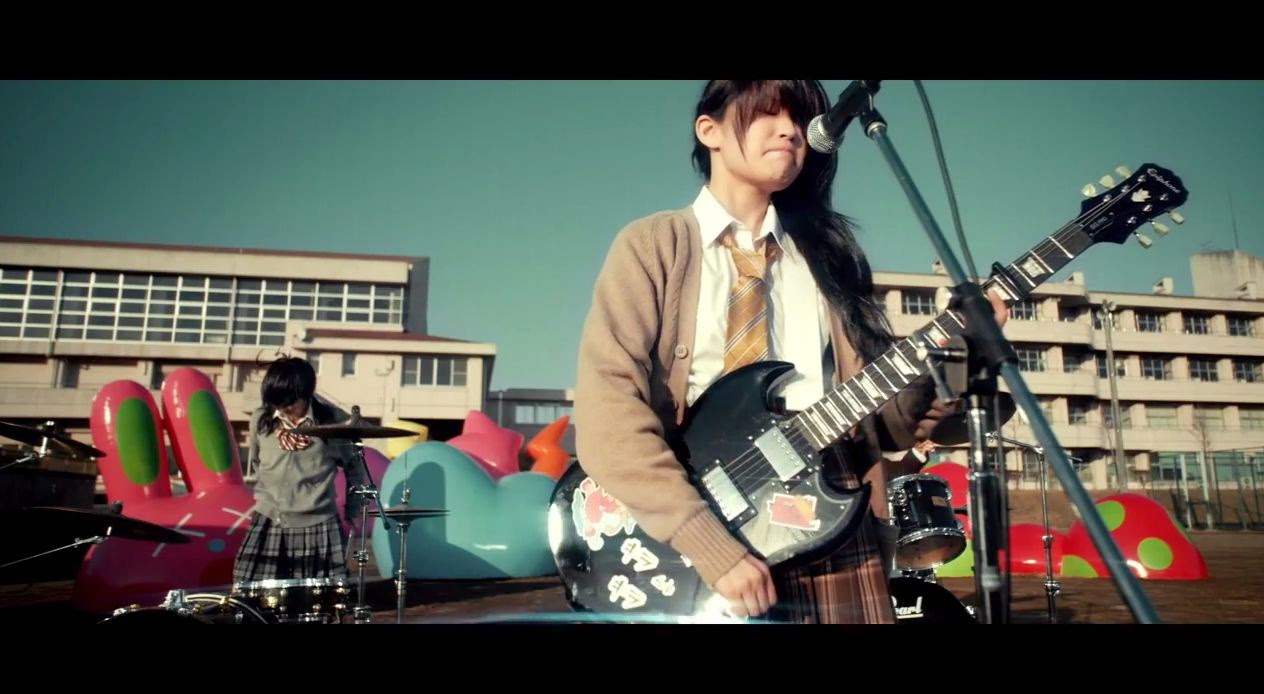 There's a lot of slowed down high speed film cuts too, which look pretty cool. The song ends with a very anime-ish tsundere yell and everyone stops playing.

Female rockers aren't very common, especially in Japan. 五五七二三二〇 definitely has produced-pop feel to it, but the music itself is loud and hard. I'm certainly enjoying it! I've listened to the song a few times today as I've been writing this article. As for the names and stories of the girls involved, that is being kept a secret because, as their promotional website says, they want to focus on musical and academic activities.

So, about those cookies. If you look at the promotional group image near the top of my post, you'll notice a package of coconut sable cookies and images of the cookies scattered around the group. The translation is a little hard to fully understand, but it appears that the group was put together to celebrate the 50th anniversary of the cookies.

I'm sure the film-like clips of the girls eating cookies are going to be used in commercials in the near future if they aren't already, and this may be all we see from this group. But who knows, there may be a follow-up this summer (hopefully with more singing included). The single will be available on iTunes (worldwide, it seems) on March 25th.