Most people who come to Sapporo don't take much time to enjoy the architecture and scenery the town has to offer. They take a walk over to the clock tower and take their picture, and they might go up the TV tower, but for those with a couple hours to spare, the campus of Hokkaido University is perfect for a nice stroll. 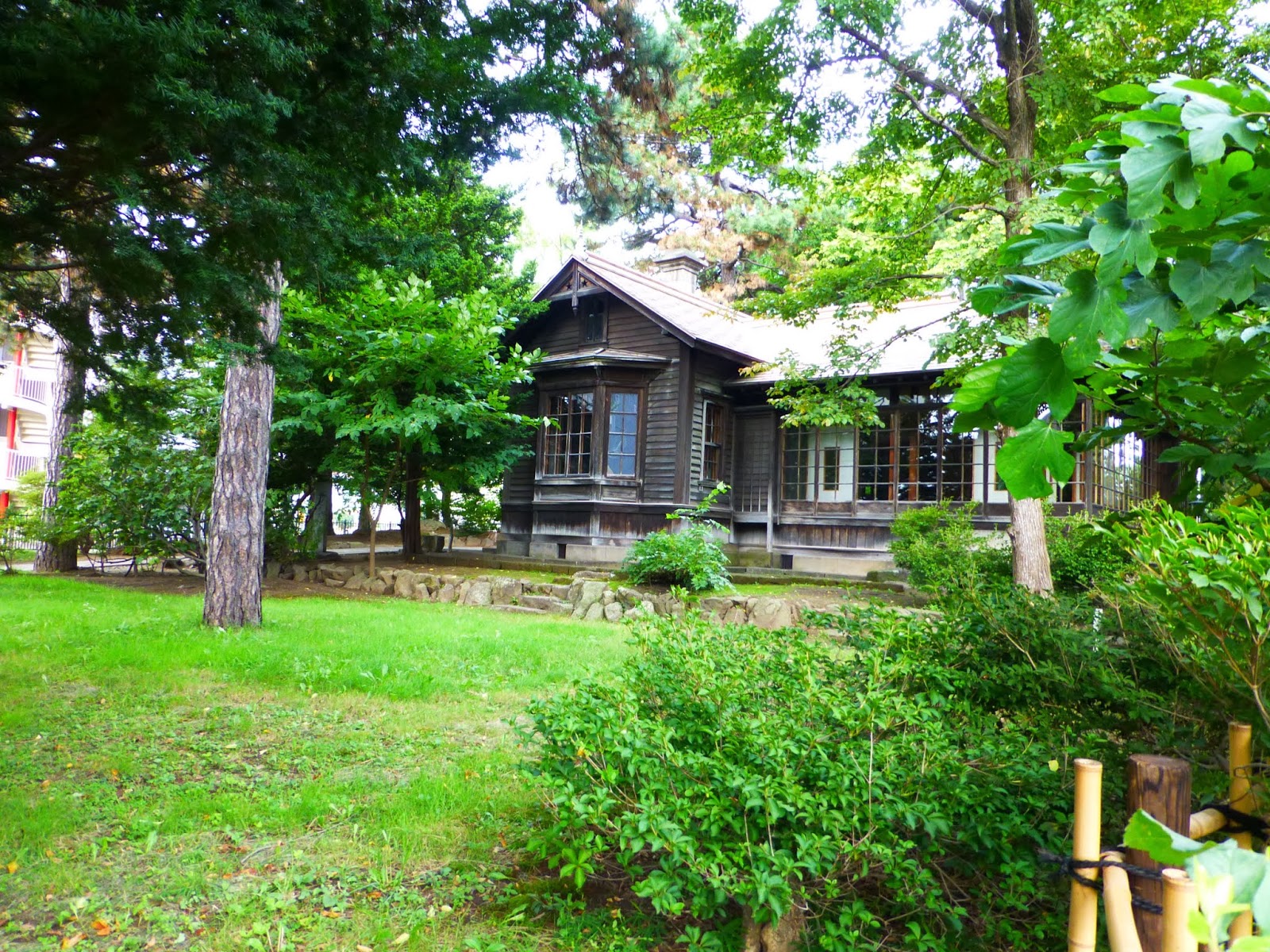 Of course, you can start at the clock tower, several minutes south of Sapporo Station. But on the north side of the station, to the west, is a nice old house, the Seikatei Historical Residence. 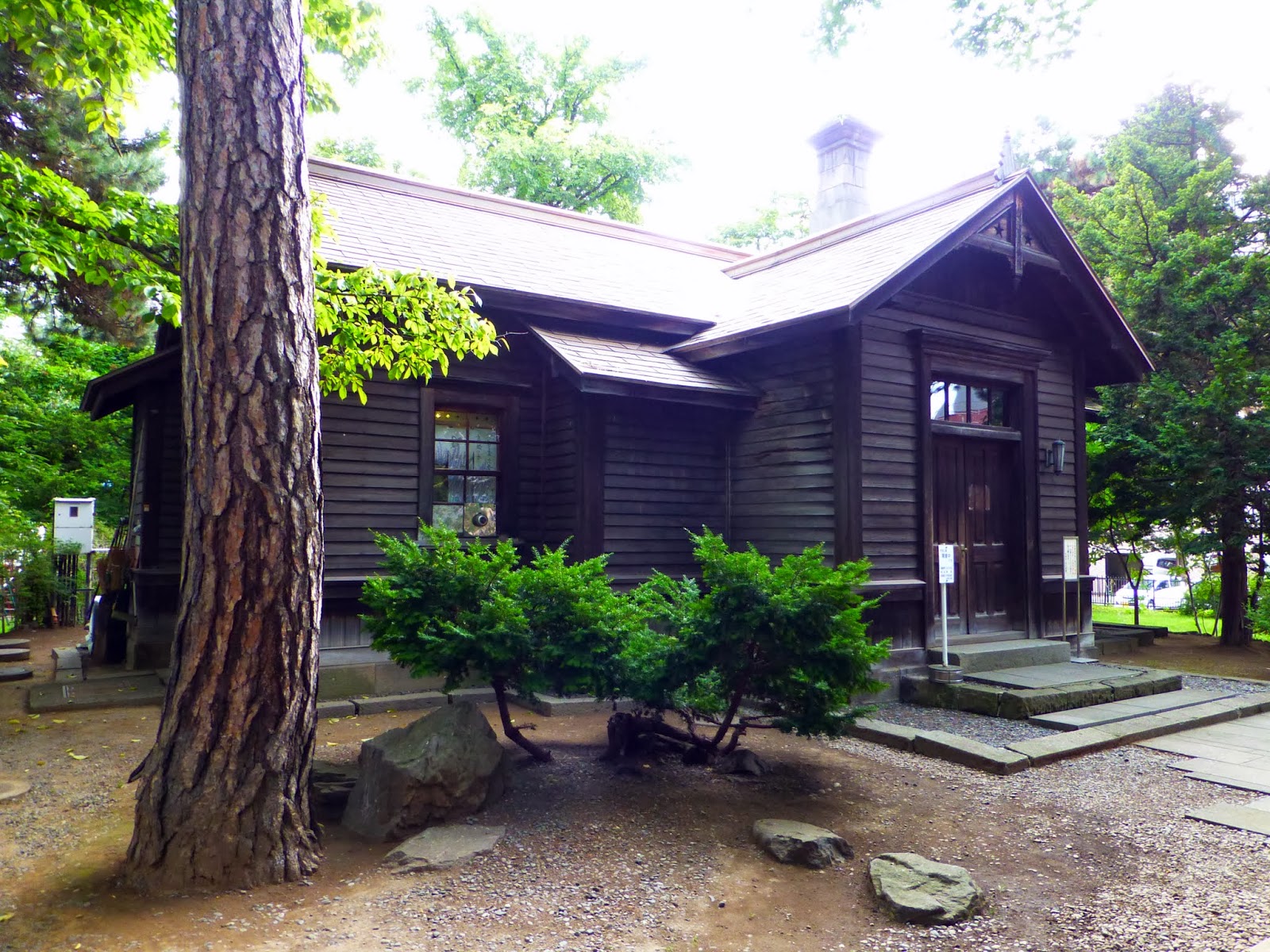 In contrast to the modern buildings without yards surrounding it, the Seikatei Residence has old trees and a very rustic feel. The house is open for tours, but due to the typhoon earlier in the week, I only had time in the early morning to stop for a couple pictures of the outside. While the residence isn't associated with the university, its proximity to the campus and quiet grounds are a great primer for the rest of my adventure. 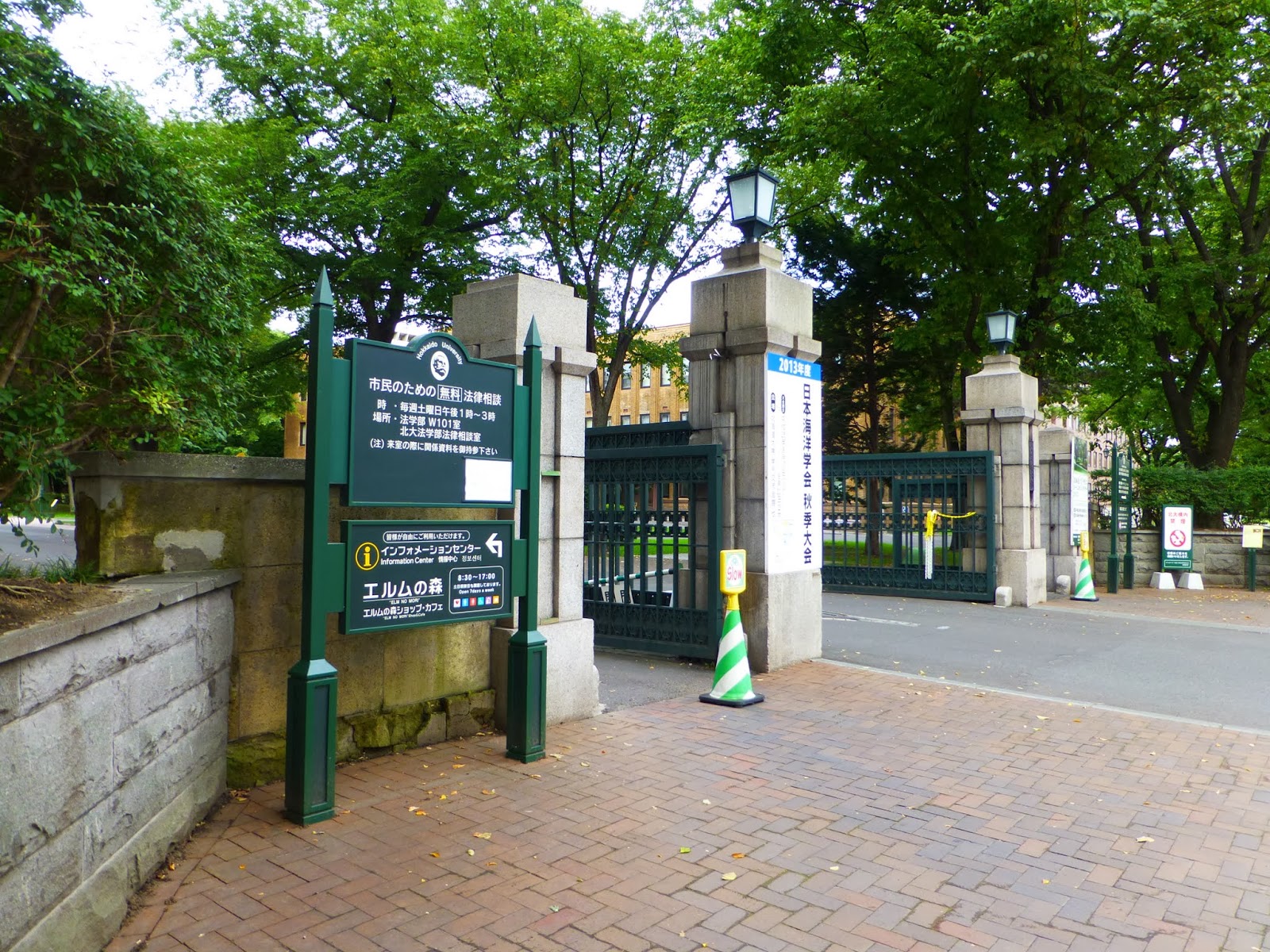 Continuing north for several blocks brought me to the south-eastern entrance to Hokkaido University. During the school year, you'll see plenty of students walking around campus and people out to get some exercise. 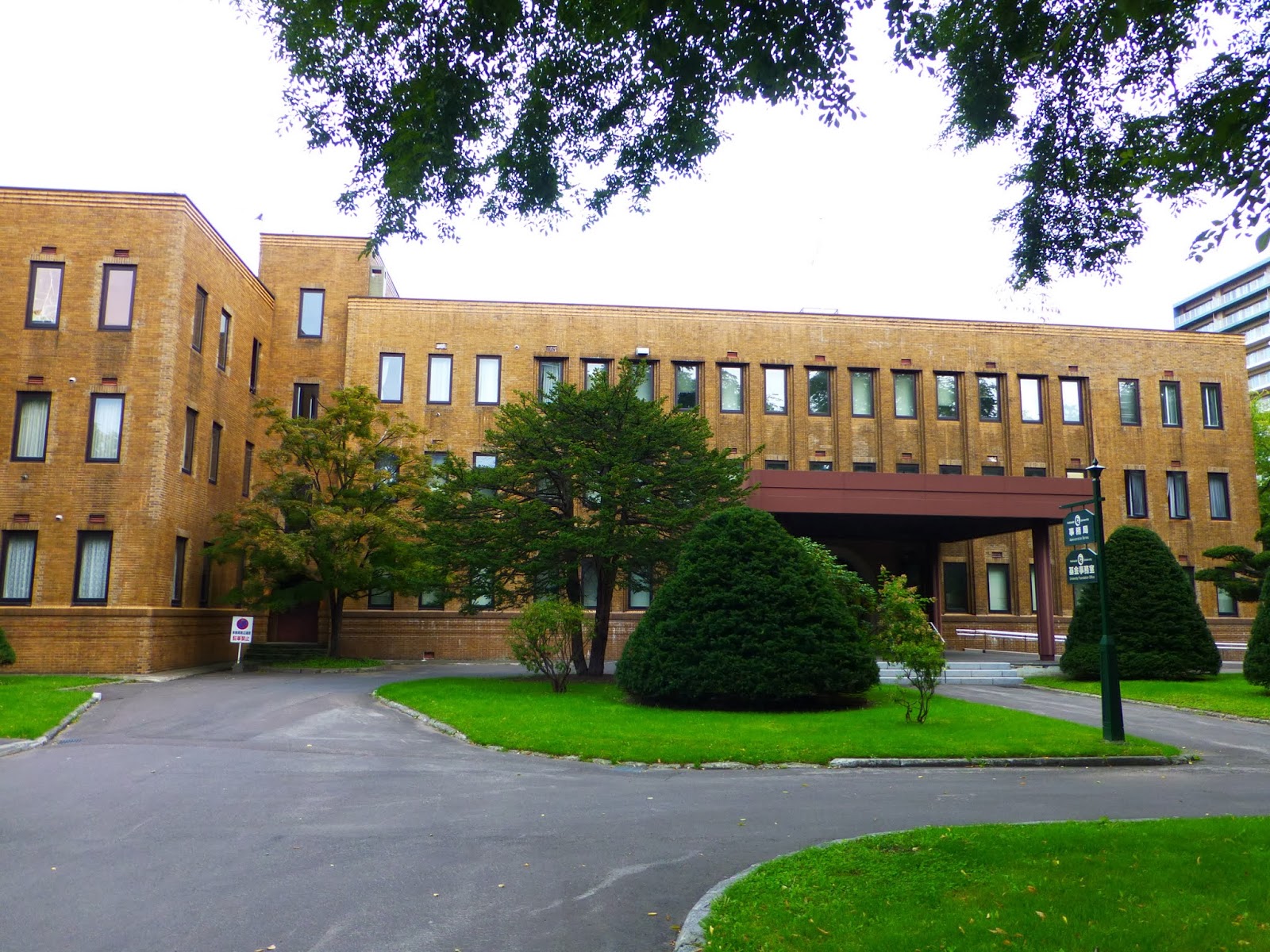 Moving from south to north, I followed a generally straight path with a few diversions. The first building I came to was the current Administration Building (formerly a classroom building). This was built in 1935, expanded in 1937, and has seen some cosmetic additions as recently as 1977. 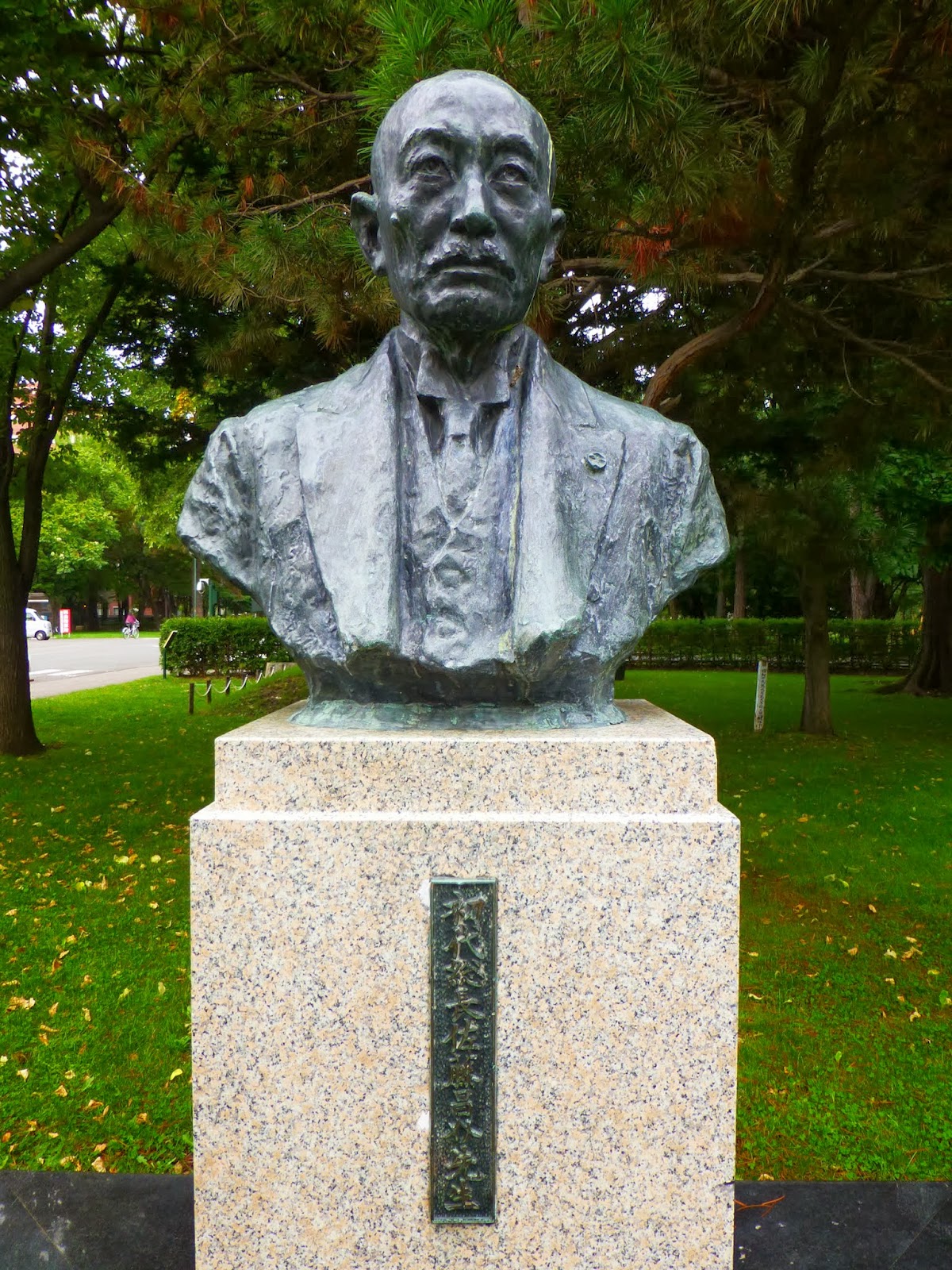 This bust sits to the left of the entrance. 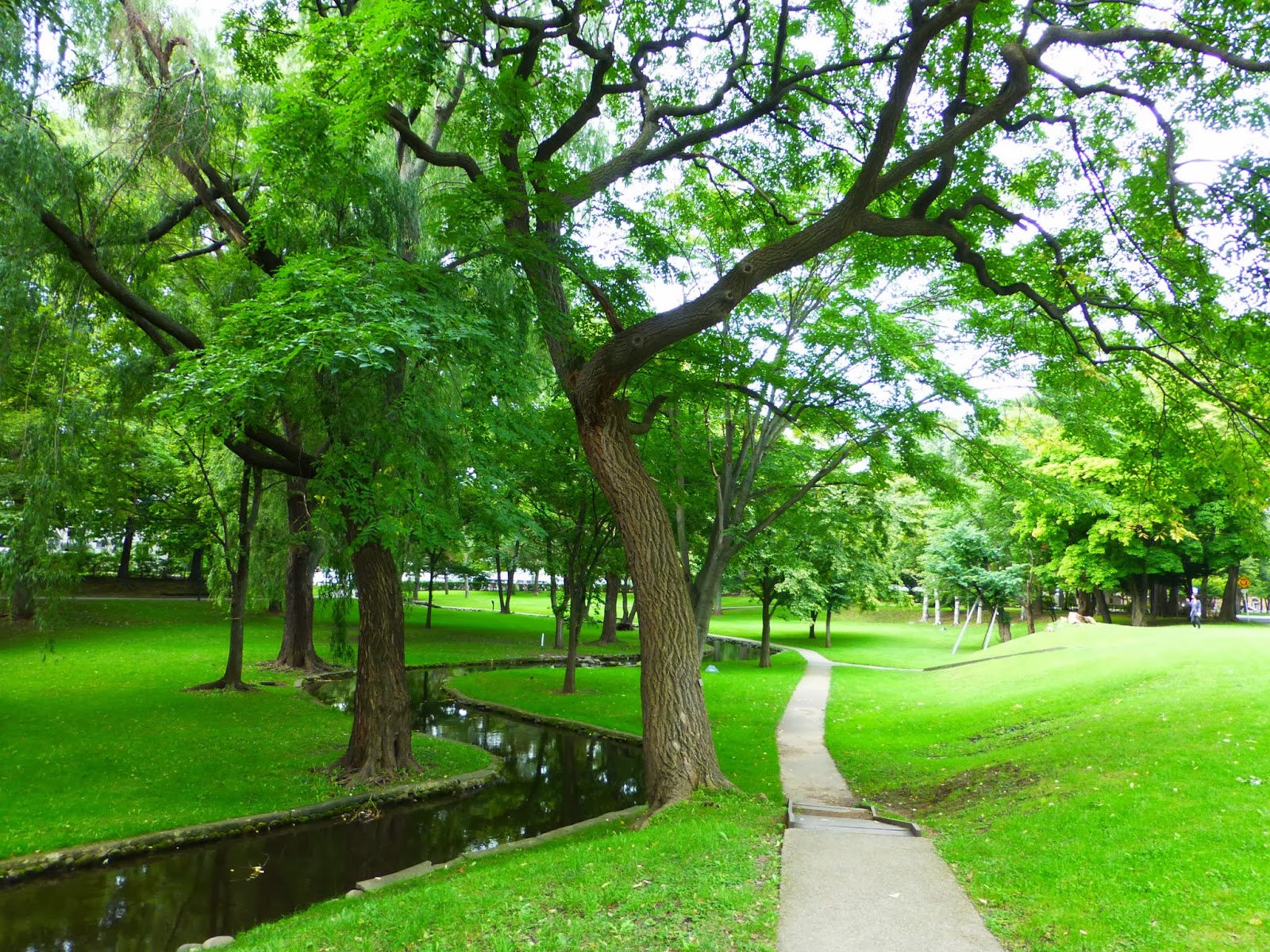 Further down the road, a large park area with lots of shade trees and a stream is a nice place for a picnic or studying. 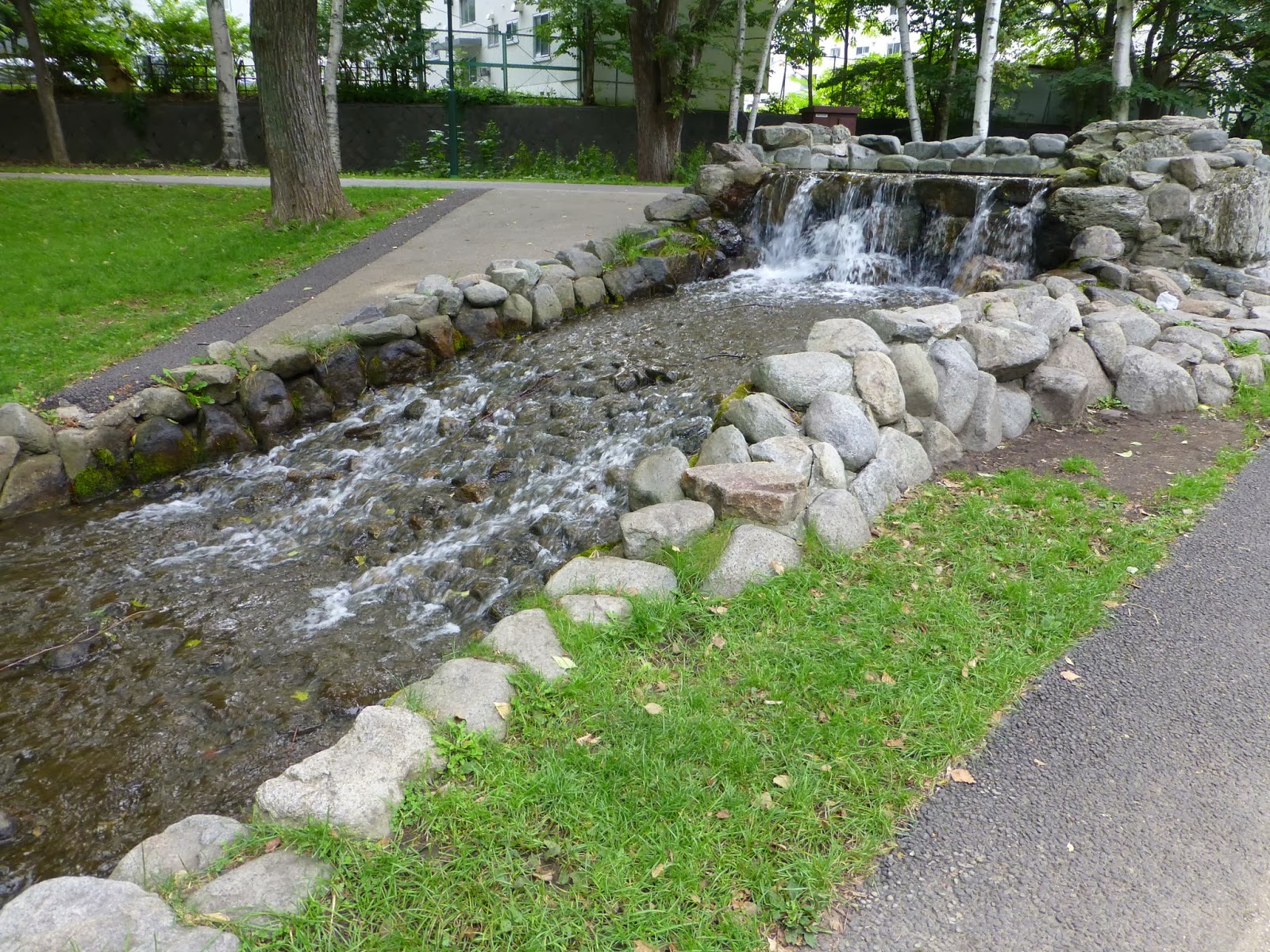 There's a water feature here, but unfortunately it and the stream both look too artificial and controlled. 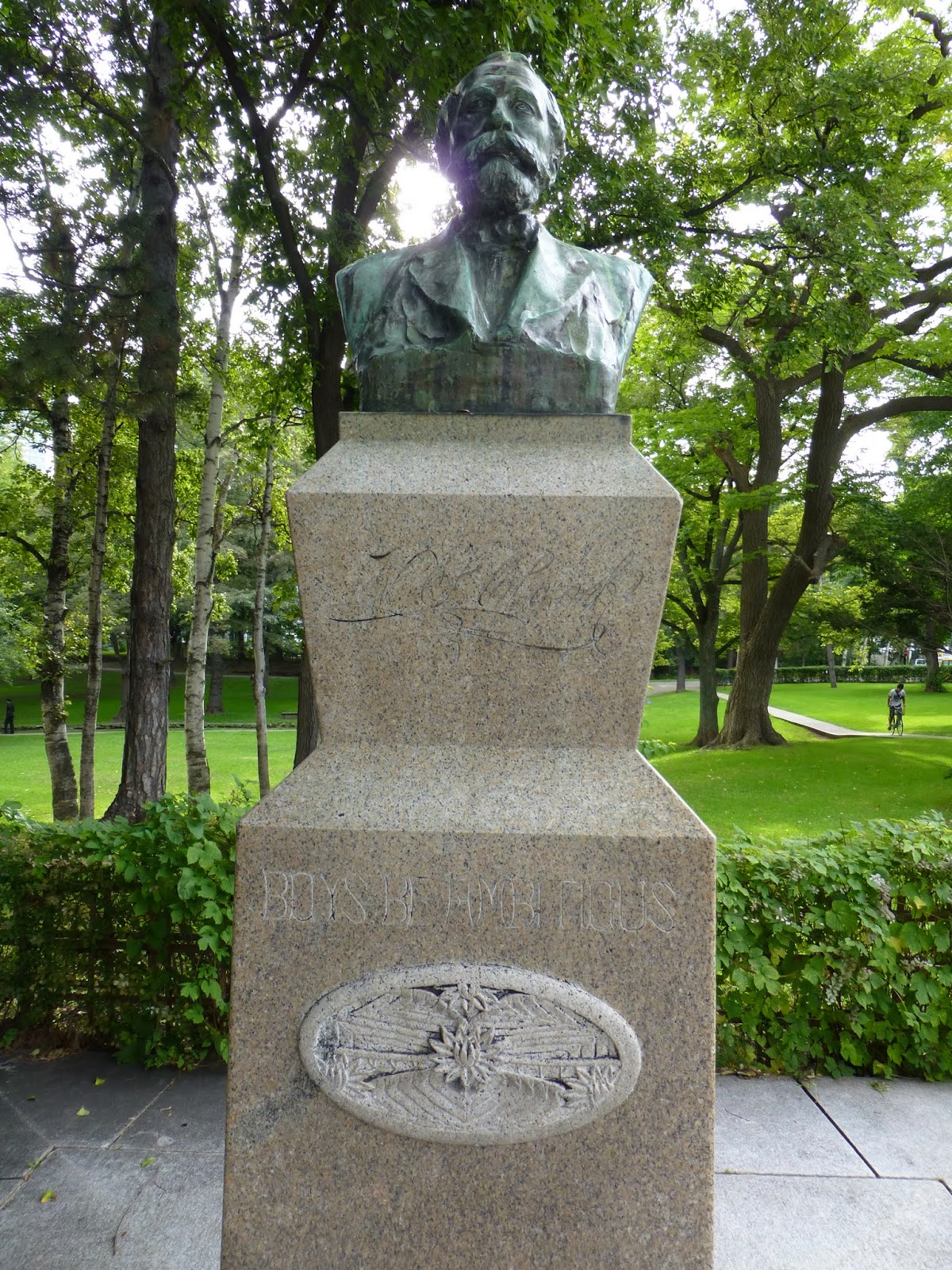 This is Dr. William S. Clark. He must be important. 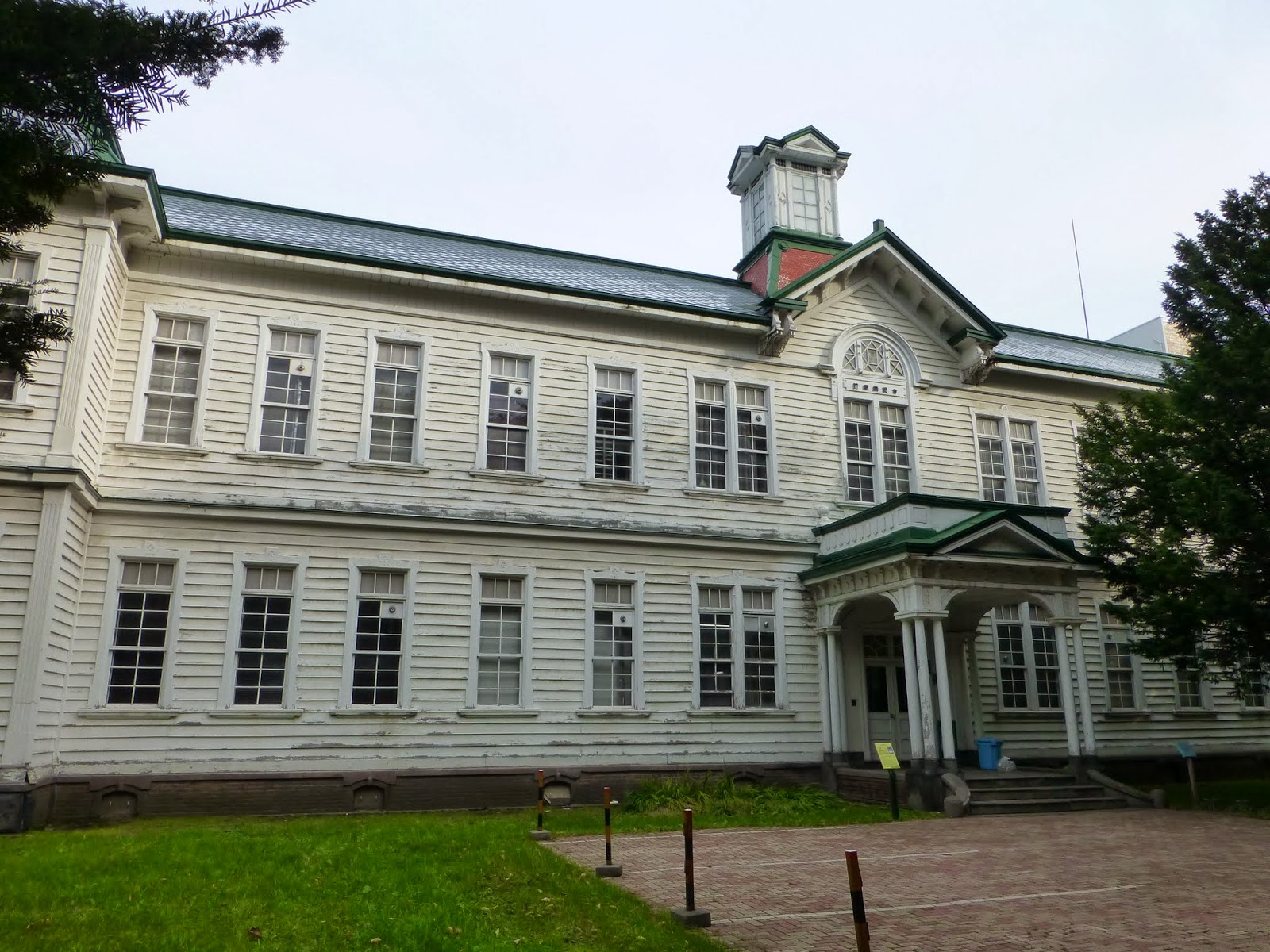 This is the Furukawa Memorial Hall. It's a wooden building built in 1909, 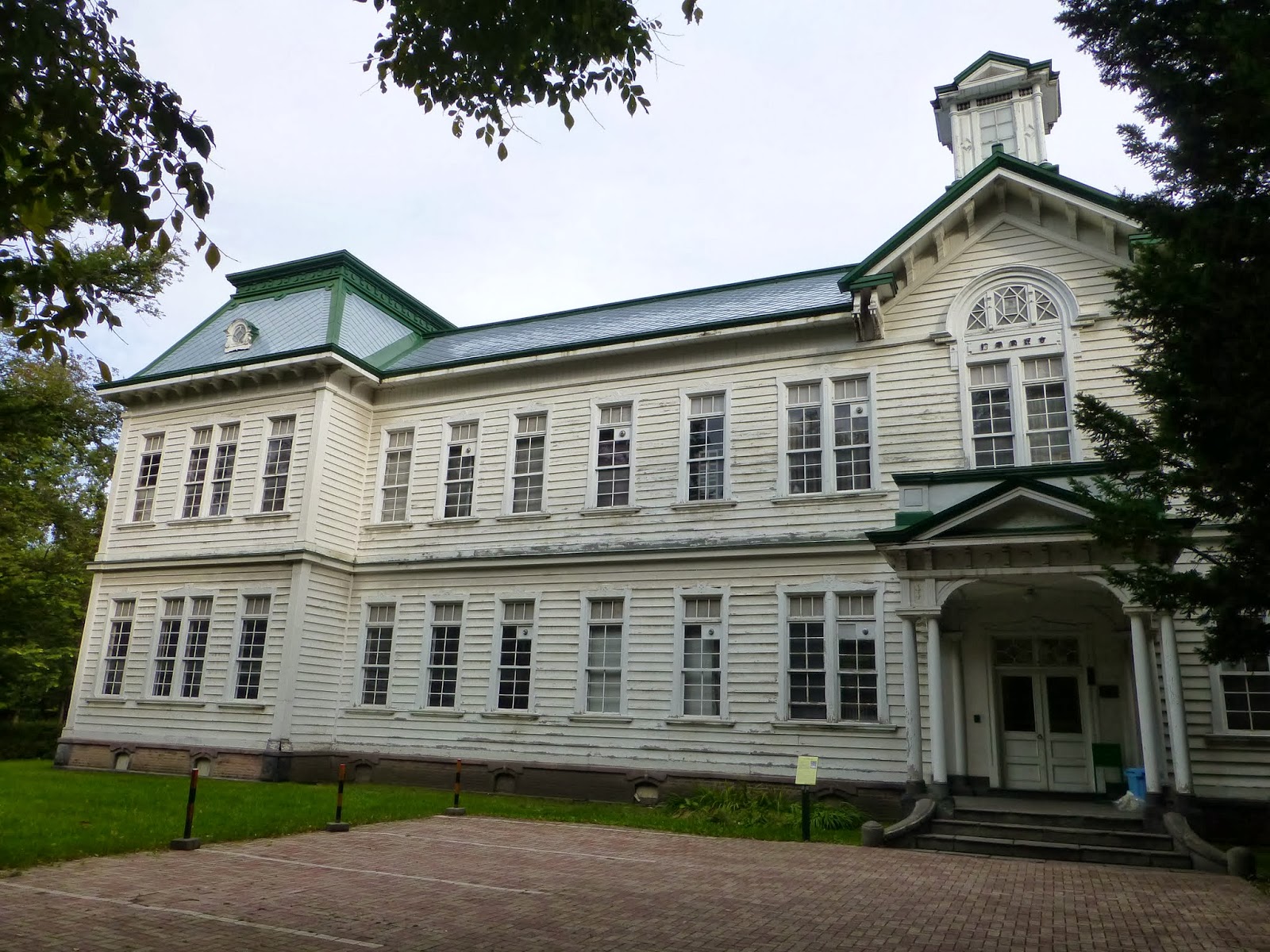 It was originally a lecture hall; it is difficult to see now, but the doorway's decoration is designed to break up the symmetry. At this building, a turn right on the main road will send you heading north down the main street. 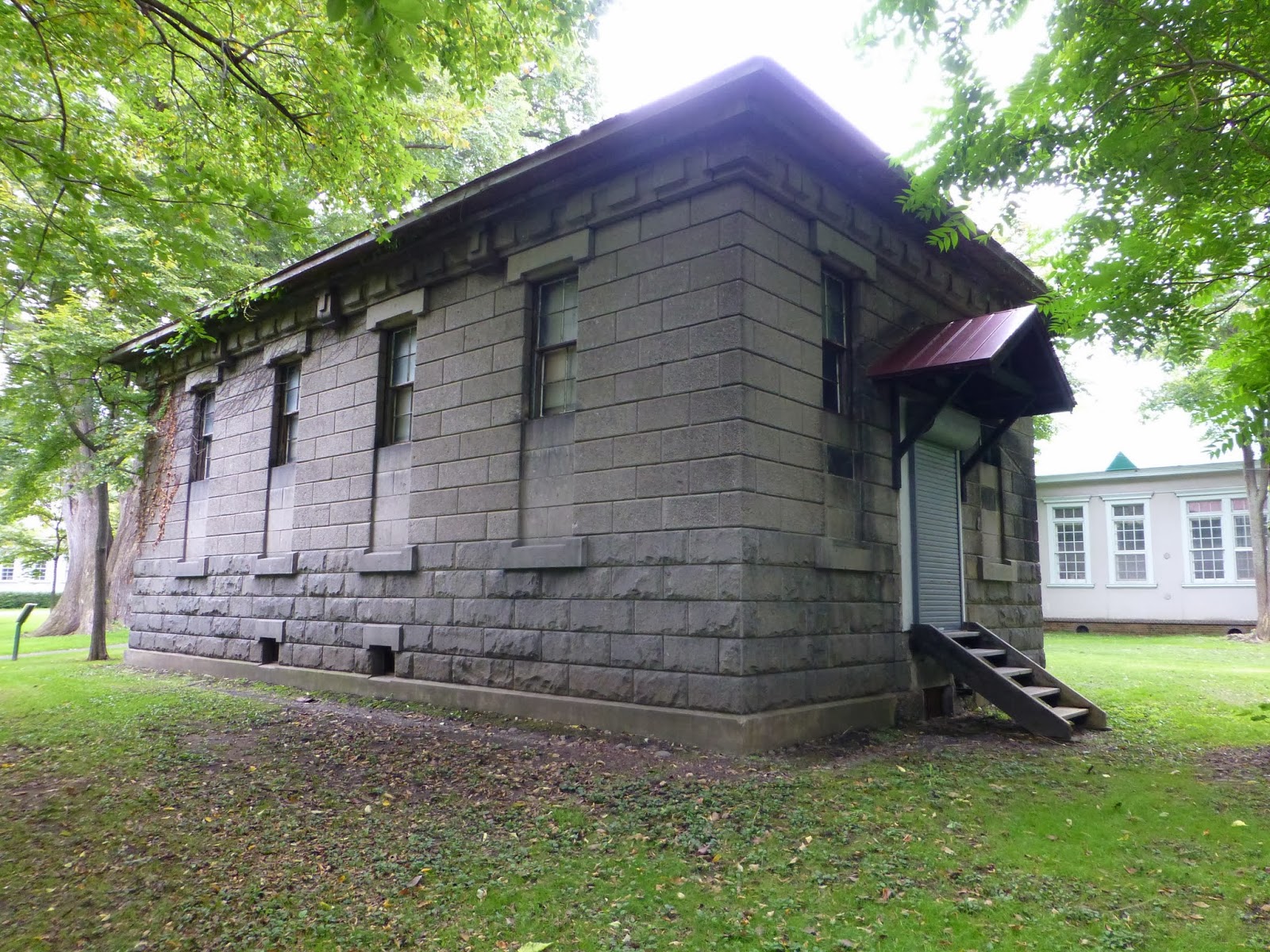 This imposing structure without low windows is the former specimen room of the agricultural department. It was built in 1927 and is supposed to be fireproof. 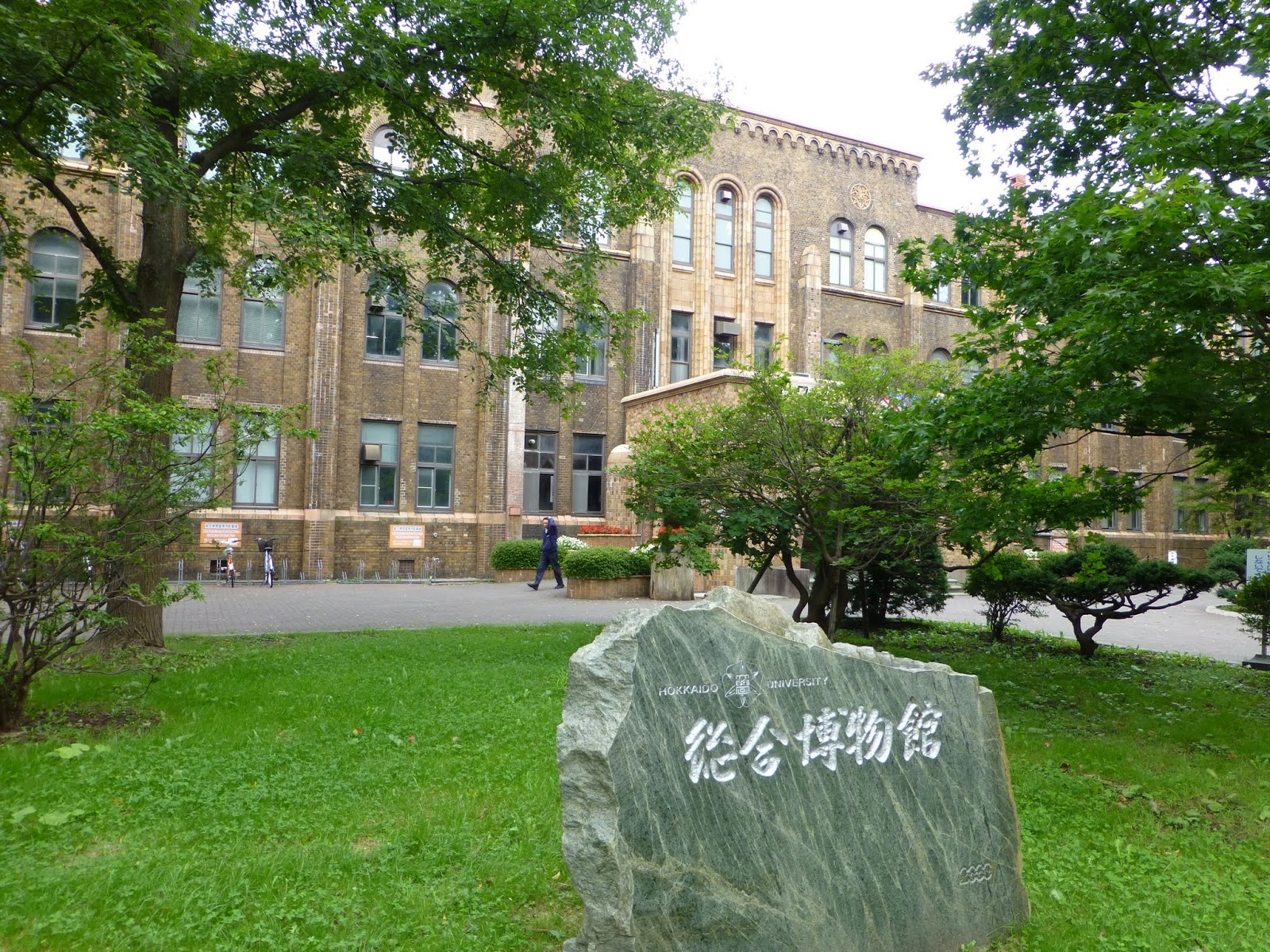 Continuing north, you come to the former main building of the science department, built in 1929. 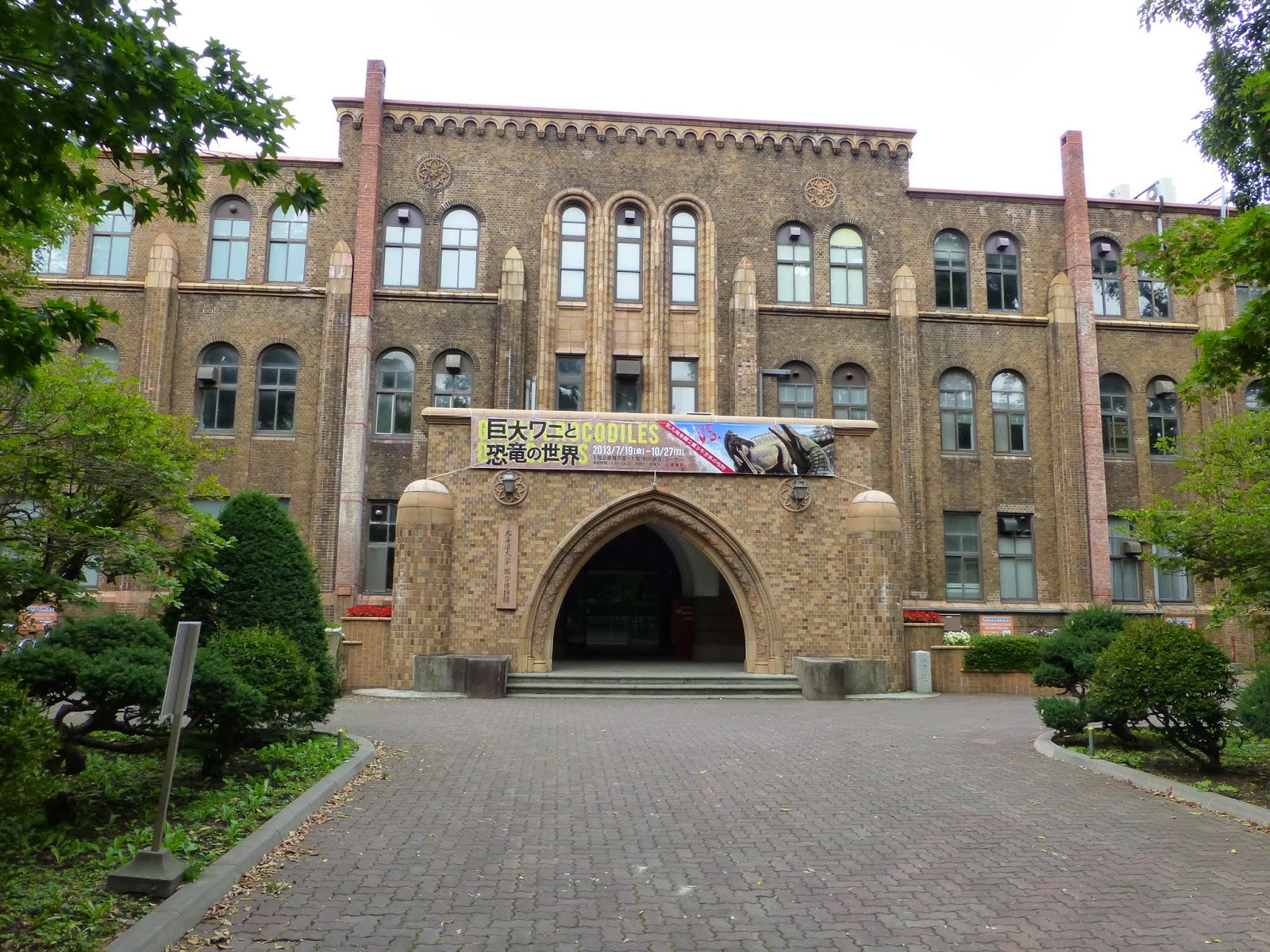 Now, it serves as the Hokkaido University Museum. From what I've seen, it should be a good museum, but time wasn't on my side. It's a very large building. 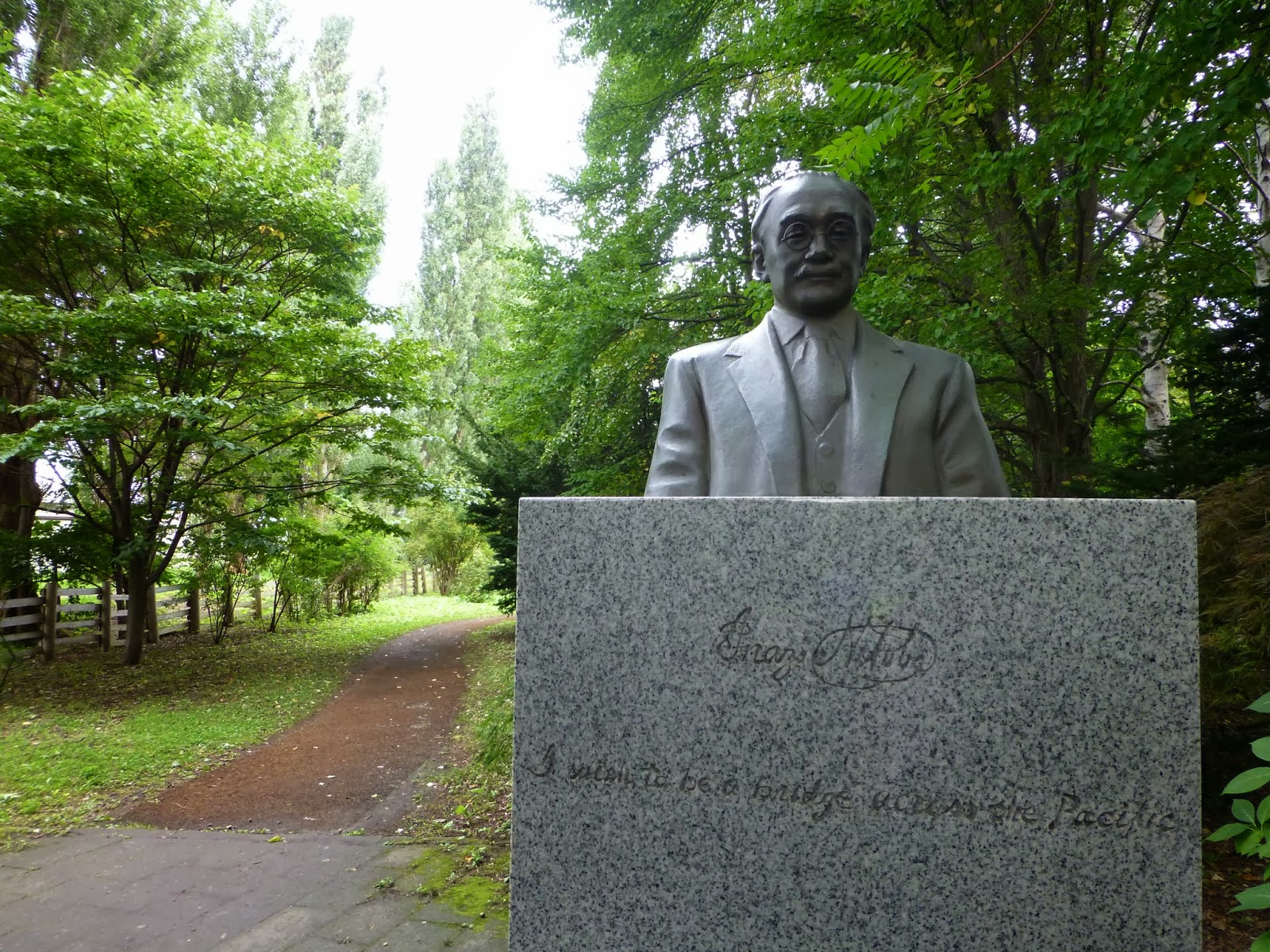 Going down the road to the right of the museum entrance, you eventually get to a mini botanical garden of sorts. It is watched over by this man. 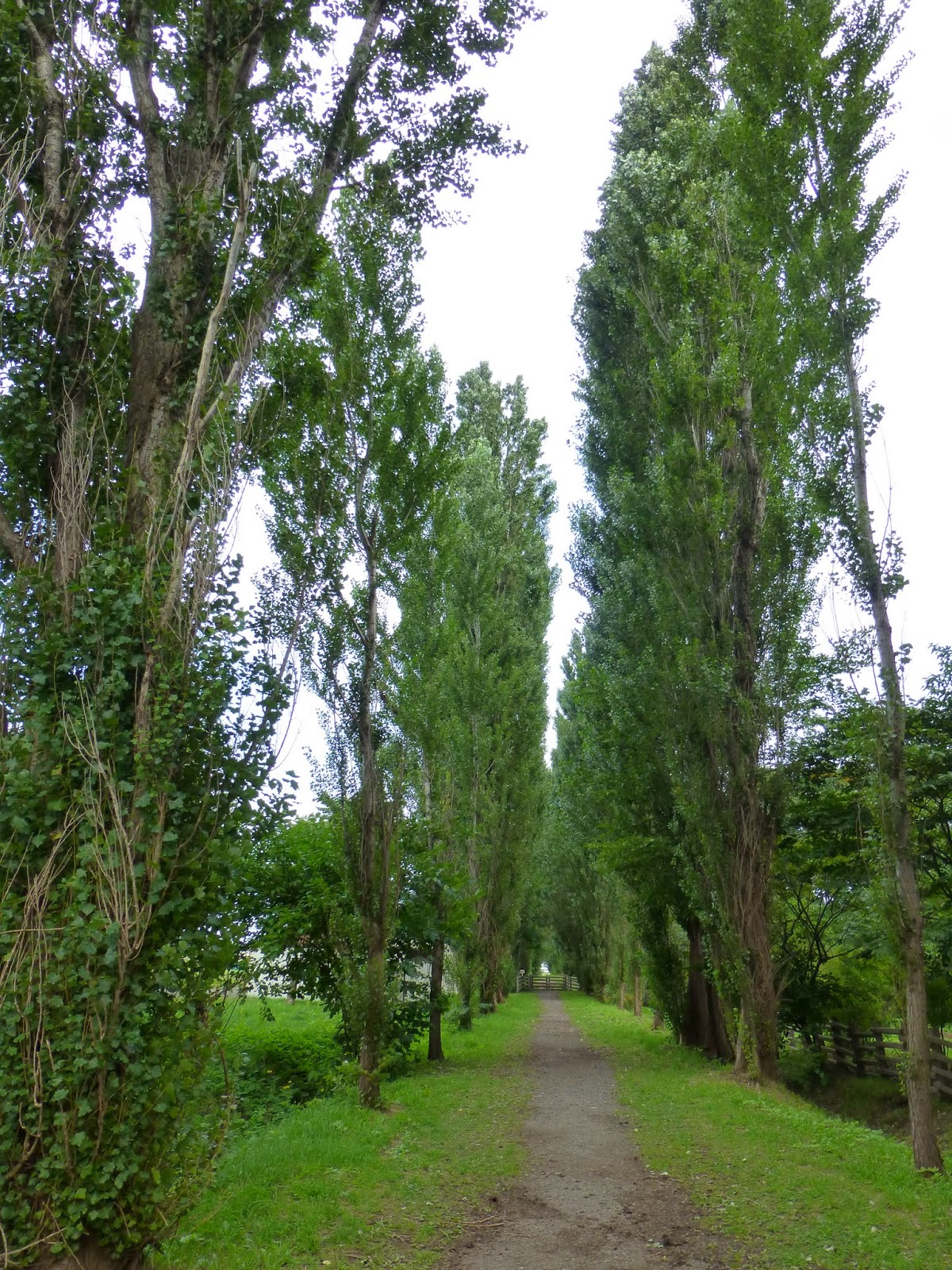 There's a nice row of trees along a path to the left of the garden; the university has several collections of different trees along paths or streets - Hokkaido was originally an agricultural college. This isn't to be confused with the actual botanical garden, located a good ways away. 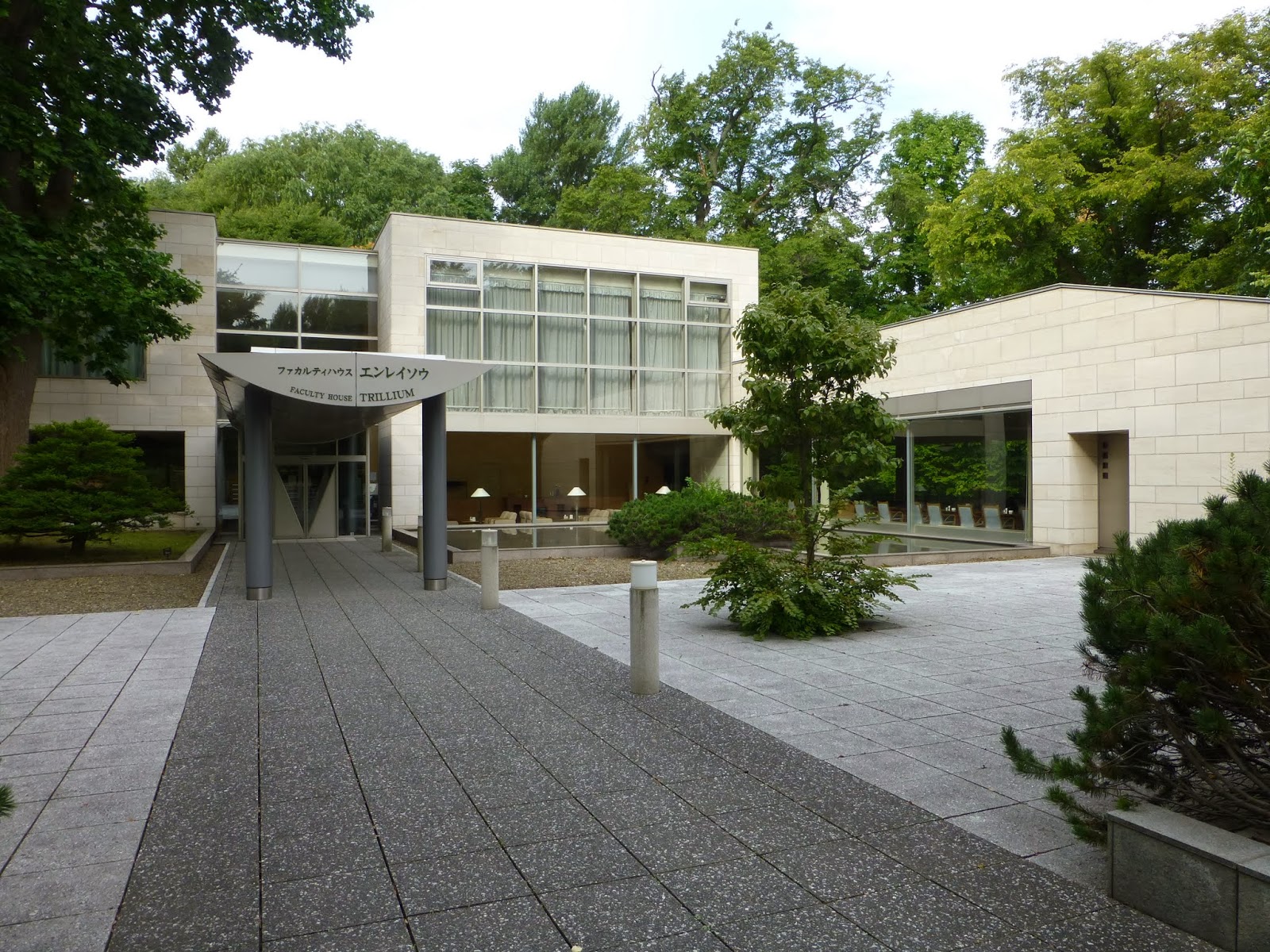 There are some nice modern buildings. This is a faculty house. It's much nicer than the apartment this faculty member gets. 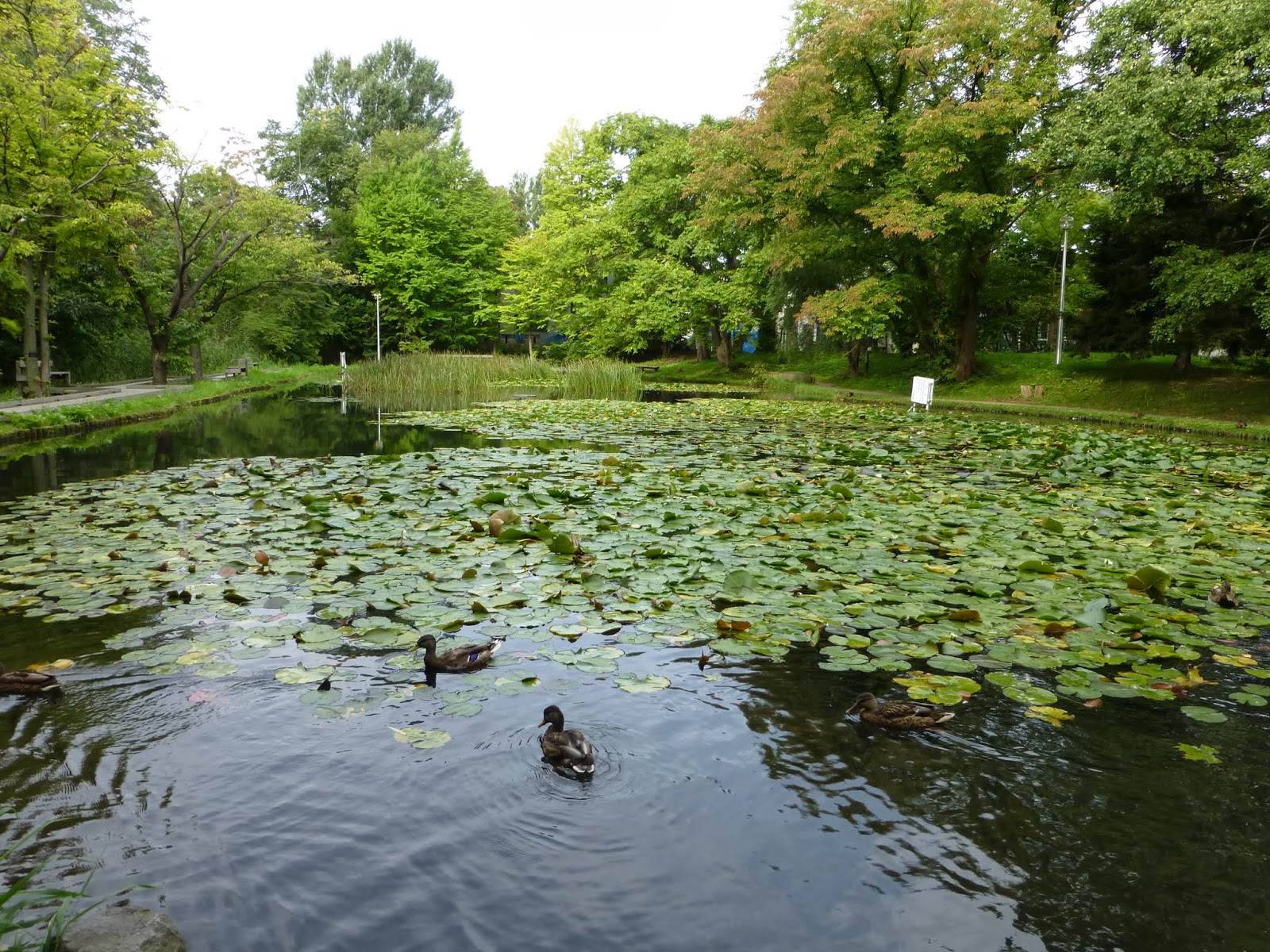 Near the faculty house is the beautiful, more natural-looking Ono pond. It exists as a collection of various plants and fowl. 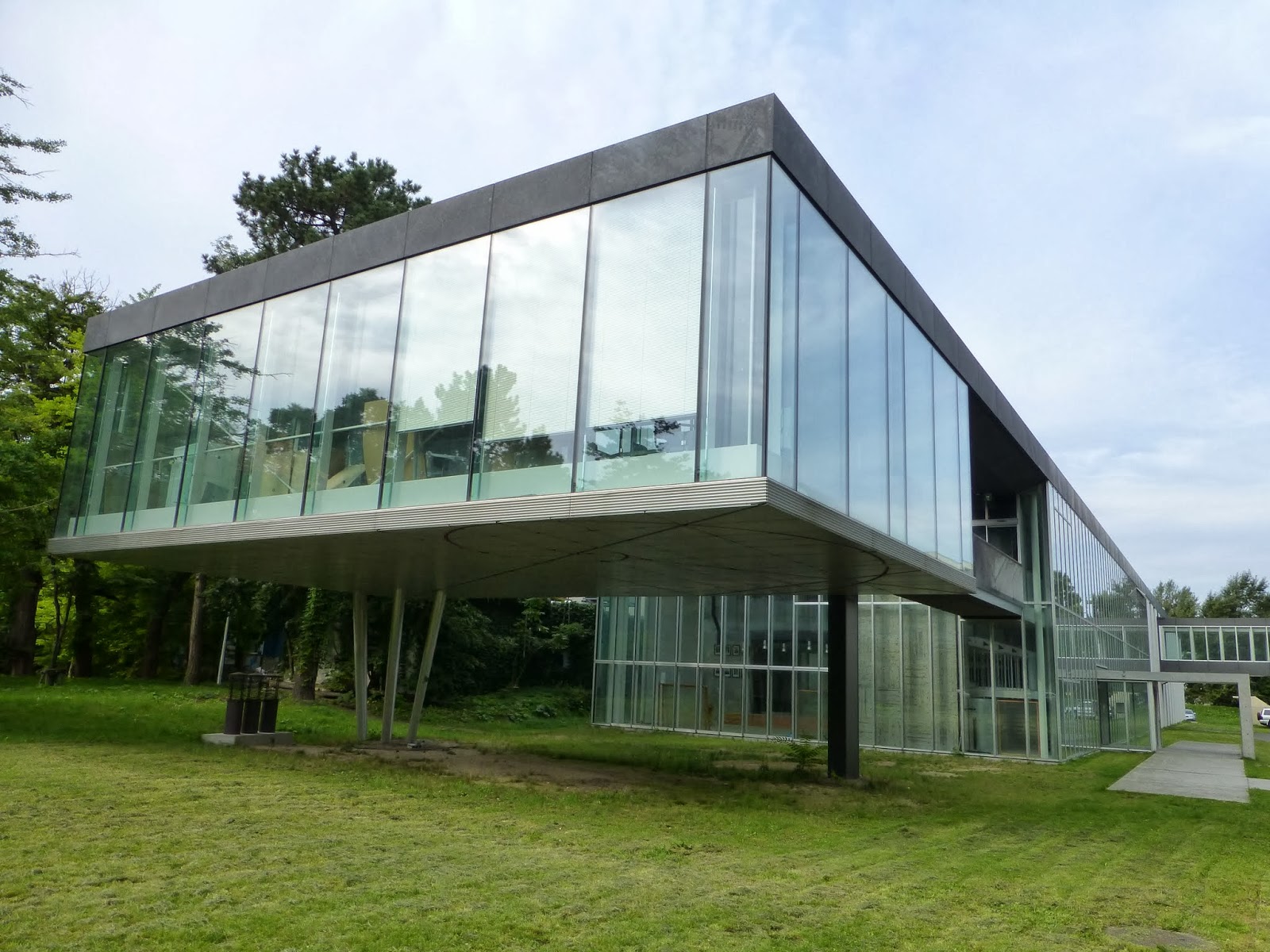 Another modern building, this one appearing to have offices inside. It's completely elevated off the ground. How cool would it be to have a house like this? 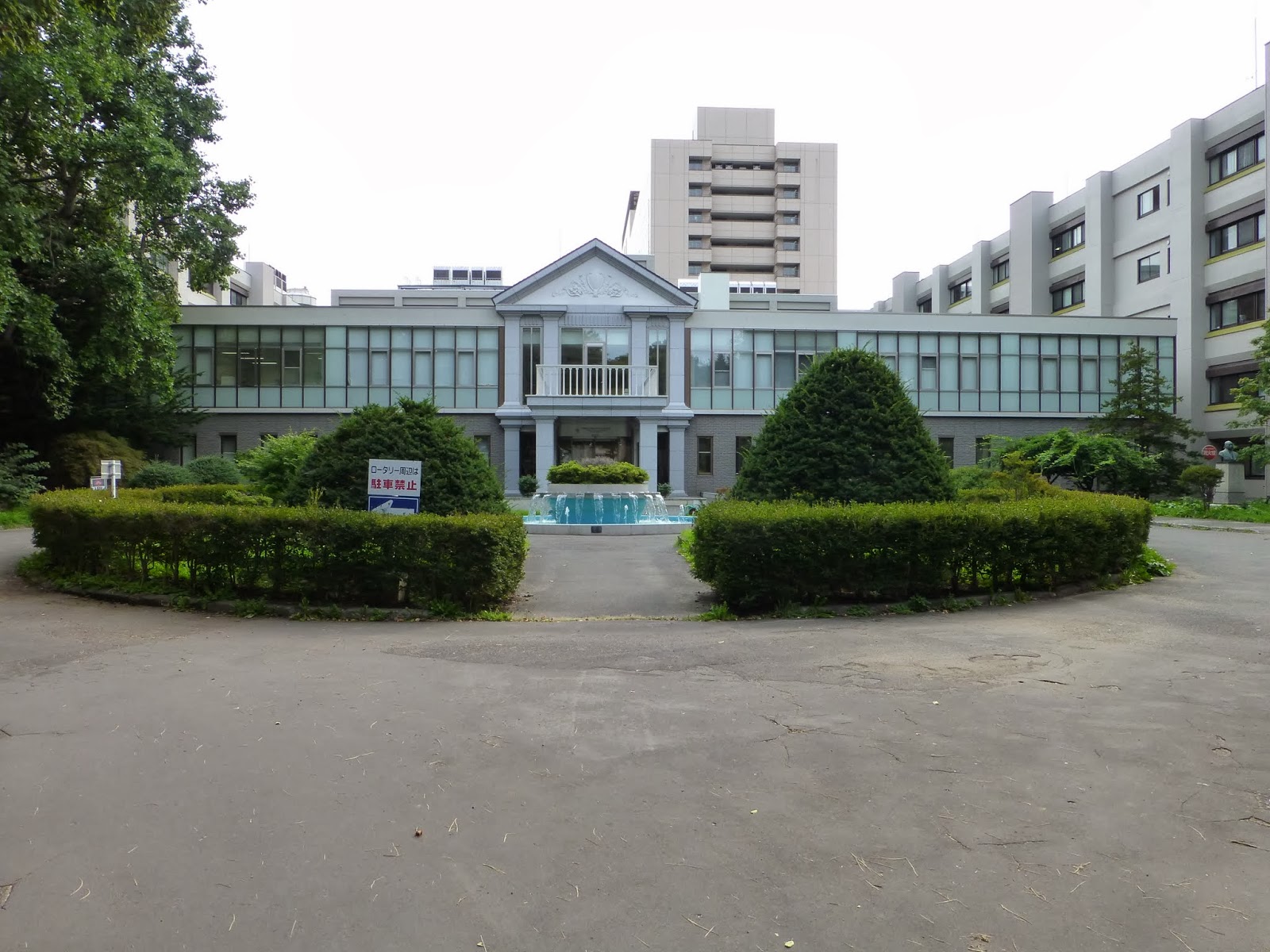 This building is an interesting mix of modern glass structures and a classical column facade. Directly north of the campus is a collection of barns known as the model dairy farm. I don't know anything about farm building types; there are some signs to tell you what you're looking at but the buildings weren't open to explore. Admission to the grounds are free and you can walk around the buildings. 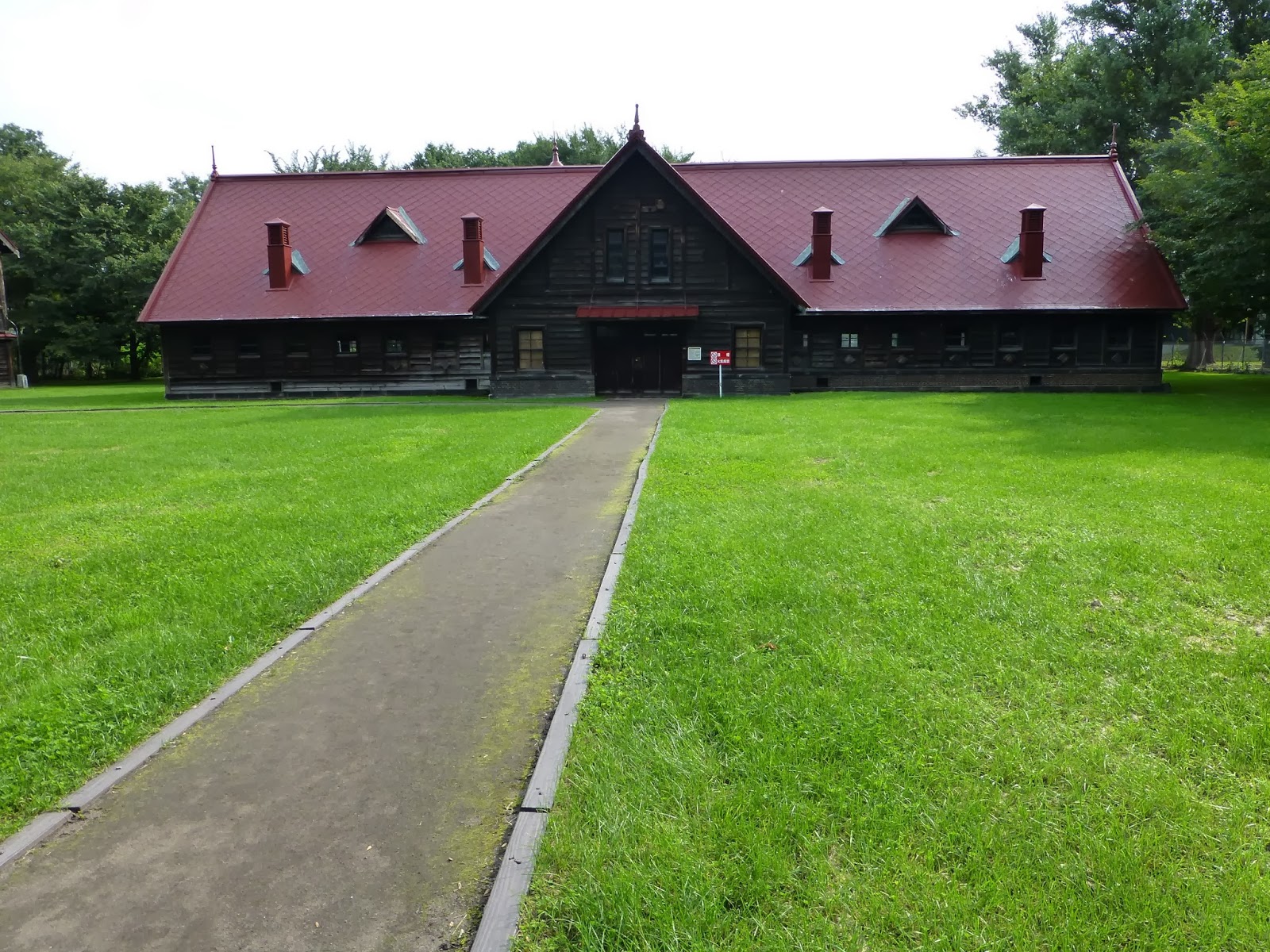 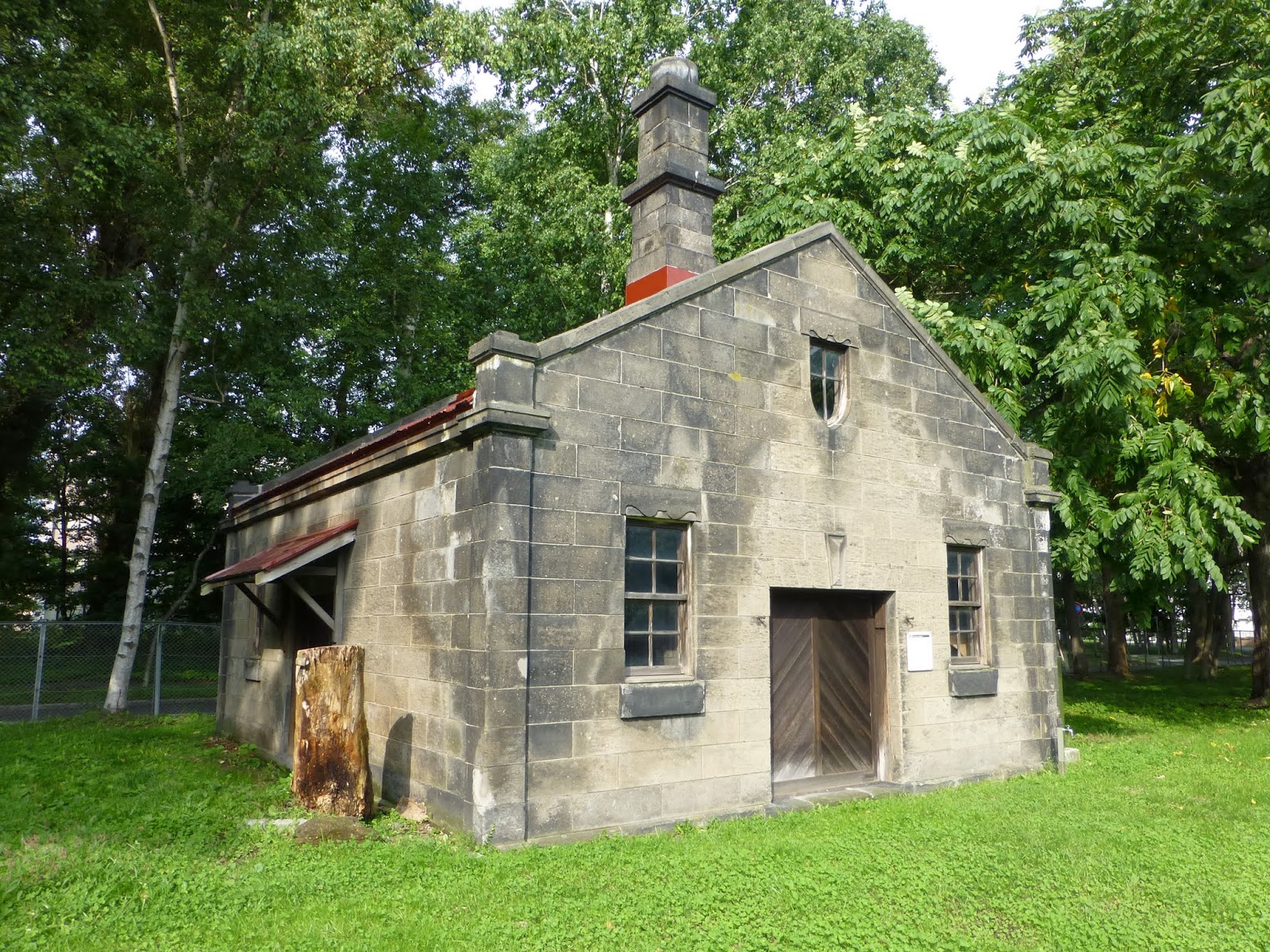 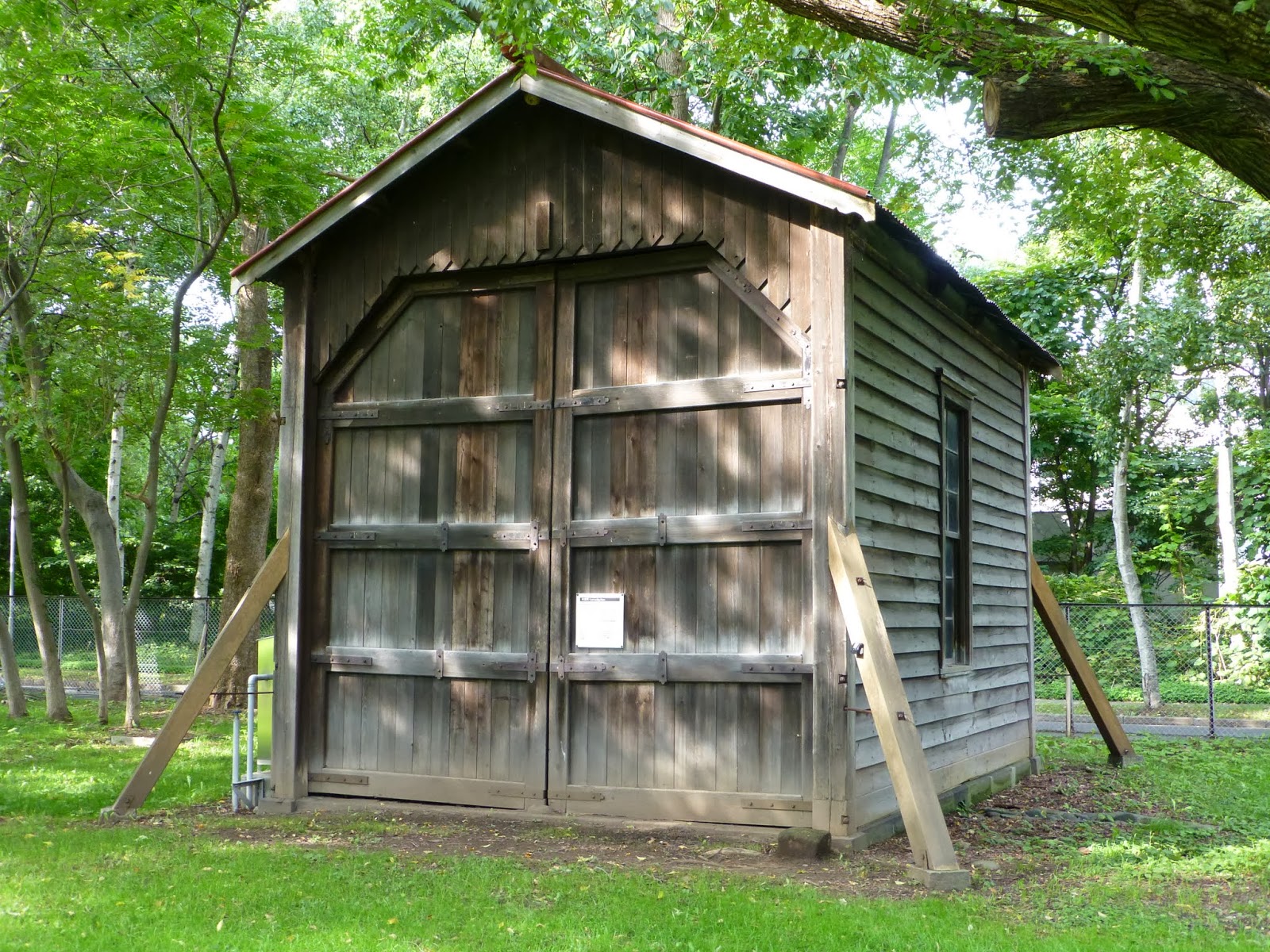 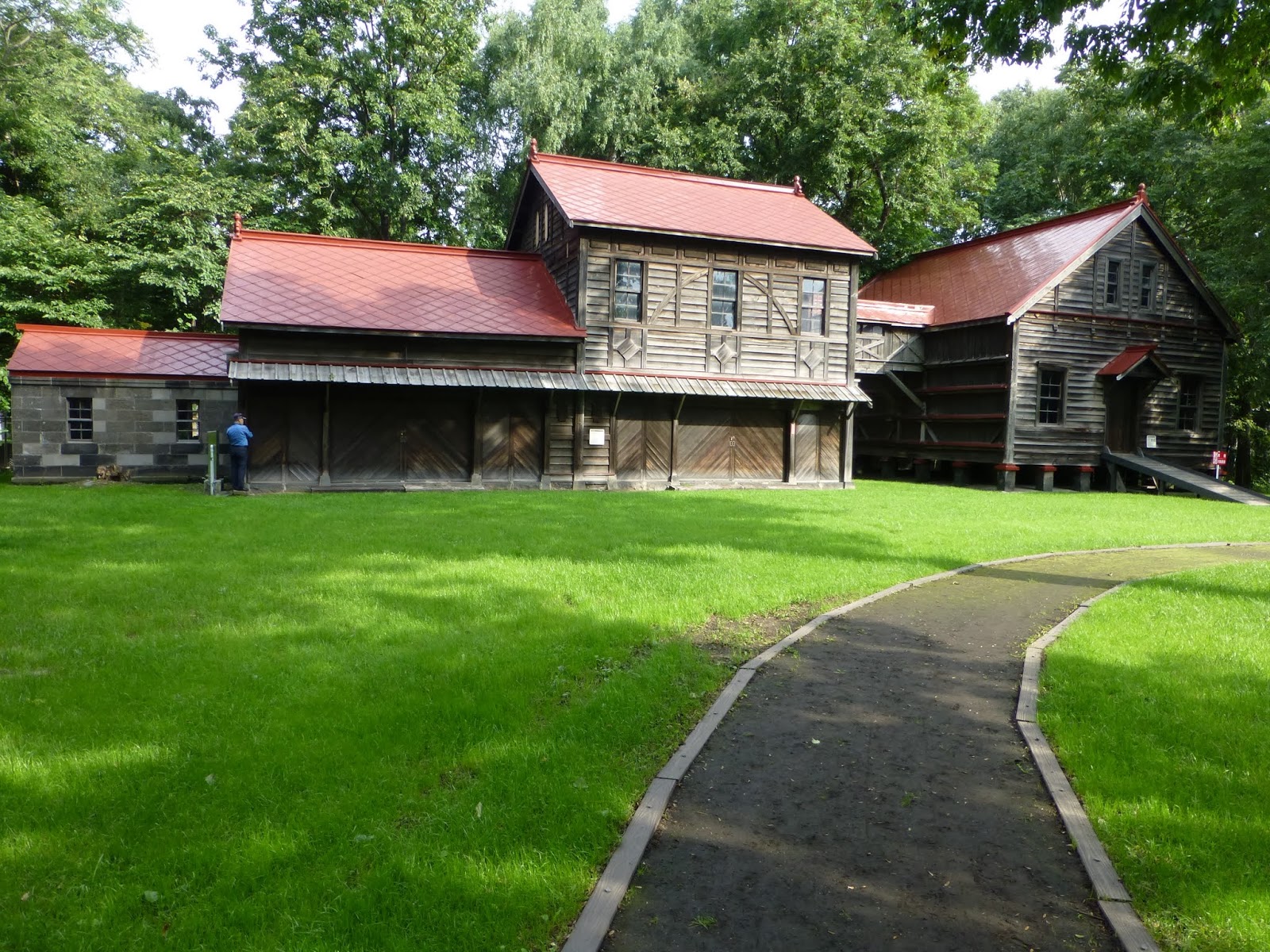 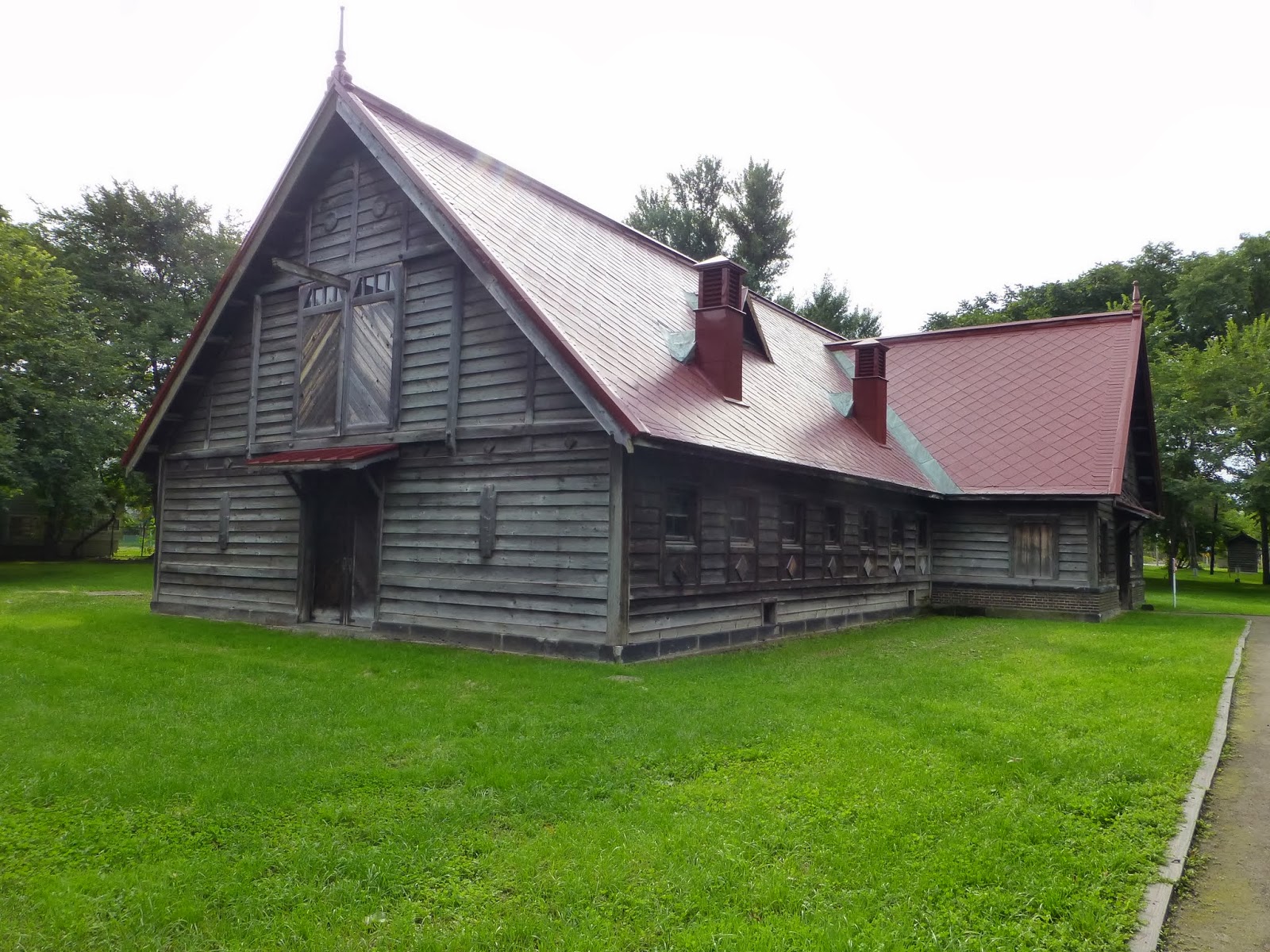 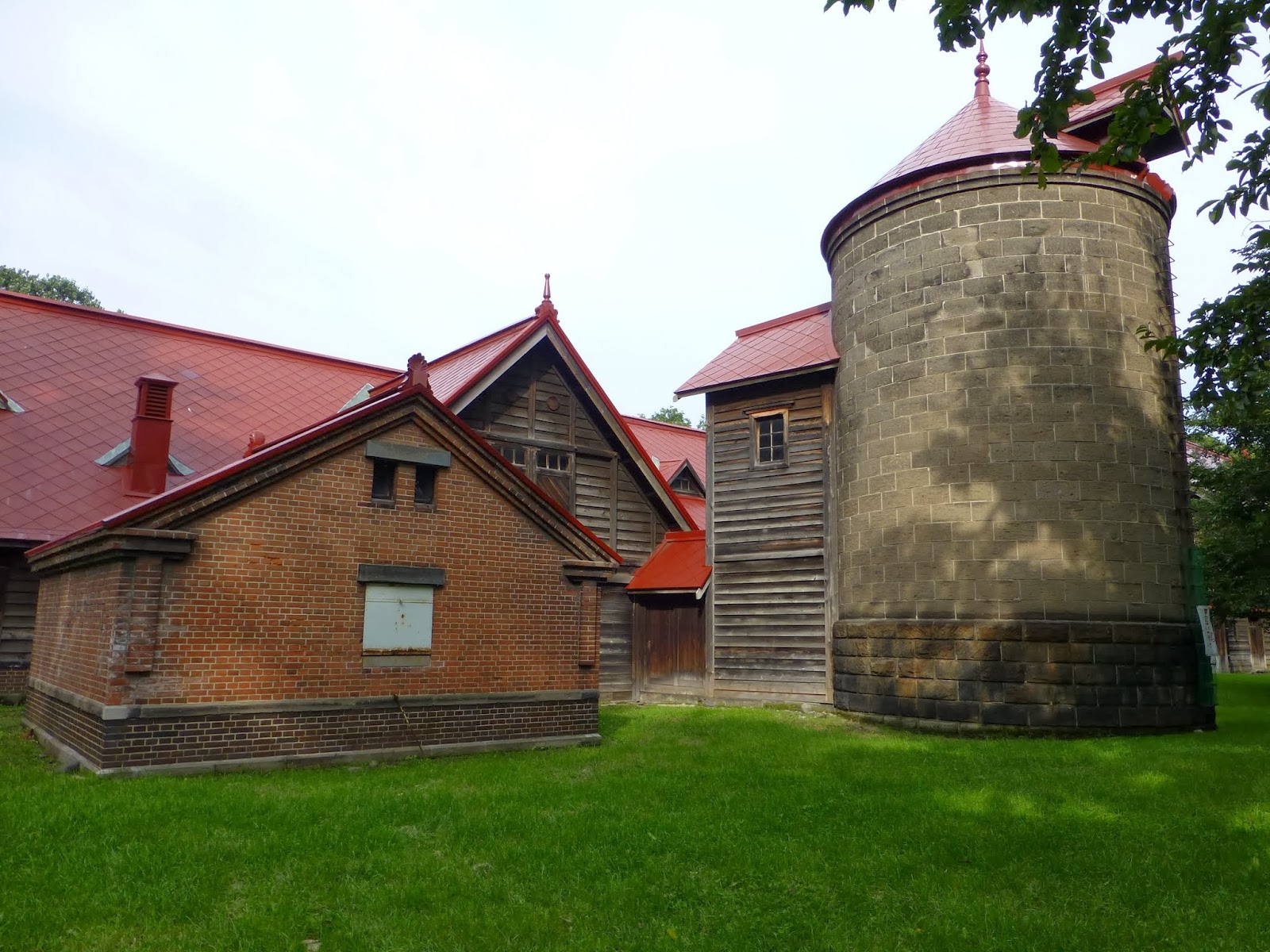 Sapporo Seikatei is open from 9:00-16:00, and Hokkaido University's museum is open 9:30-16:30 (closed Mondays); both are free. The campus grounds are open longer and it seems that photography (respectful of others' privacy) is quite acceptable. There were a few other people exploring the model farm. It's probably just as easy to walk to Seikatei and/or the university from Sapporo Station, although the northern end of the university is served by the Nanboku subway line at Kita 18 Jo Station.

The university grounds have several numbered information signs about the history of many buildings on campus as well as some of the other features, such as the rows of trees. These signs are in Japanese and English, and I wouldn't be surprised if there's a tour map available from a visitor's center (check the campus map for information center locations; when I arrived it was still closed).
Posted by Ryan G at 2/13/2014 03:00:00 AM