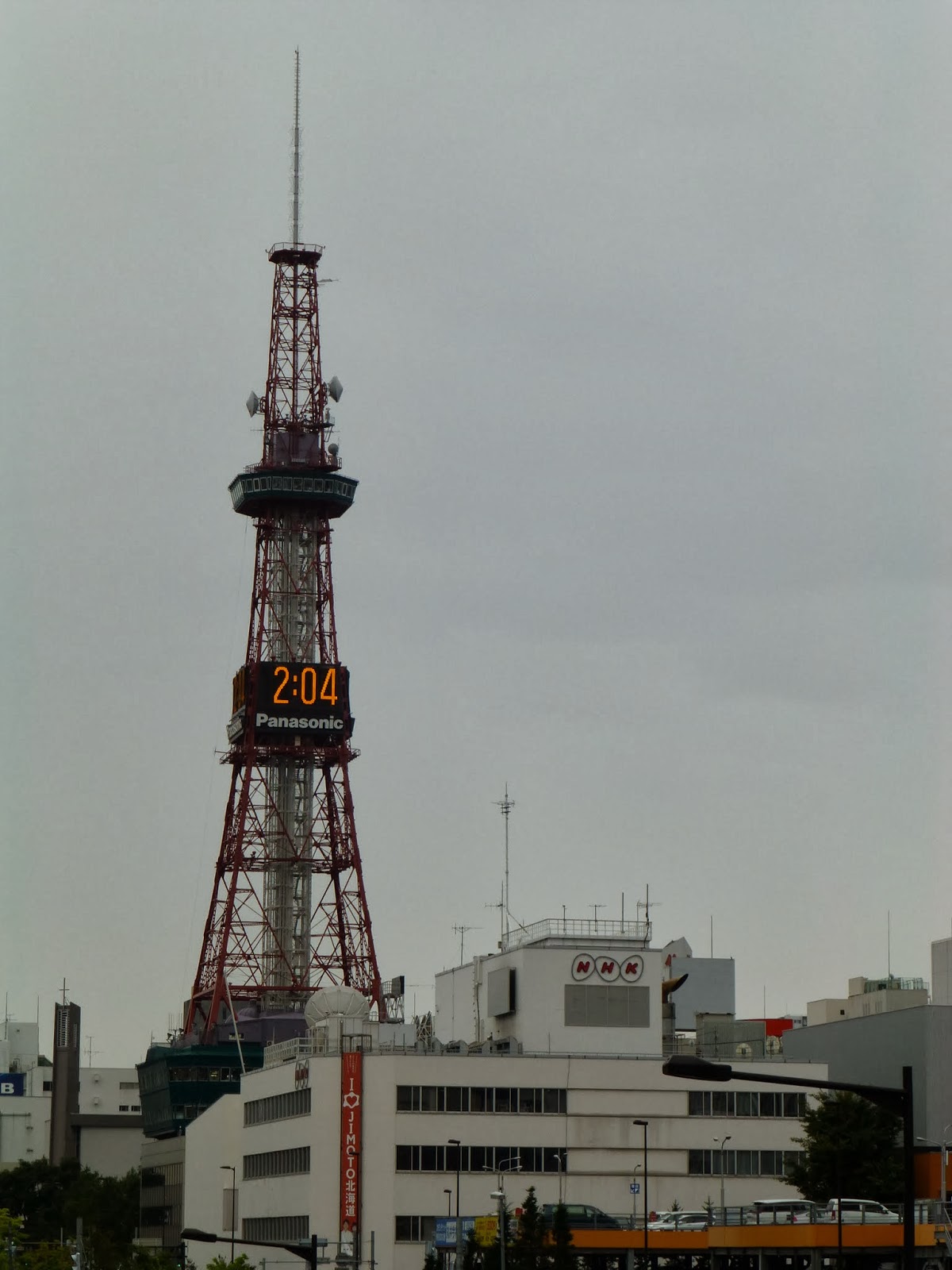 When Japan needed TV towers, they turned to Paris for inspiration. Many of the structures erected in Japan about 50 or so years ago, such as Tokyo Tower and Nagoya TV Tower look similar in some way, sometimes in a very minor way, to the Eiffel Tower. Sapporo's tower, located at the eastern end of Odori Park, has design elements that remind me of the original, with some modifications. 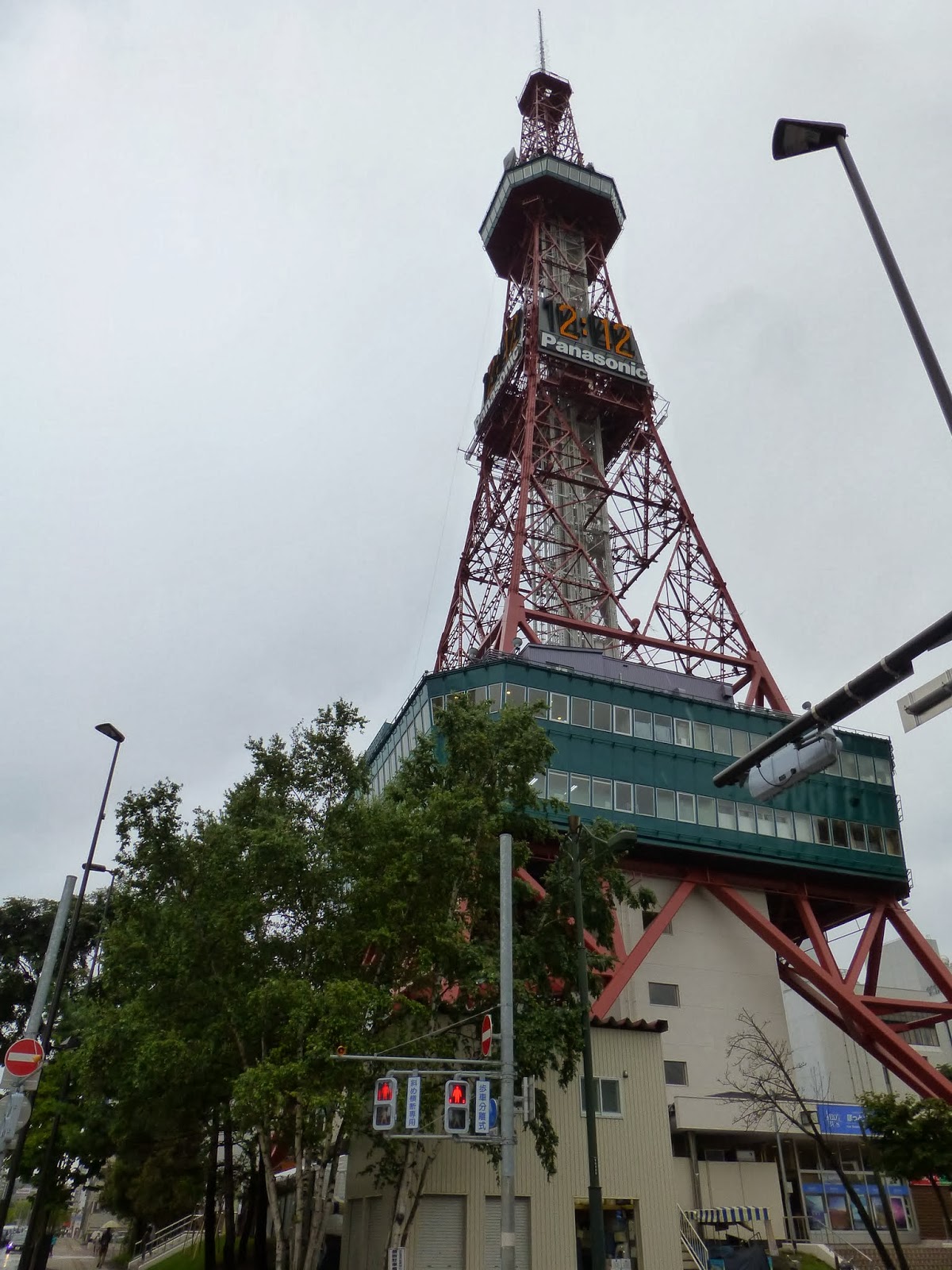 For starters, there's a giant clock on each side of the tower. It's a digital clock that's visible from a pretty good distance. Also, the observation floors located 90 meters up the 150-meter tower, and the floors near the base, have a distinctive green color. 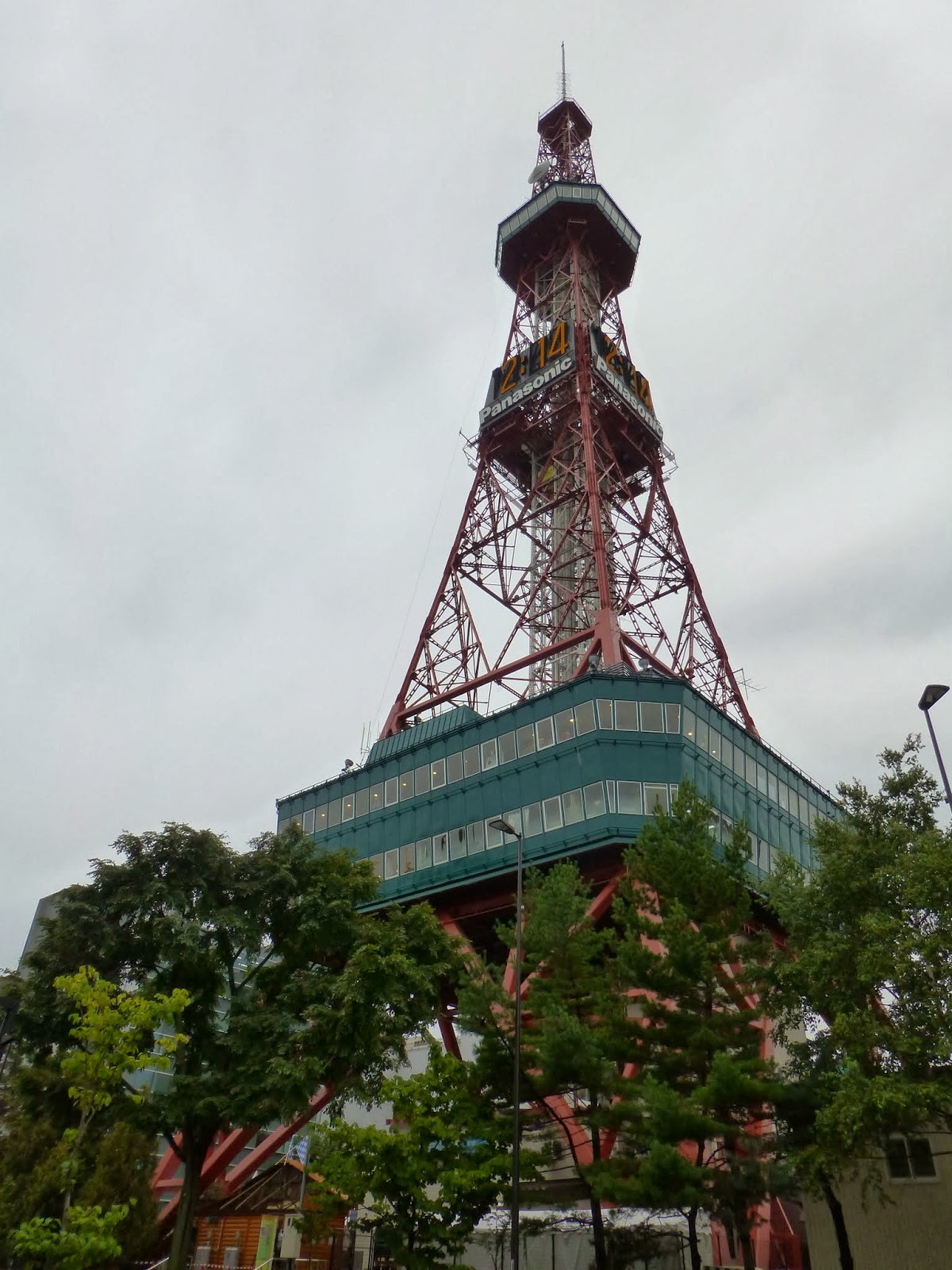 Despite not being very high, there are great views of Sapporo and the 1.5-kilometer long park.

I don't really have any pictures of the park; the weather was horrible when I was planning to explore the area and the park only has a few actual highlights; it's just a nice green space suitable for walking or relaxing away from the concrete jungle. However, it's where Sapporo's biggest outdoor events are held: the Snow Festival in February and the Beer Garden in summer. 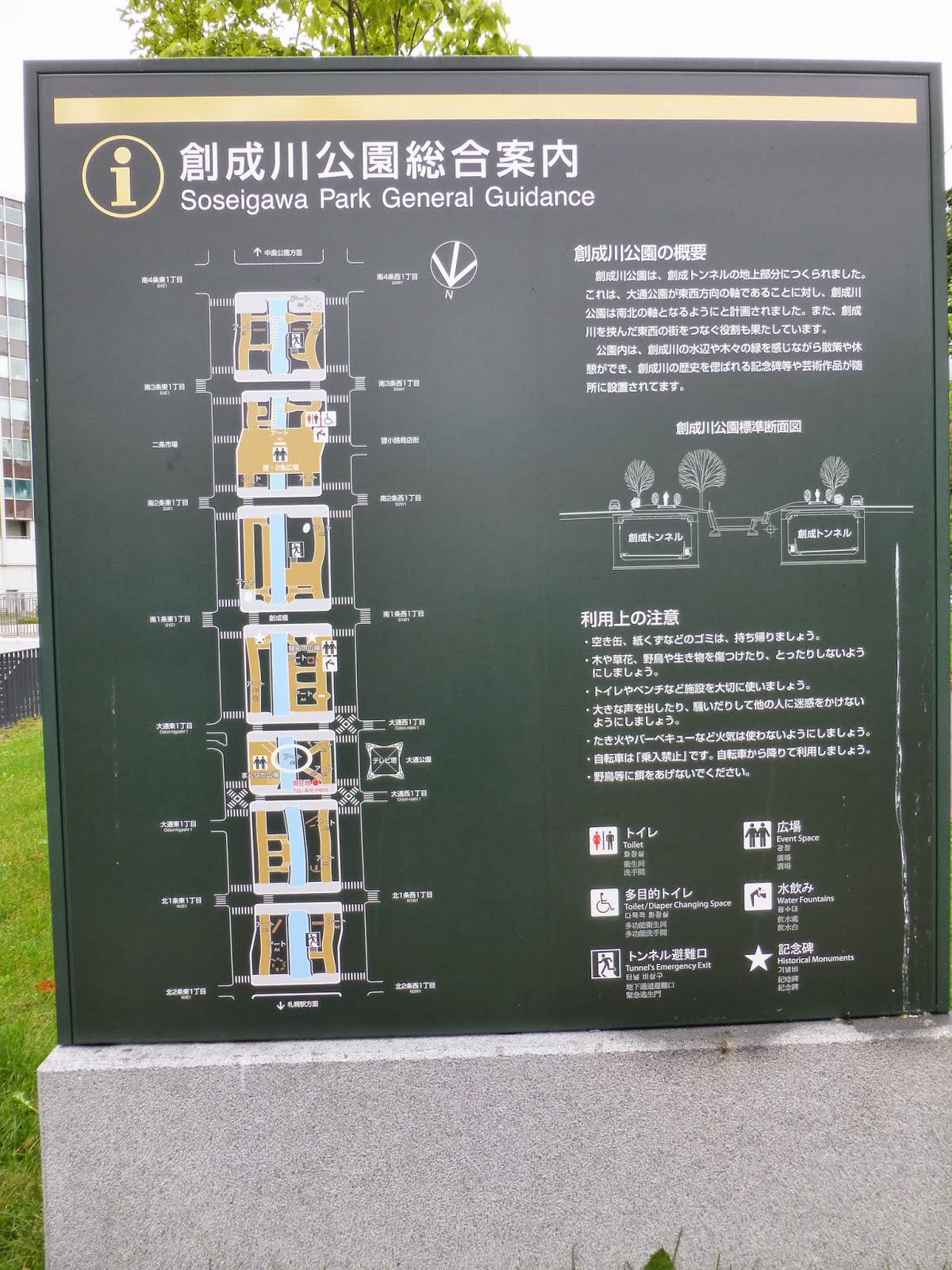 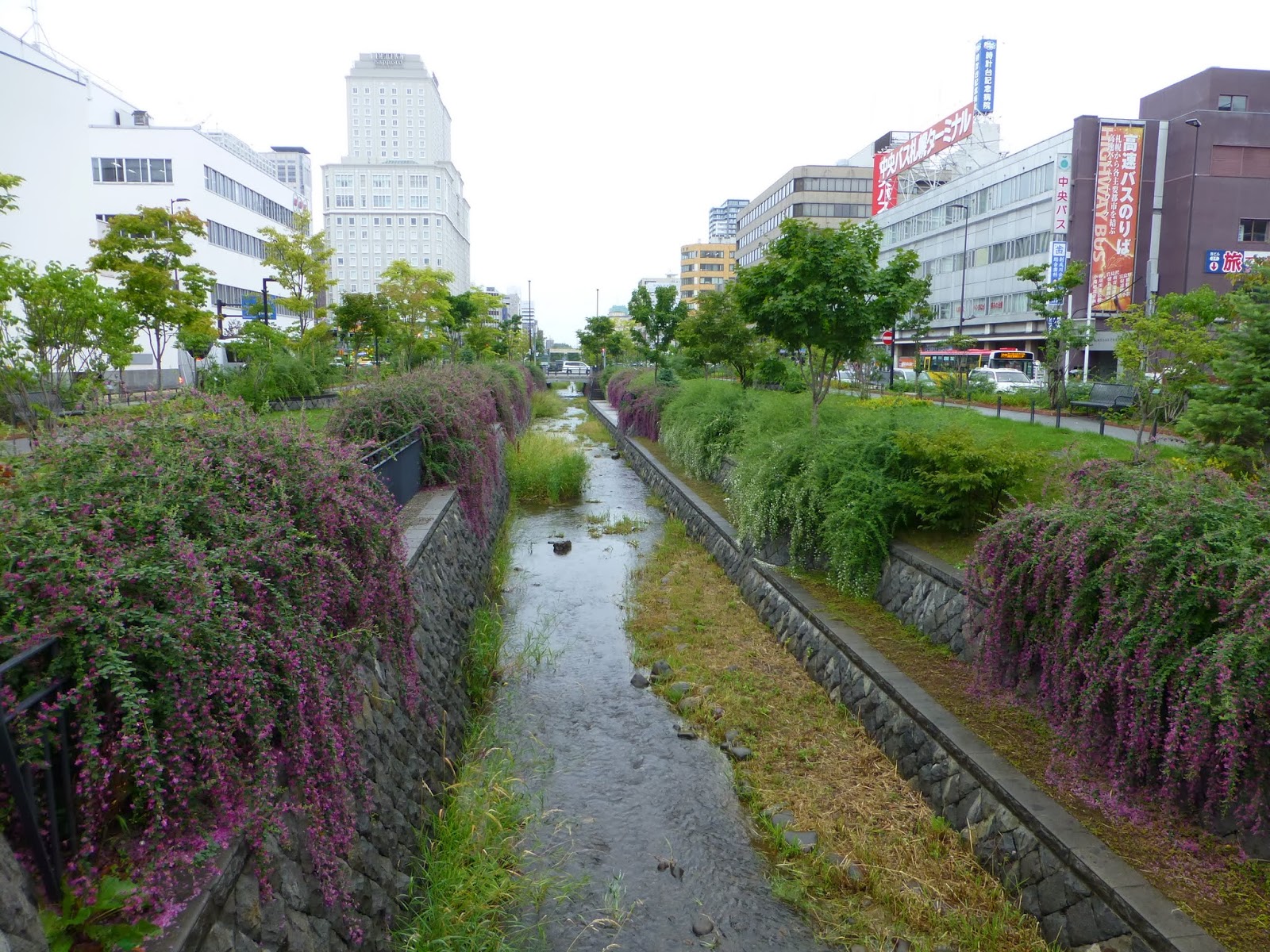 However, the park is another place where people can get some exercise by running, walking, or bike riding down the paths. 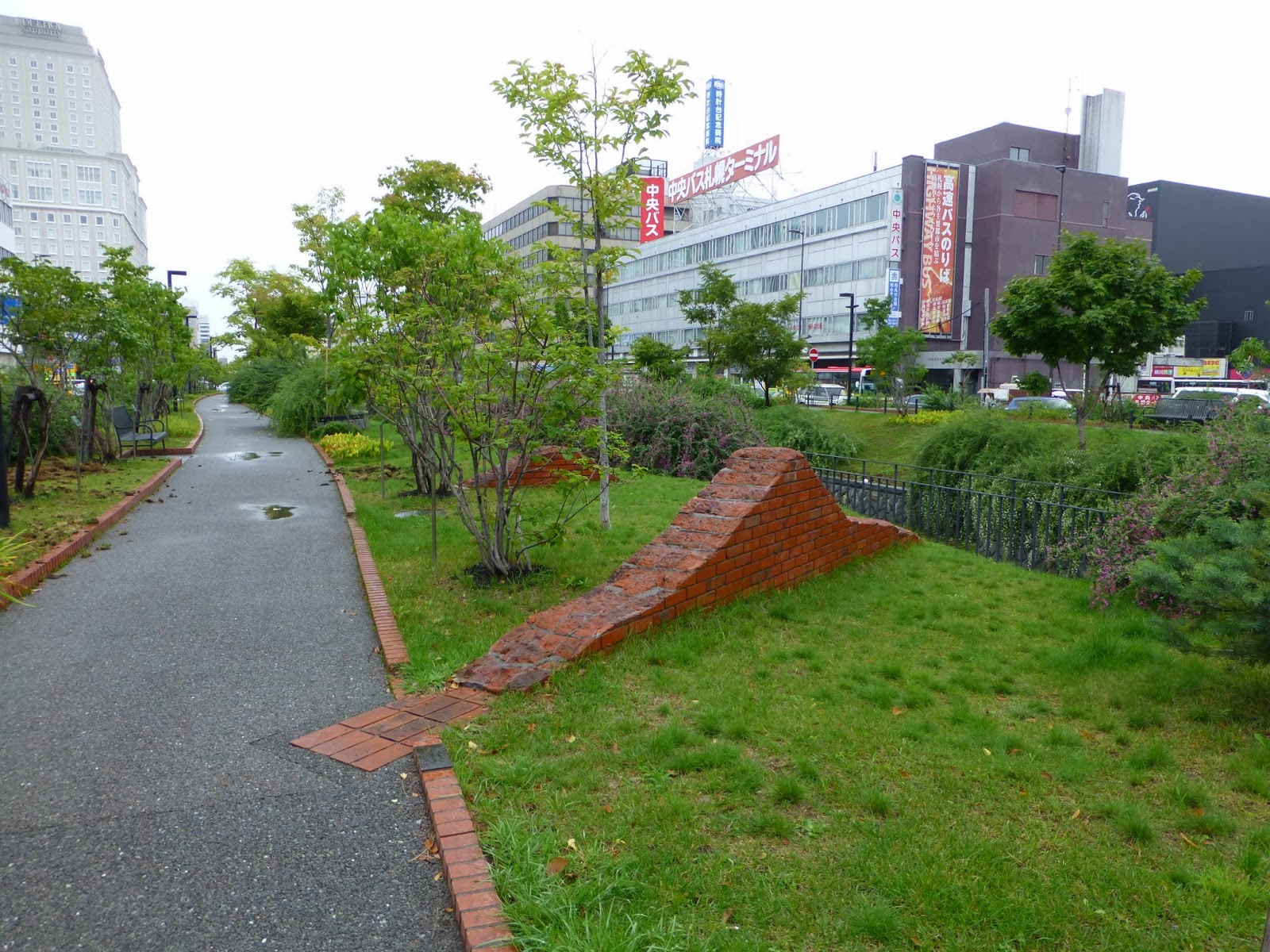 I am a bit confused by these brick remnants though. There are supposedly some historical monuments but due to the weather this strip was just a way to get from A to B and I didn't see anything specific. There are tunnels under the paths that serve as an expressway from Sapporo station to the south of downtown. 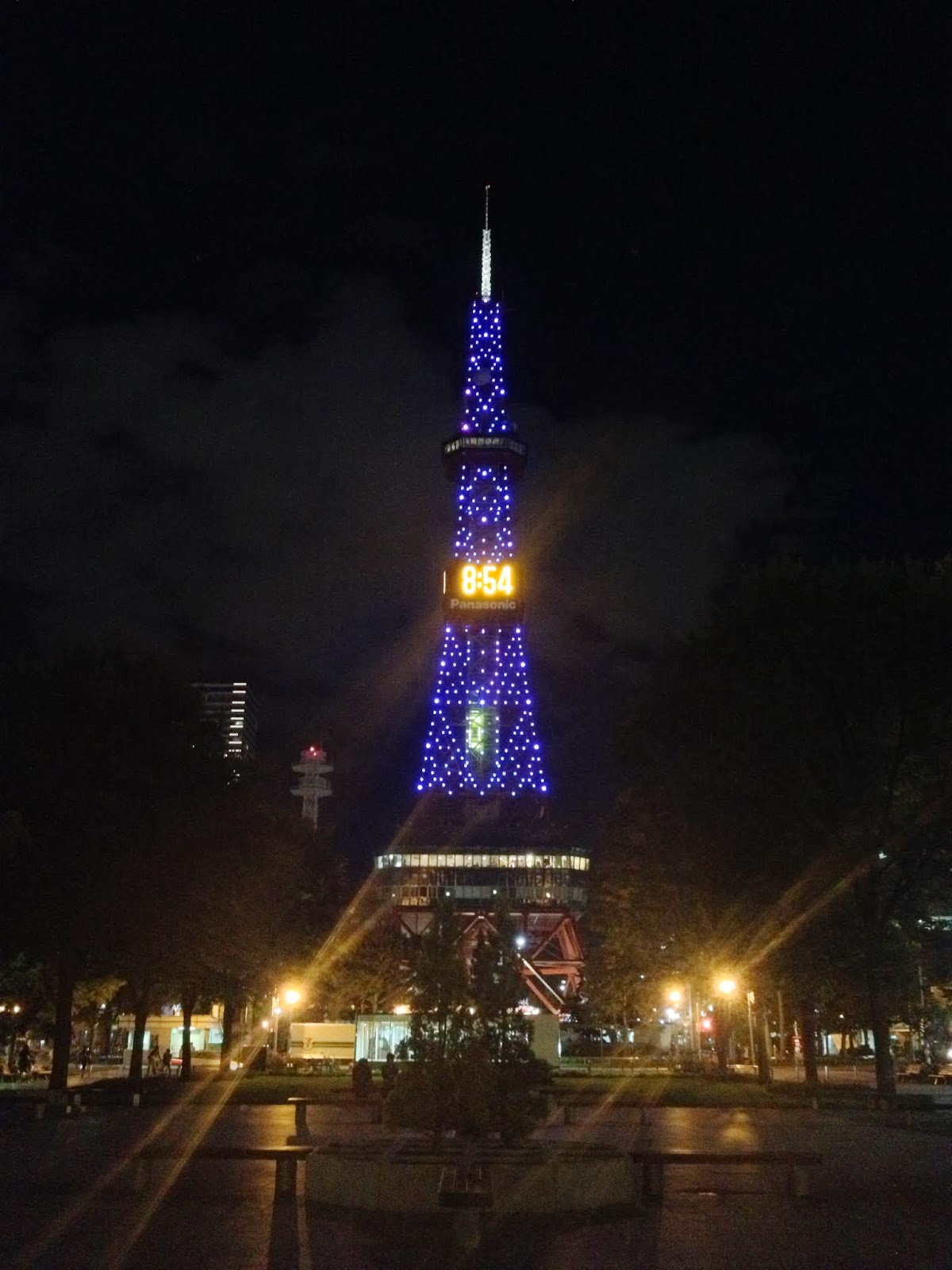