I'm not sure what your definition of fun is, but taking a walk on Oshima is a great way to spend an hour or two while visiting Matsushima. 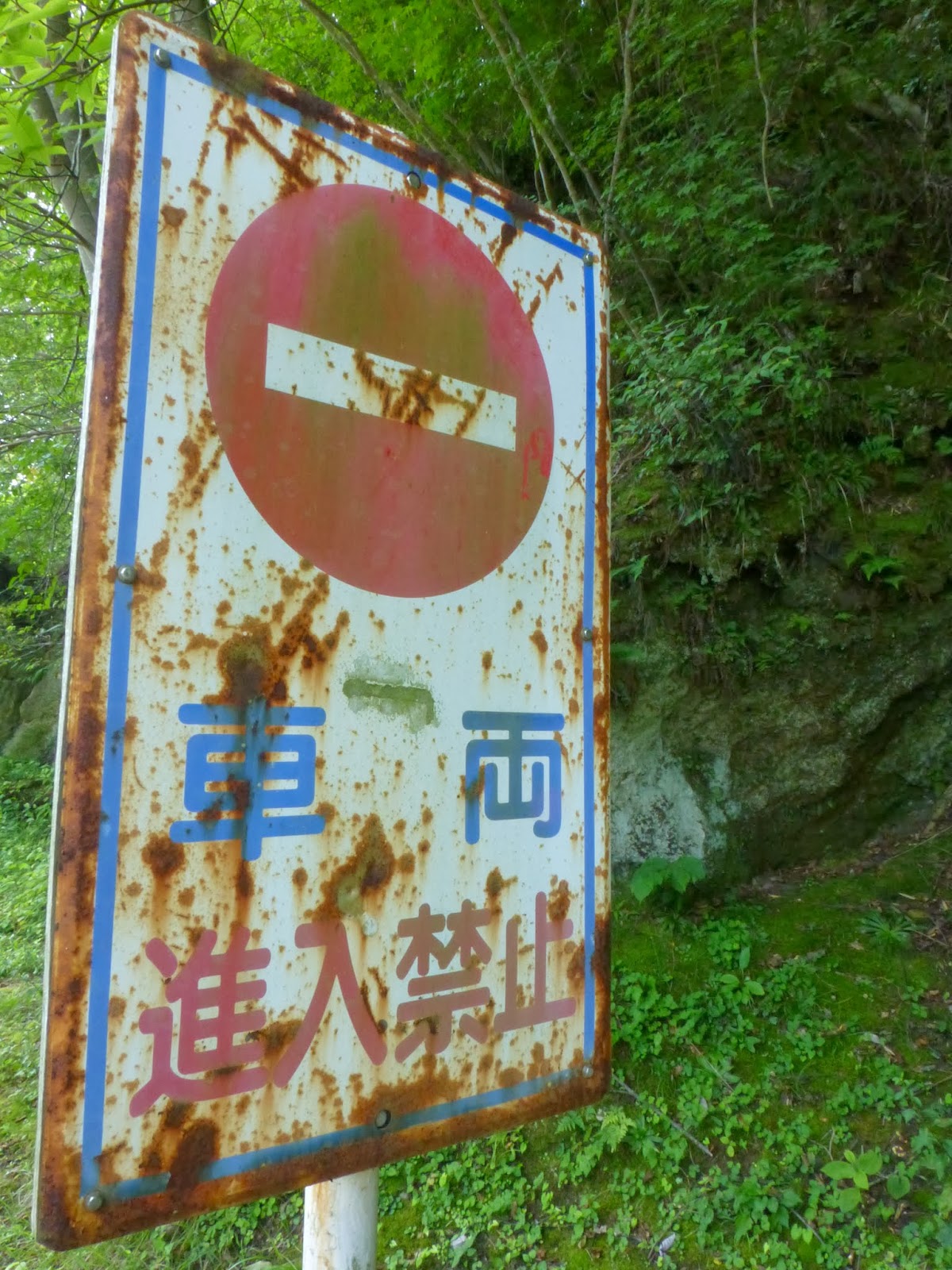 Matsushima is a small town near Sendai, plus the bay it sits on. The bay is dotted with islands covered in pine trees; the most popular sightseeing activity is to take a cruise around these islands and see the small caves and natural bridges that have formed due to erosion over the years. 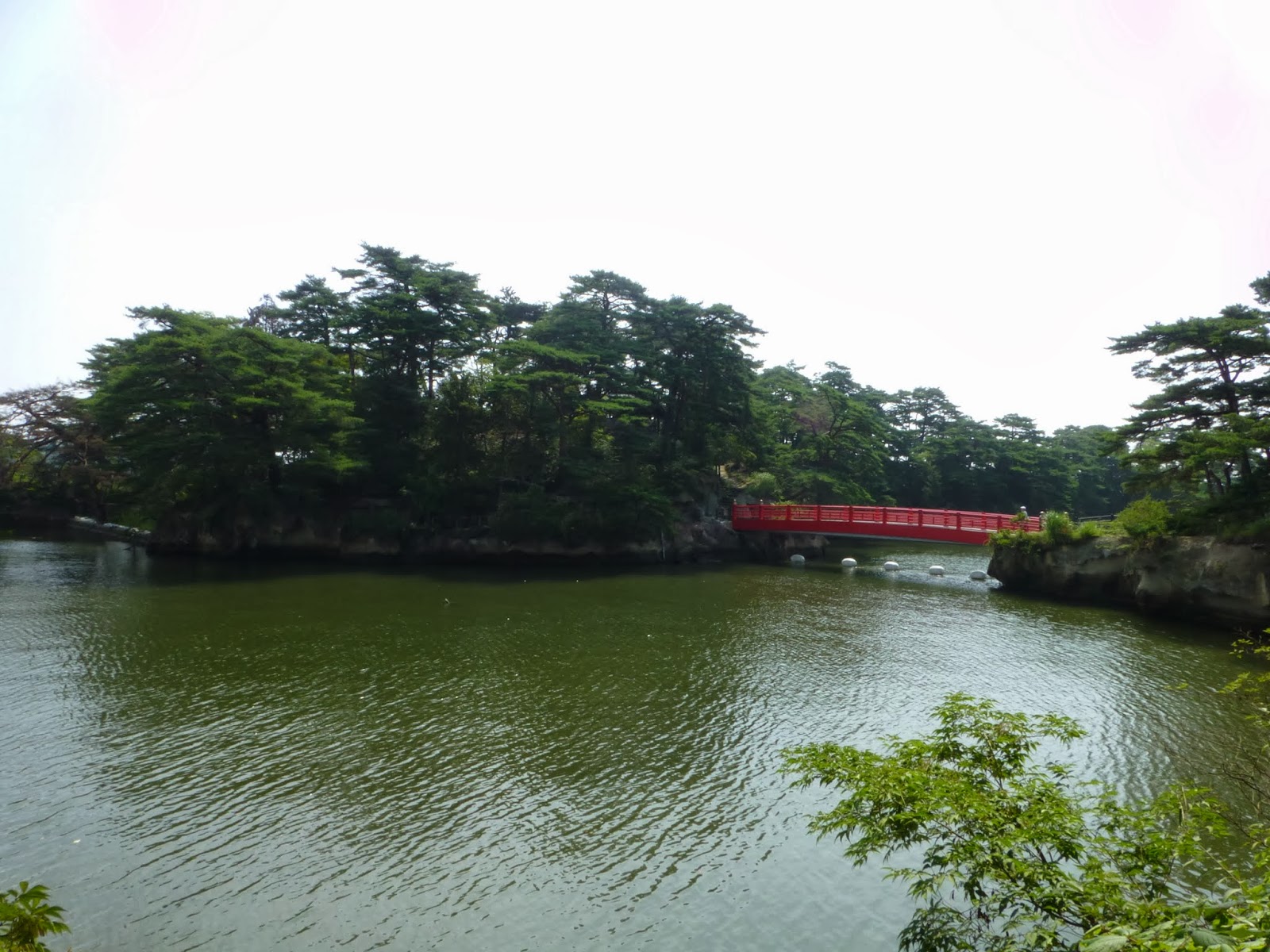 The closest island to the town of Matsushima is Oshima, a small slightly hilly rock on the south end of town. 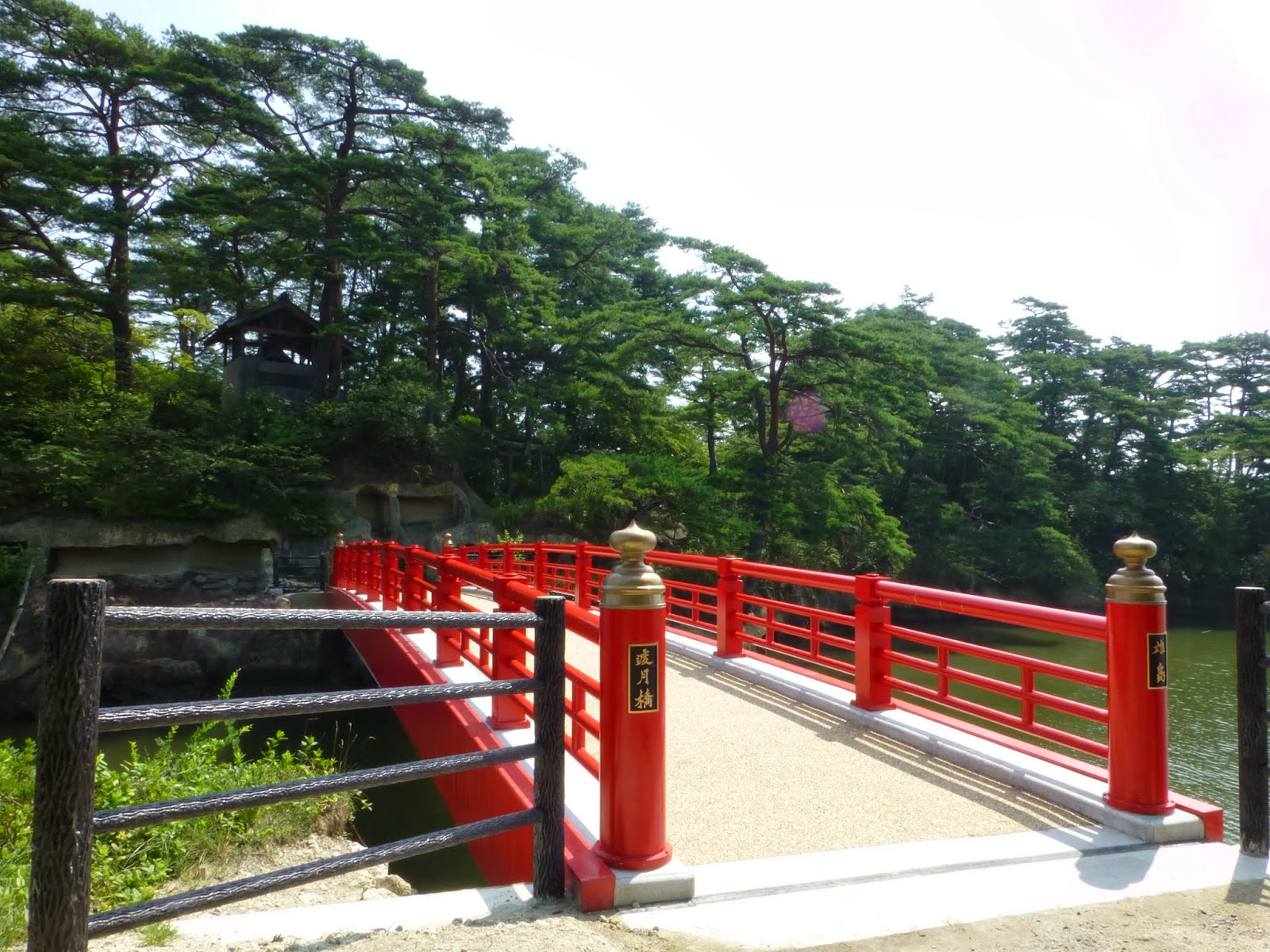 Access to the island is via a short bridge. The bridge was wiped out in the 2011 tsunami and wasn't repaired until 2013. Luckily, it was open by August and I was able to explore it with very little crowds. 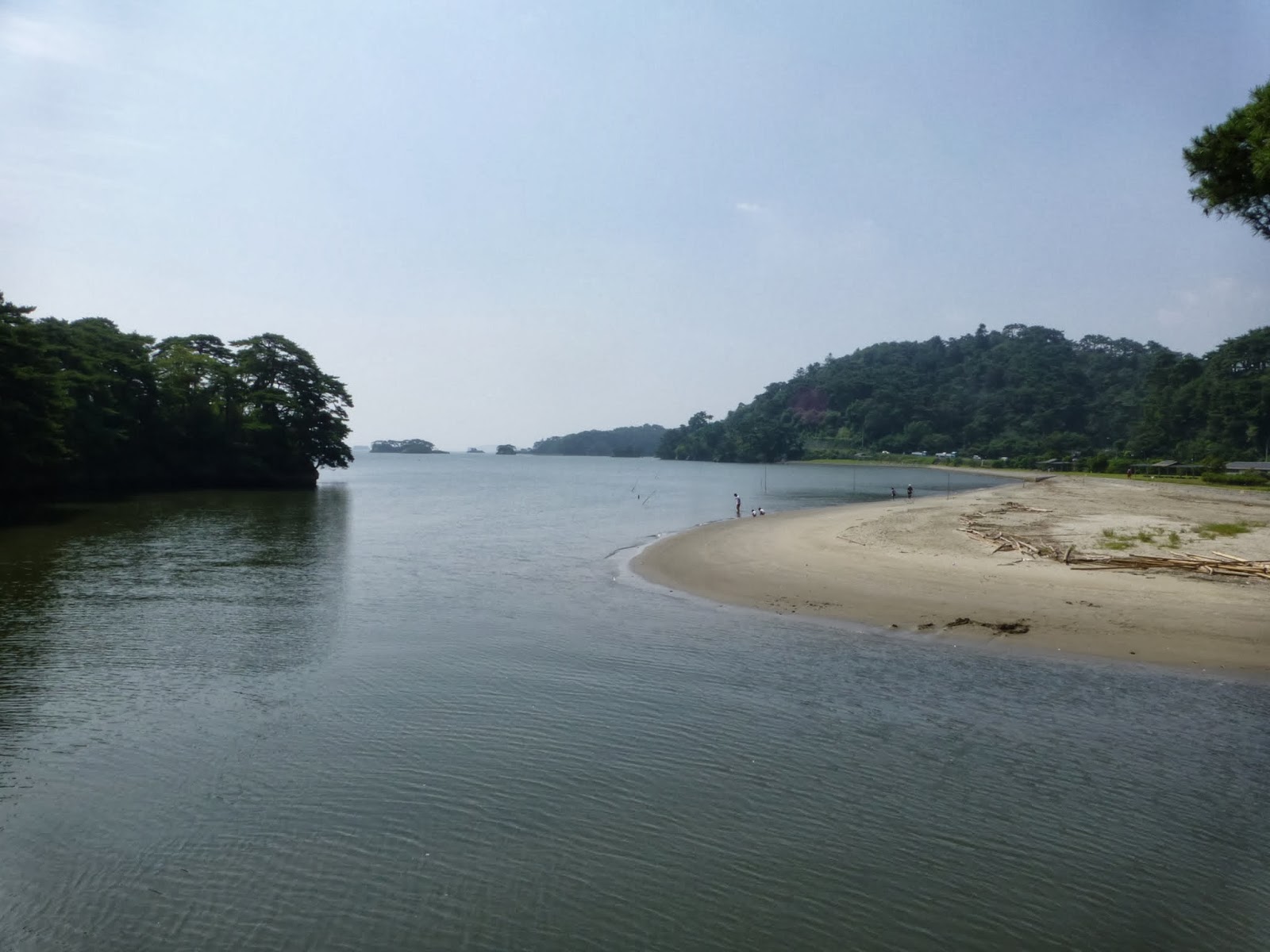 Crossing the bridge, the view between the mainland and Oshima shows a very peaceful beach. 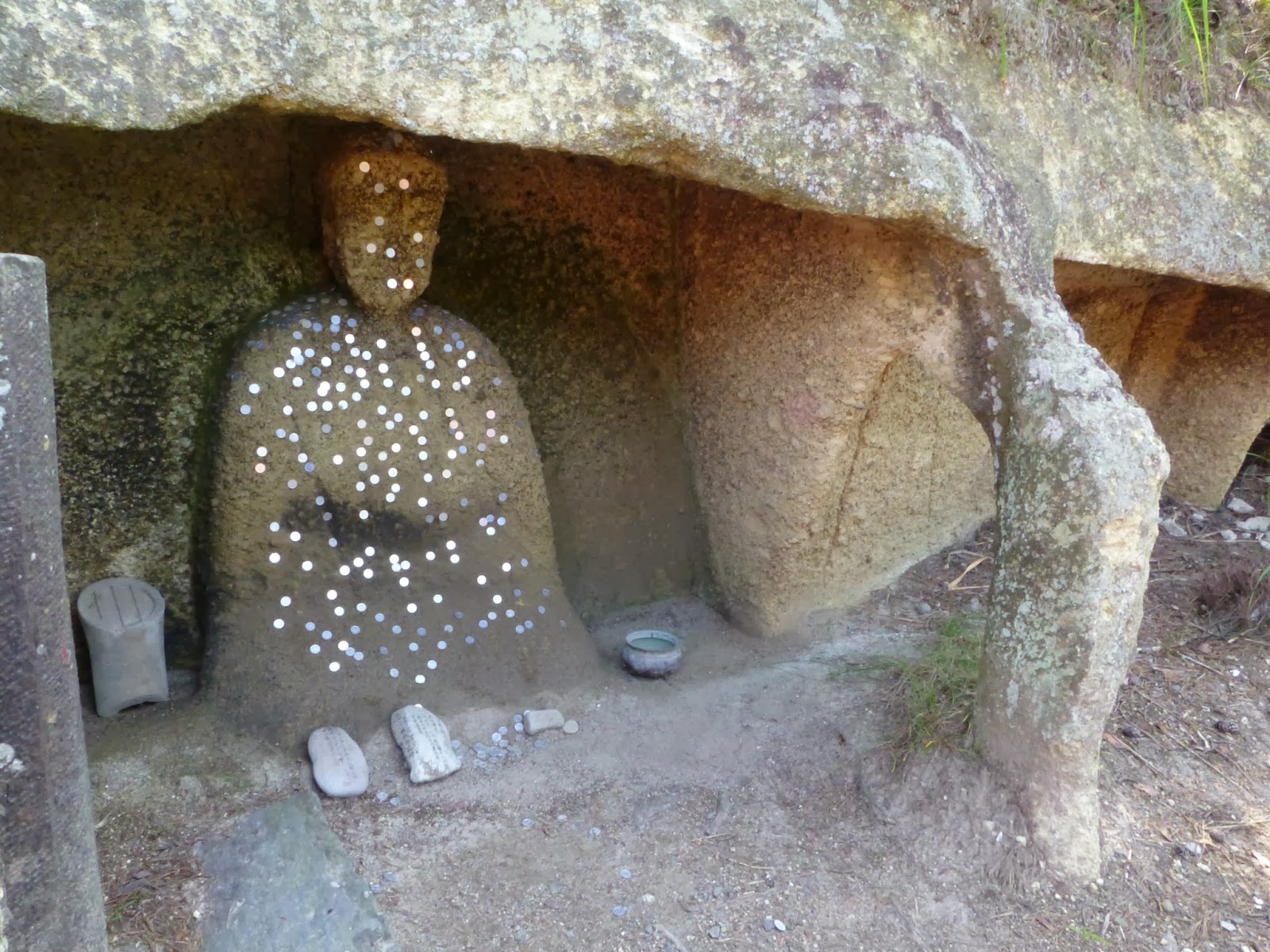 Once I crossed the bridge, I was greeted by a pair of statues carved into small caves. I suppose it's good luck to stick coins onto the statue. 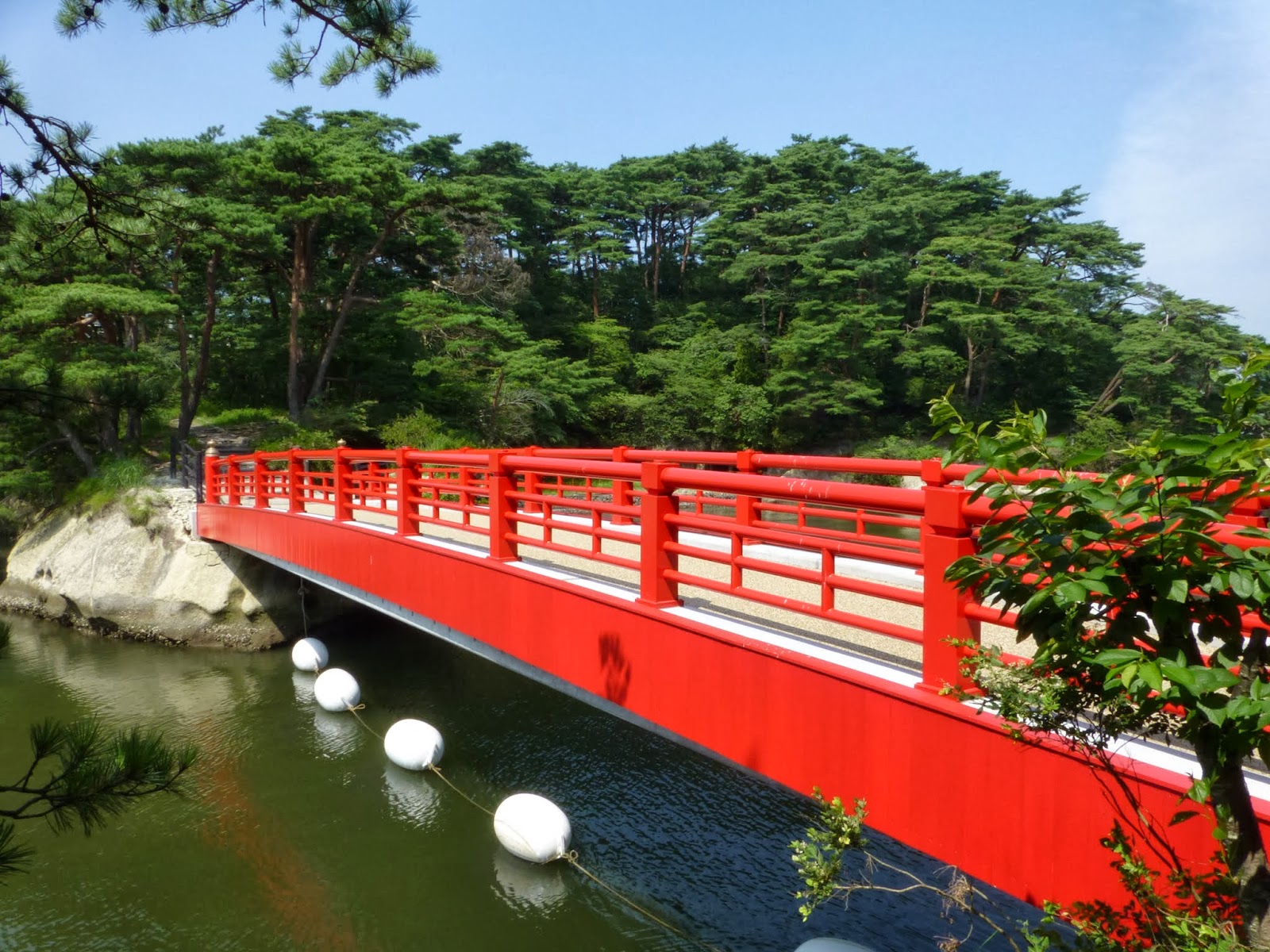 Looking back across the bridge, the view is just as nice. 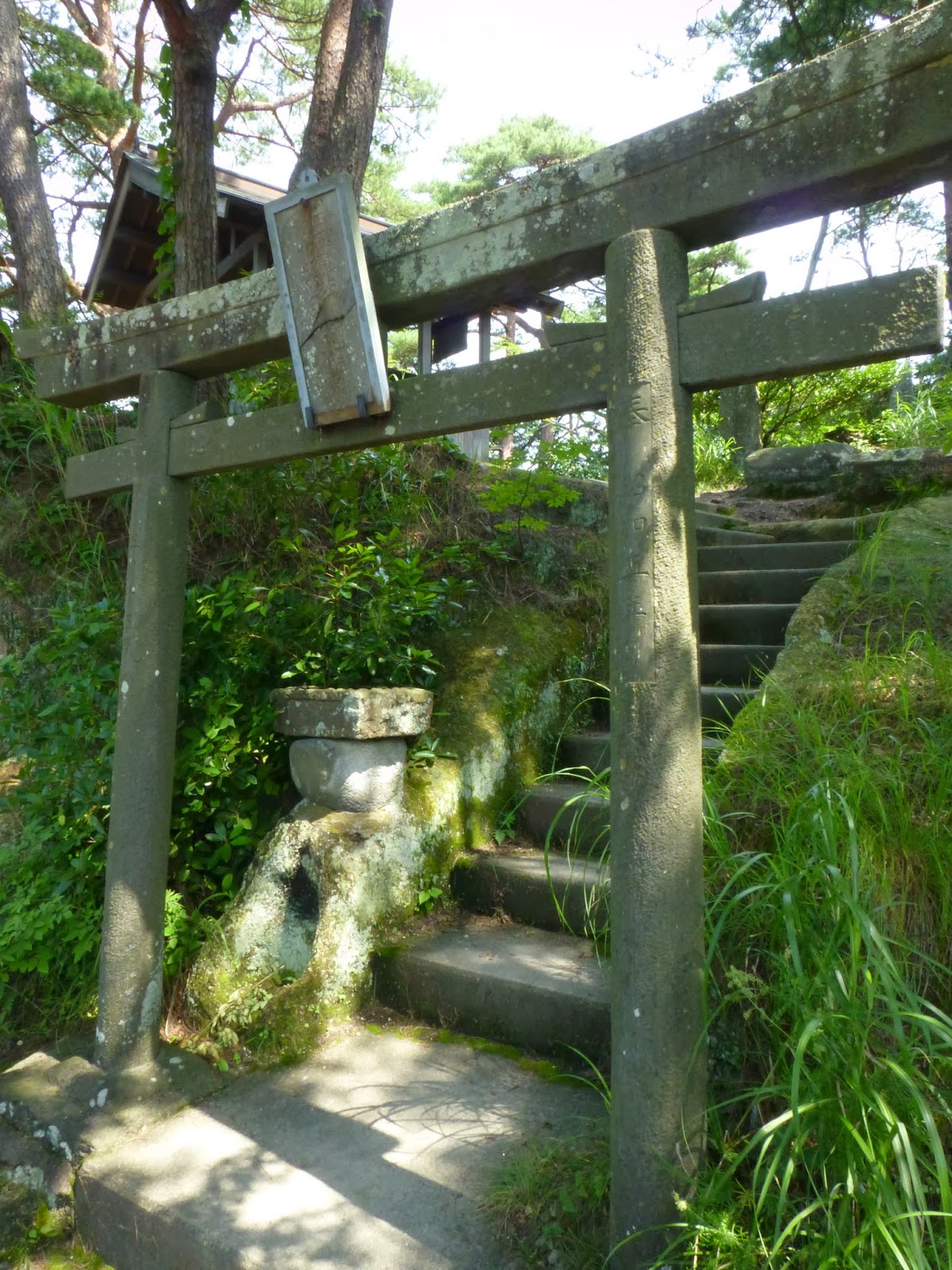 A small temple or shrine building is in the center of the island. Plus there are a couple other shrines. 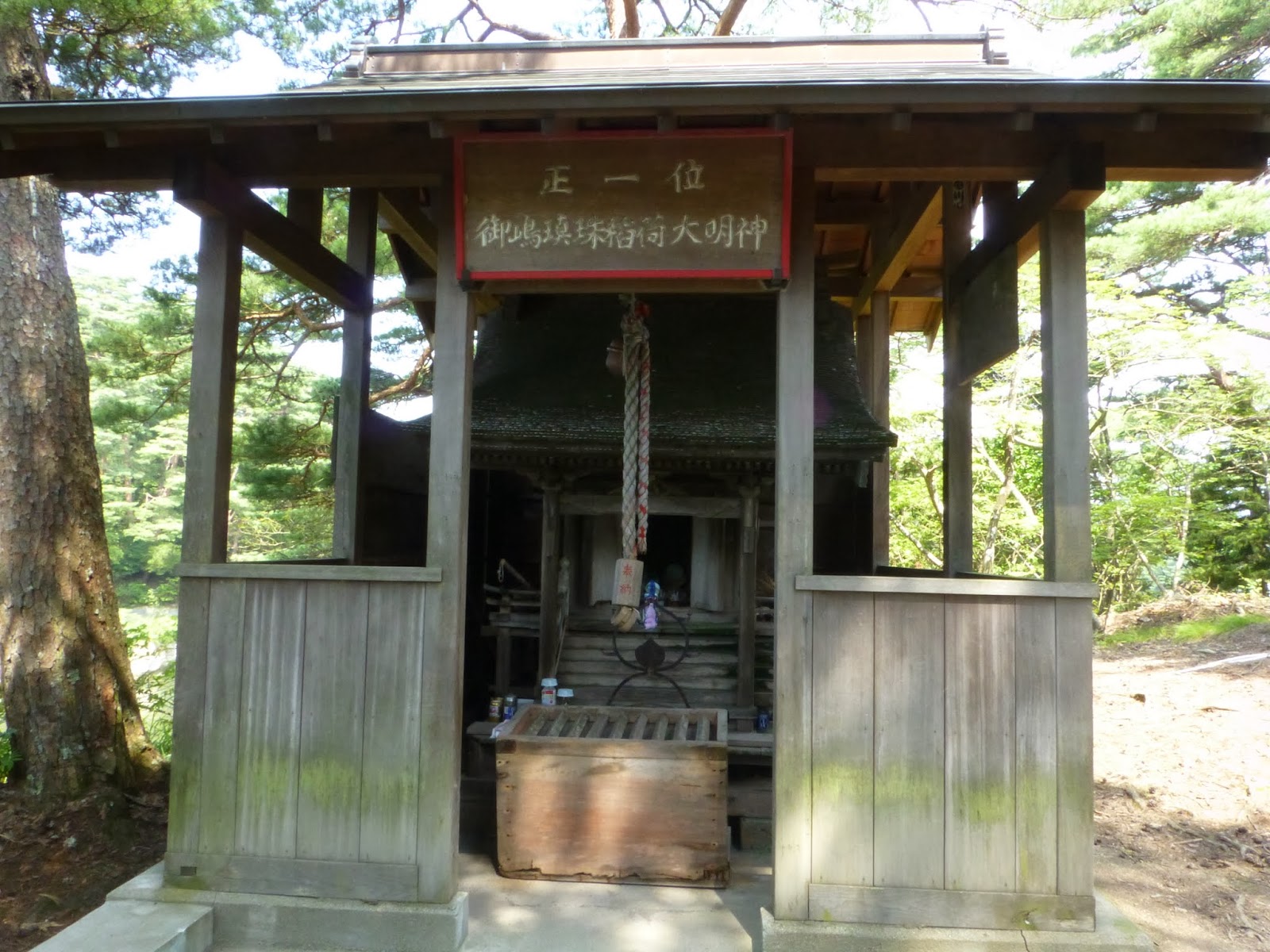 This shrine was on the southern end of the island. 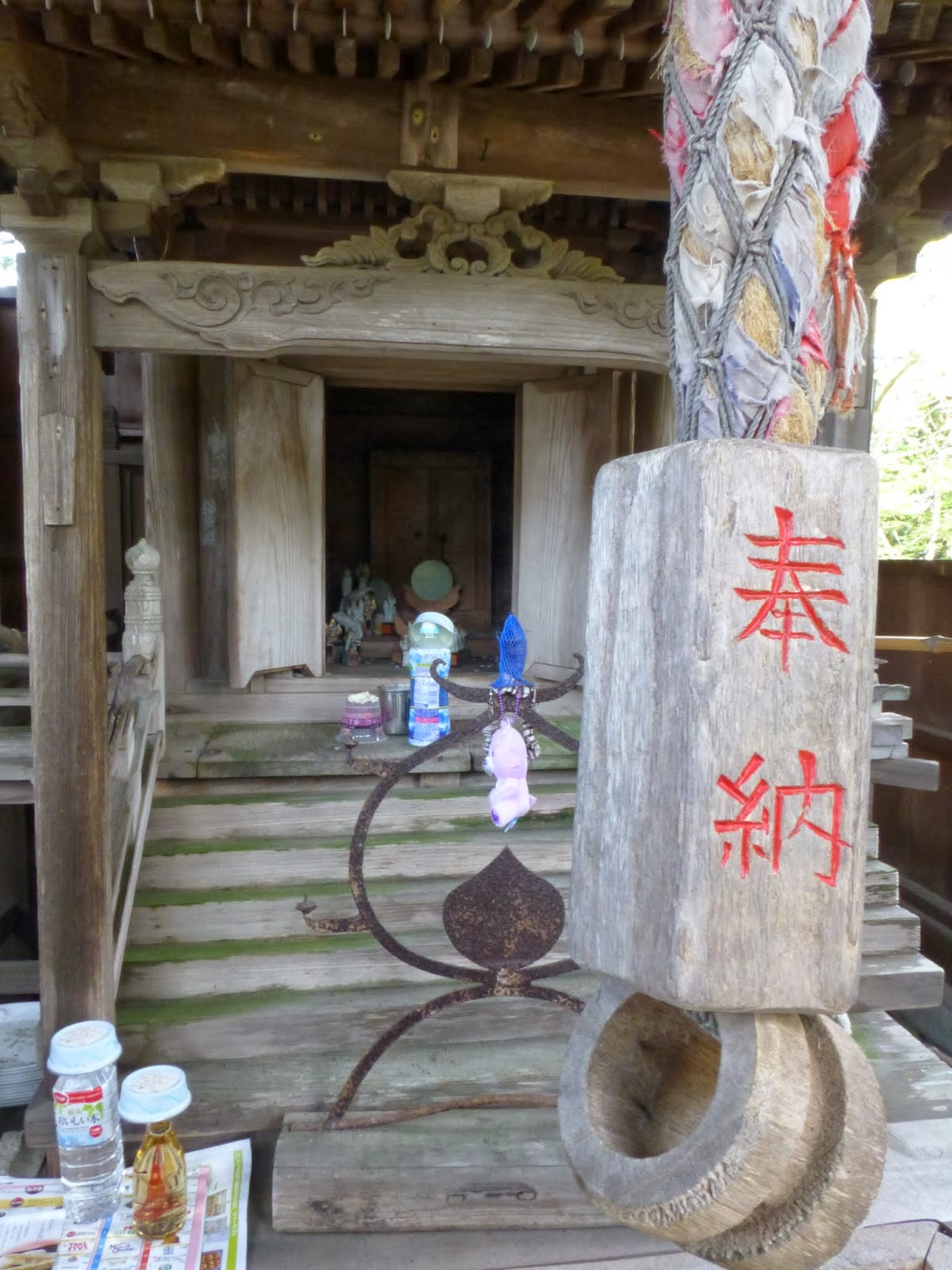 By the time I arrived, other visitors had been able to make some new offerings. 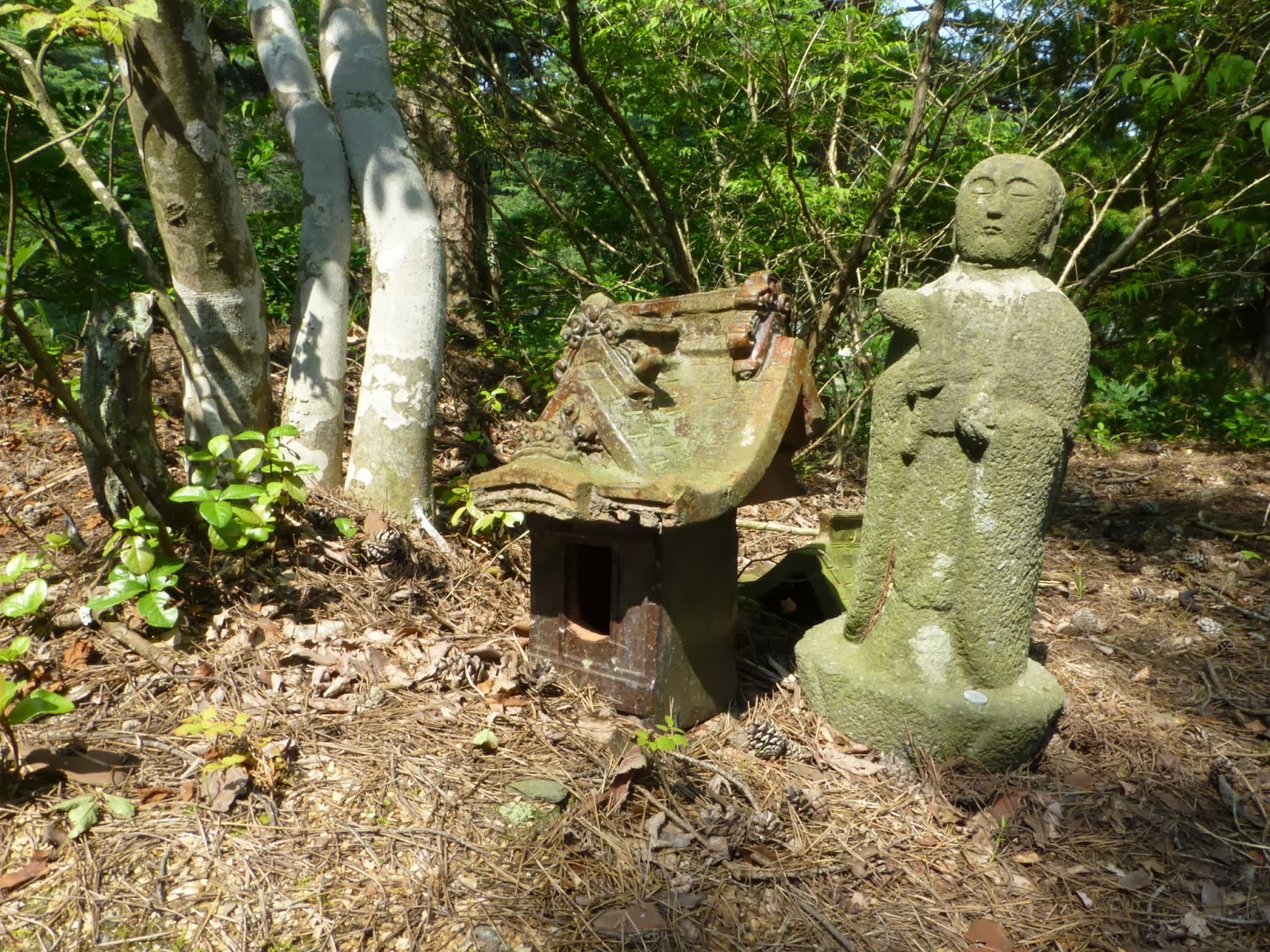 The island isn't very big, and the southern end is fairly plain. There are small statues and other works scattered here and there. 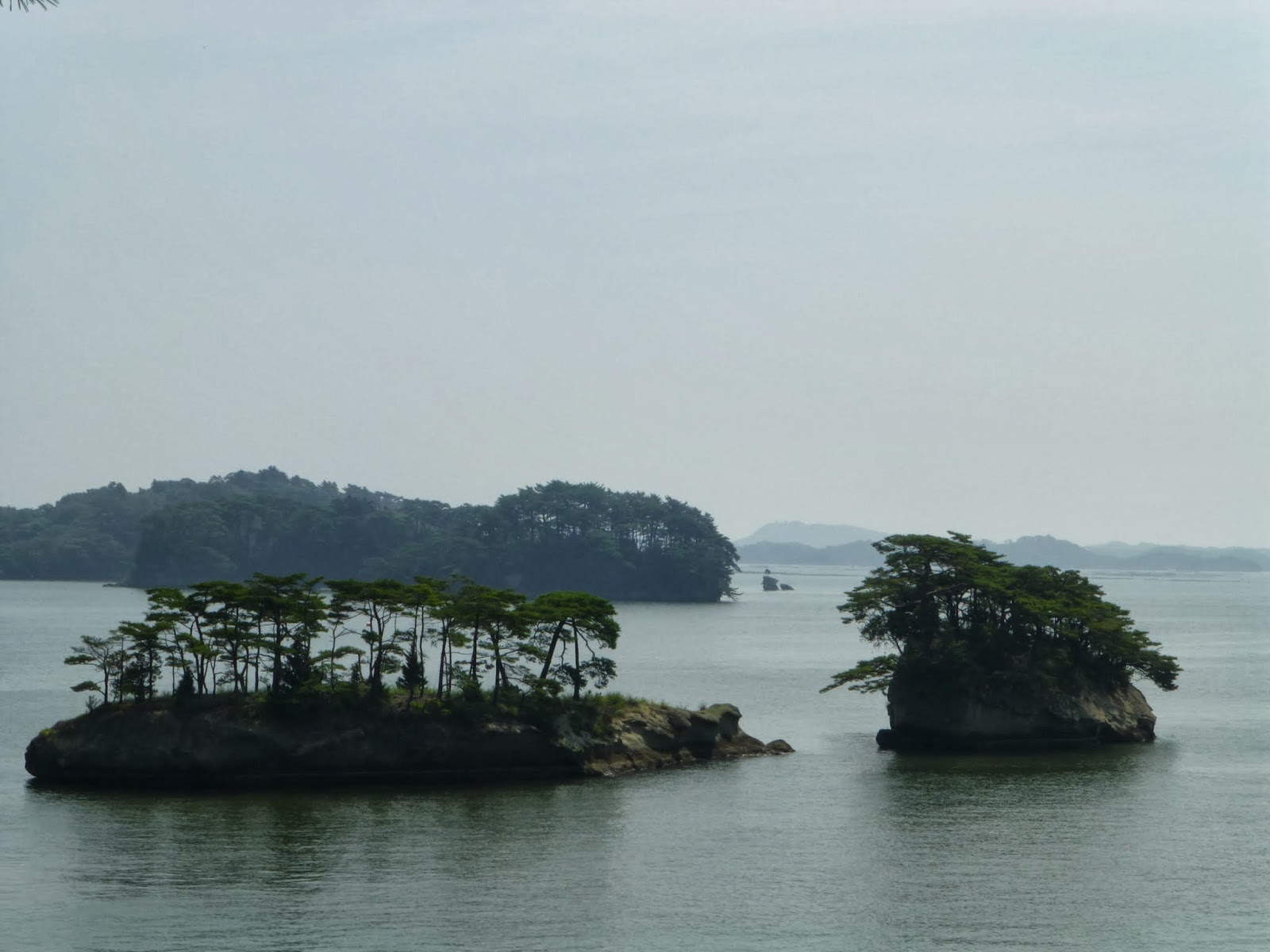 On the east side of the island, away from the town, there are a few locations that provide nice views of the bay. The heat and humidity gave the bay a hazy appearance. 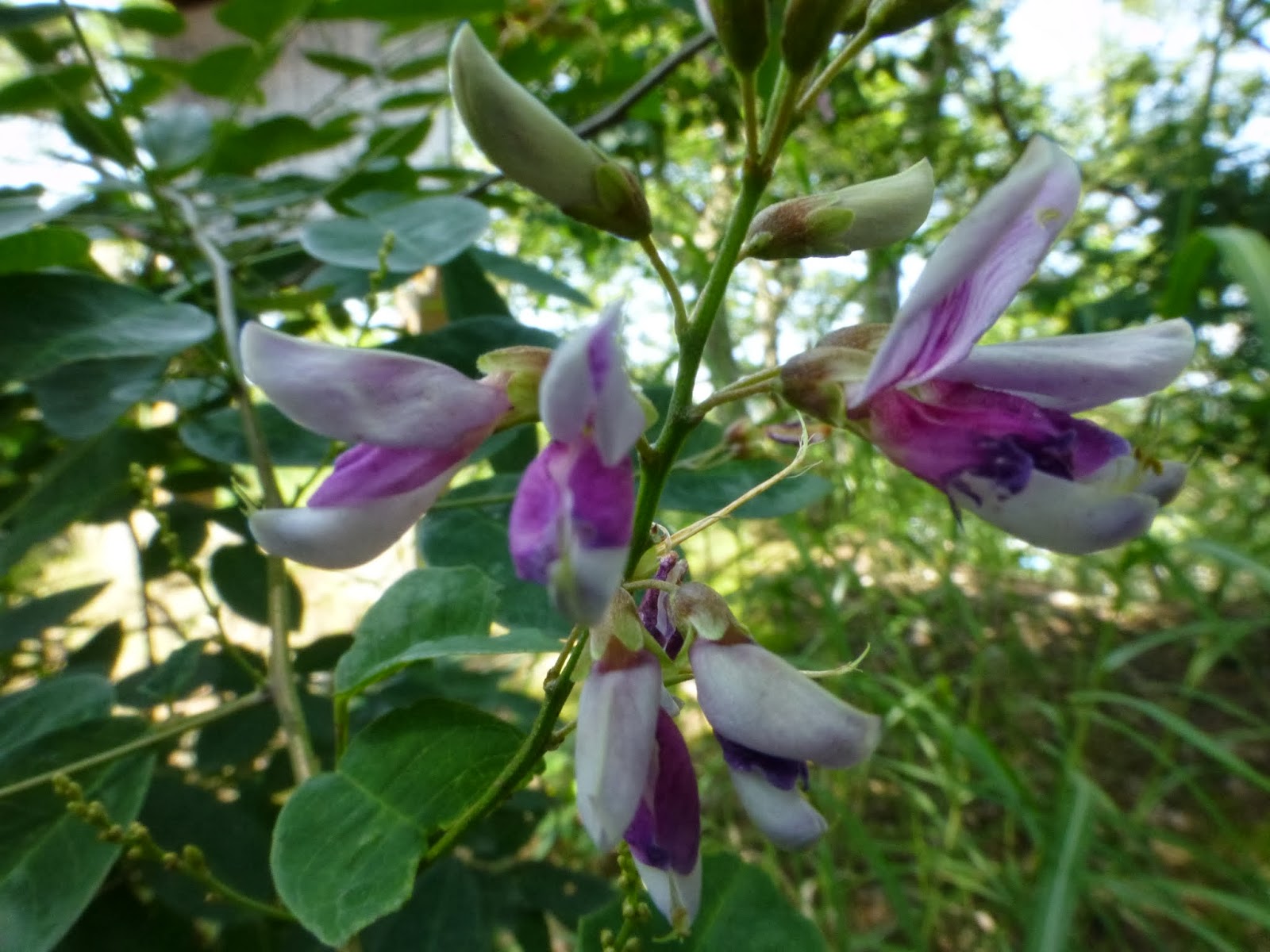 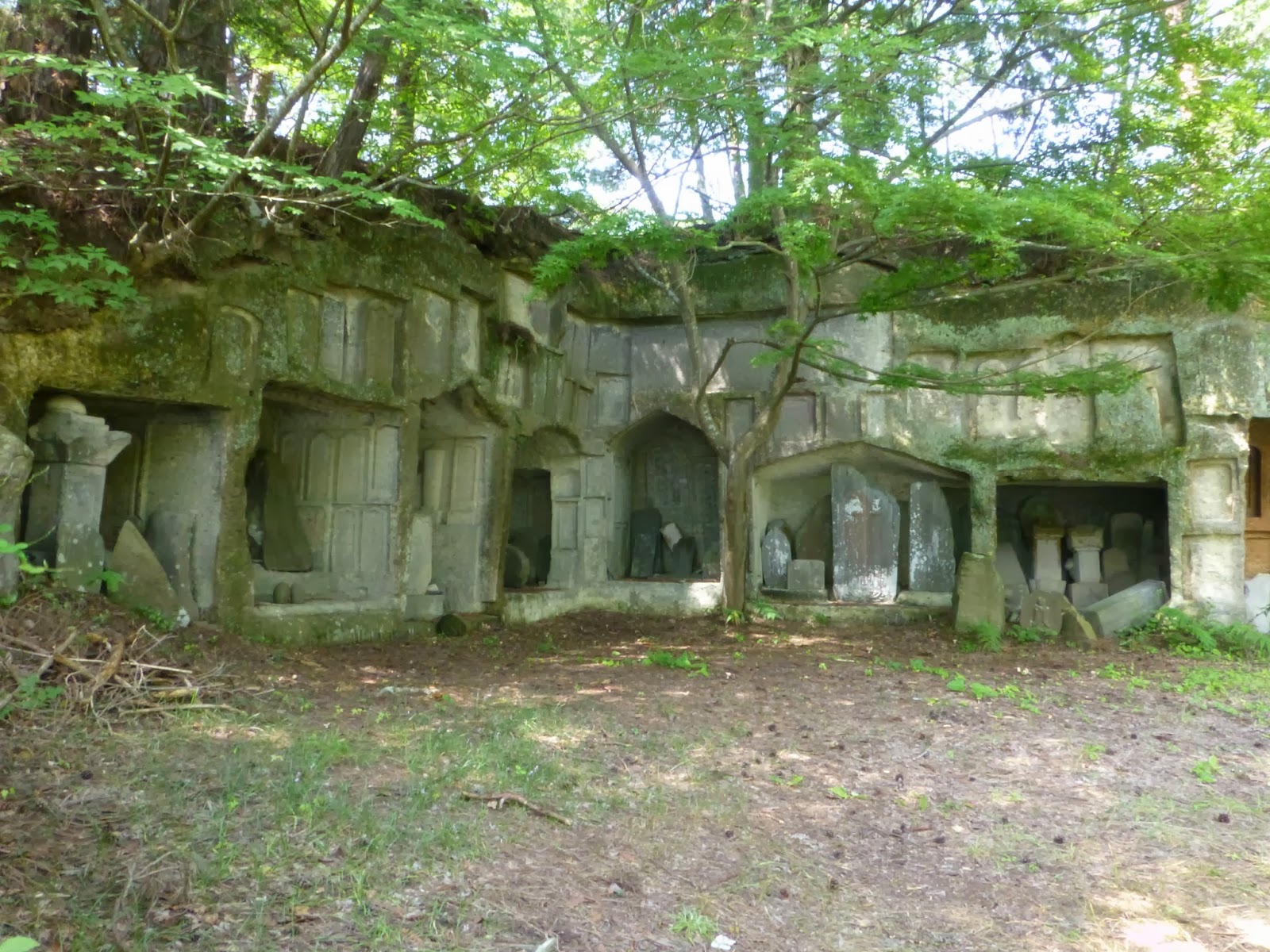 Once I got around to the northern side of the island, I could see more of the small caves. They were full of statues and tablets. There was also this statue watching over them, perhaps protecting them from tsunamis. The island itself apparently didn't have any damage from the tsunami in 2011. 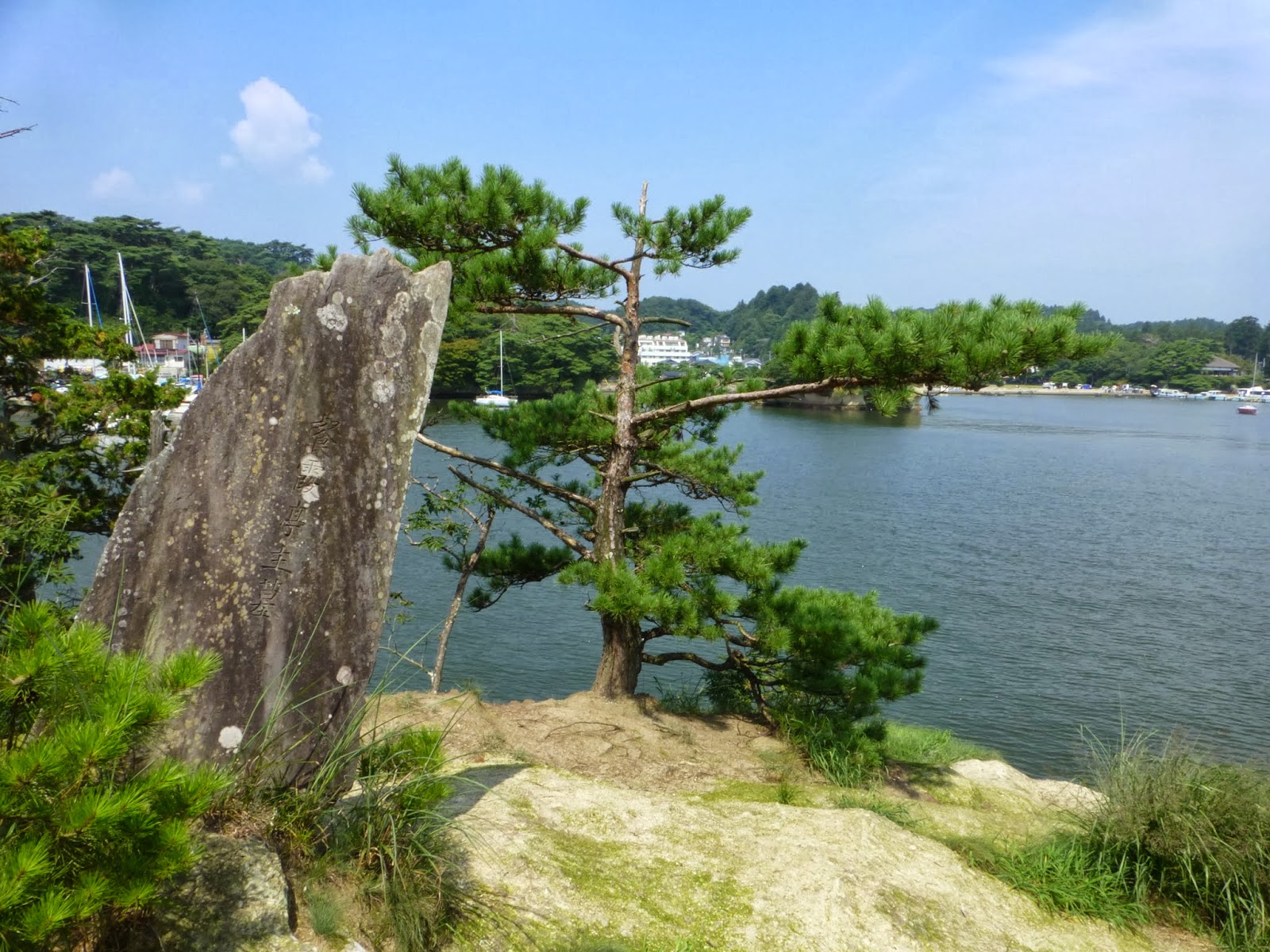 This is the northern end of the island. The small marina pokes out on the left, and another small island with a temple is behind the pine tree. I'll post about that soon. Beyond that there's a cruise ship dock and a long bridge to a larger island - you'll see that island later as well. 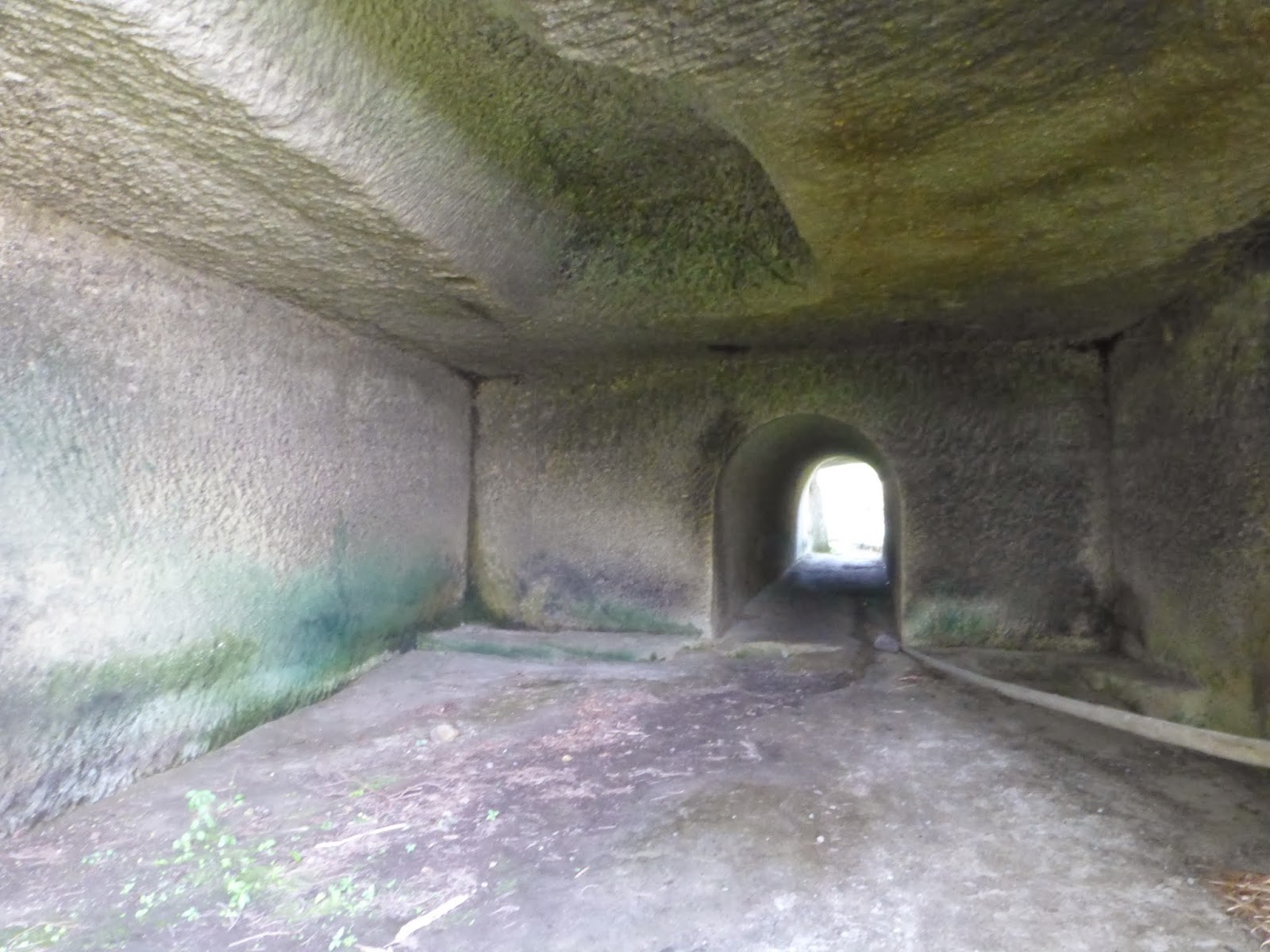 To get back to the bridge and Matsushima, you could walk through this tunnel. However, it was closed for some reason during my visit (I managed to photograph it in such a way that you can't see the caution tape). It seems to be safe enough, but they might have been cleaning it or performing inspections or something. So I had to walk over the small hill. 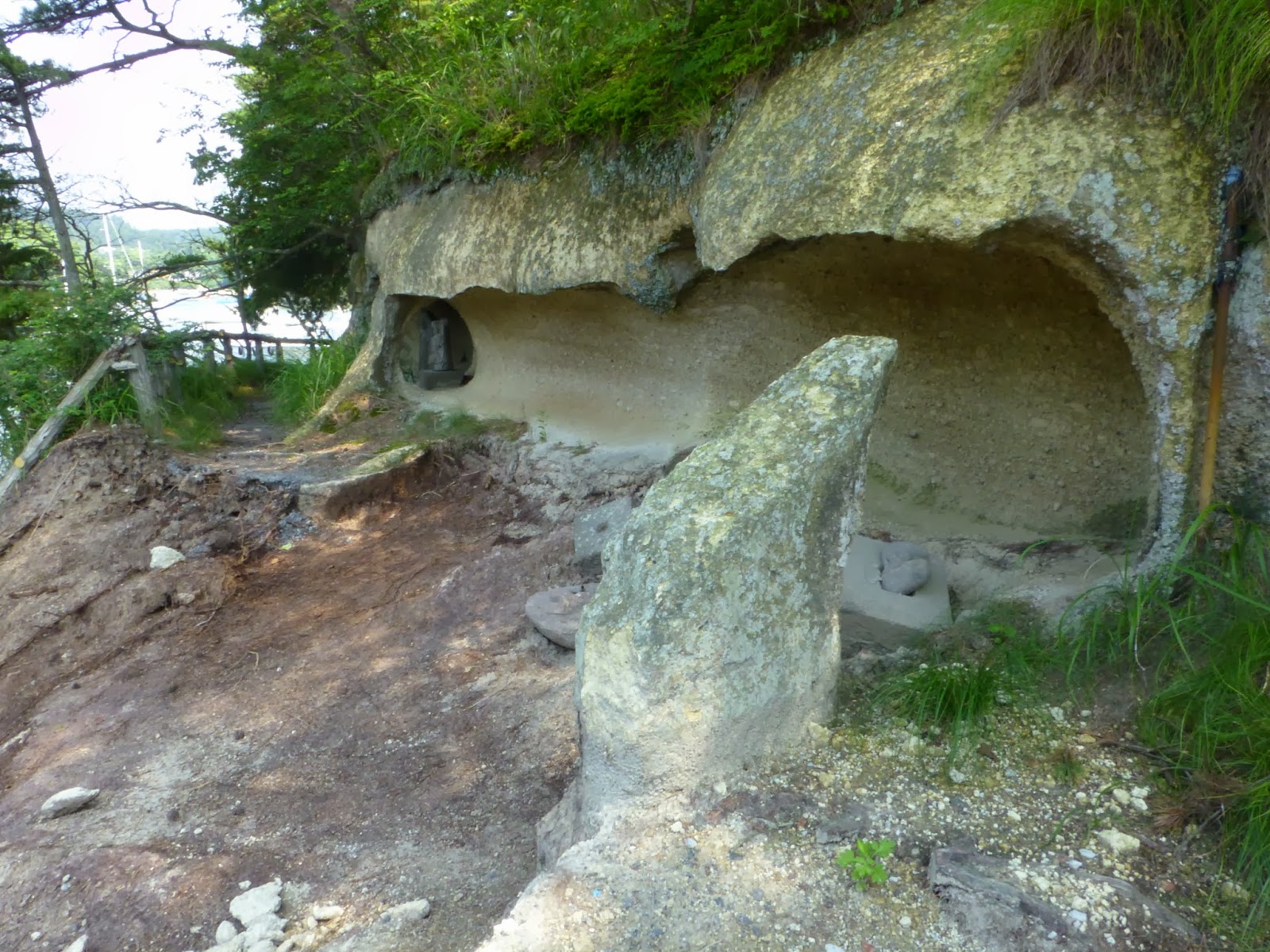 From the look of these rocks, the water would have filled the tunnel during the 2011 tsunami. To the left is the water, facing Matsushima.

Oshima is free, and is about 5-10 minutes away from Matsushima-Kaigan Station. It's a little tricky to find but there are some signs and if you try to stick to the roads closest to the shore you should find it soon enough. From the station, walk toward the water and MarinePla aquarium, then follow the small road to the right around the aquarium. TA little ways down you'll come to a wooden building (there's a large sign for the park management office at the street); turn left immediately after that (there's a large map of Oshima across the path from the building). You'll go down a street that turns into a path that leads right to the bridge.

There are three islands reached by footbridge from Matsushima: Oshima, the small island that is the home of Godaido, and Fukuura Island. This is the southernmost island. There are a few islands around Matsushima itself, but the real collection is further out, around Miyato Island. The cruise ships will come out here, but I think visiting with your own boat and exploring the random islands would be ideal. I've read that there are lots of beautiful caves to be found that the tour boats don't visit.
Posted by Ryan G at 2/24/2014 03:00:00 AM