Where Everybody Goes in Hokkaido: The Sapporo Clock Tower

When you think of major cities, certain locations come to mind. New York has the Statue of Liberty, Los Angeles has the Hollywood sign, Paris has the Eiffel Tower and Berlin has the Brandenburg Gate. Japan's cities also have their own landmarks. In Sapporo, the old clock tower building has become the symbol of the city. 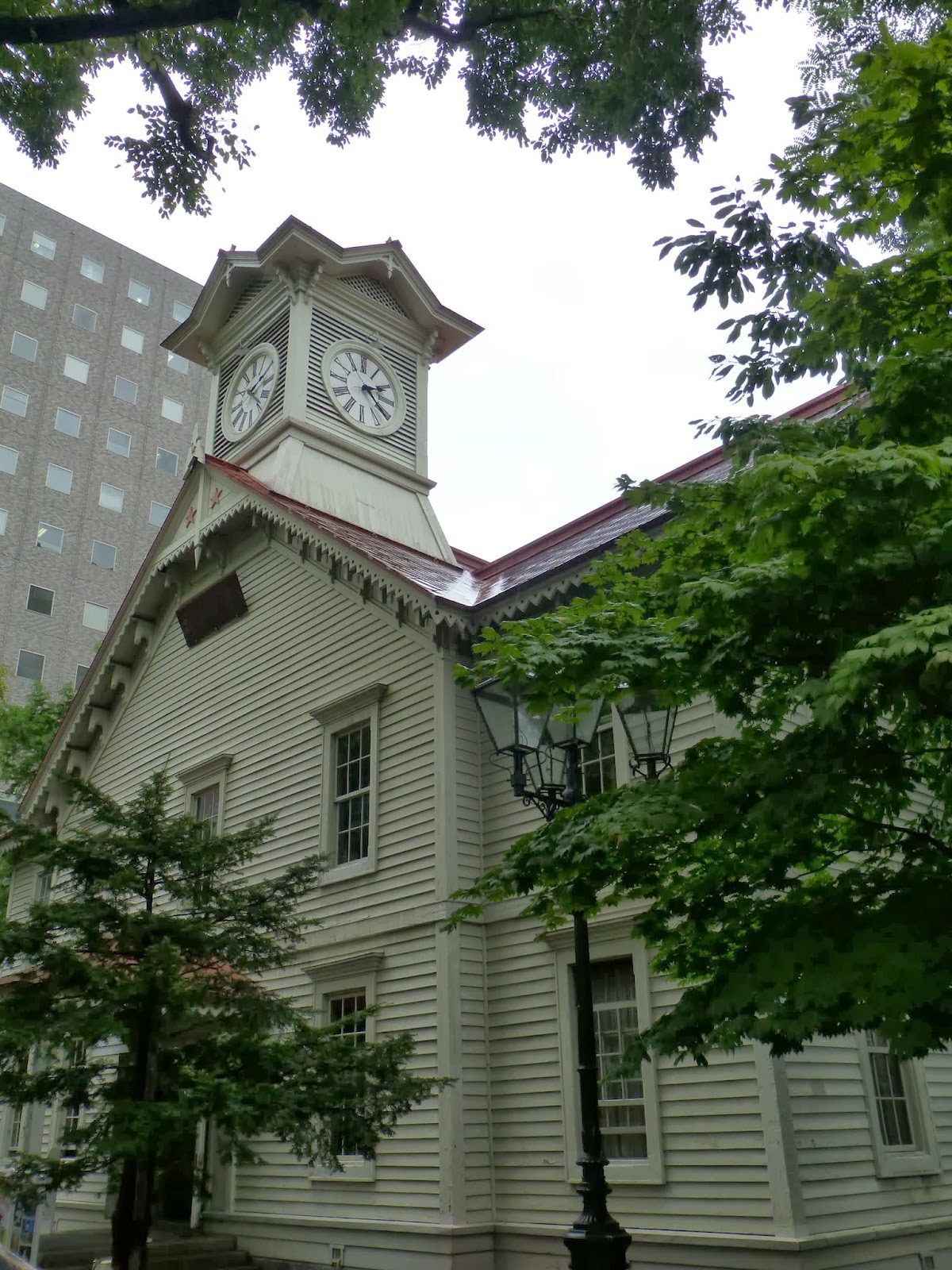 You'd think that the defining architectural landmark of a city would be more than a two-story wooden structure with a clock. But it is a symbol of the city's history, if nothing else. It was built in 1878 for the Sapporo Agricultural College as a drill hall. The clock was installed in 1881. 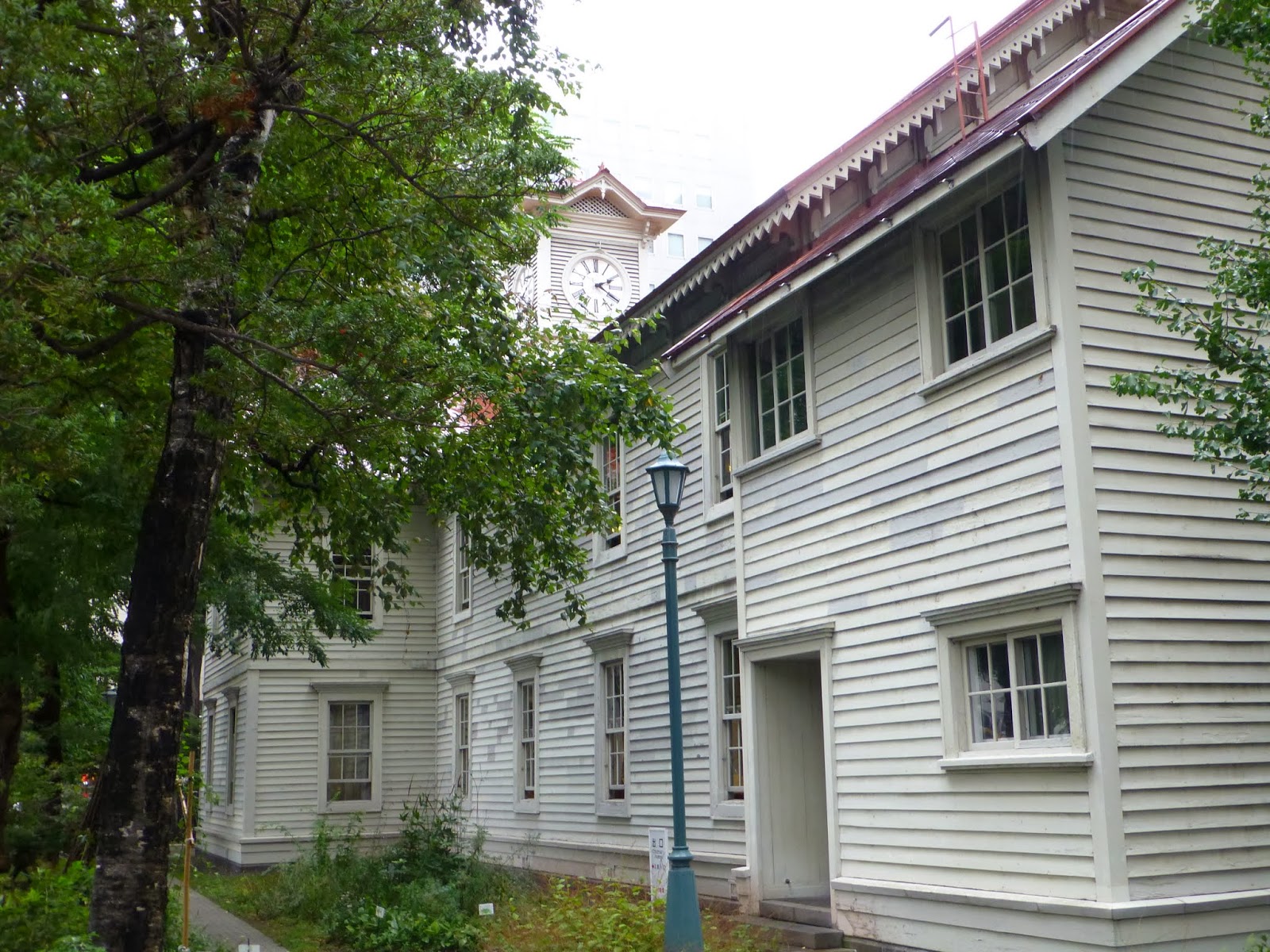 It's a nice building, even if it's not that big. Inside, you'll find a modest museum about the building and Sapporo's history on the first floor, with displays about the clock and a large ceremony hall upstairs. It's not famous because of the museum or exhibits, though. 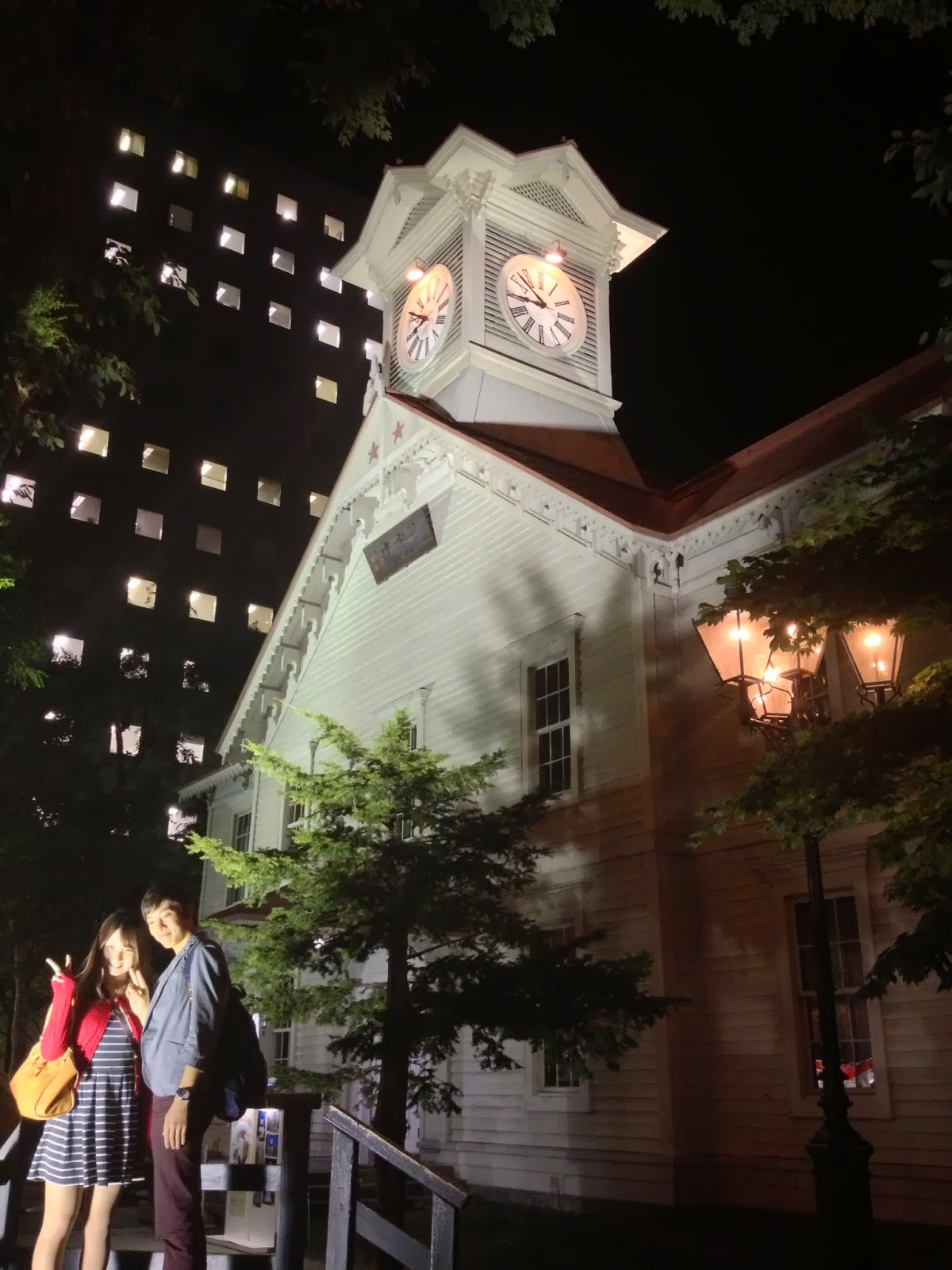 It's all about the photo. Everybody takes their picture here; even when I visited in the rain during the day there was a small line of tourists waiting to walk up onto the platform for the ubiquitous memento. 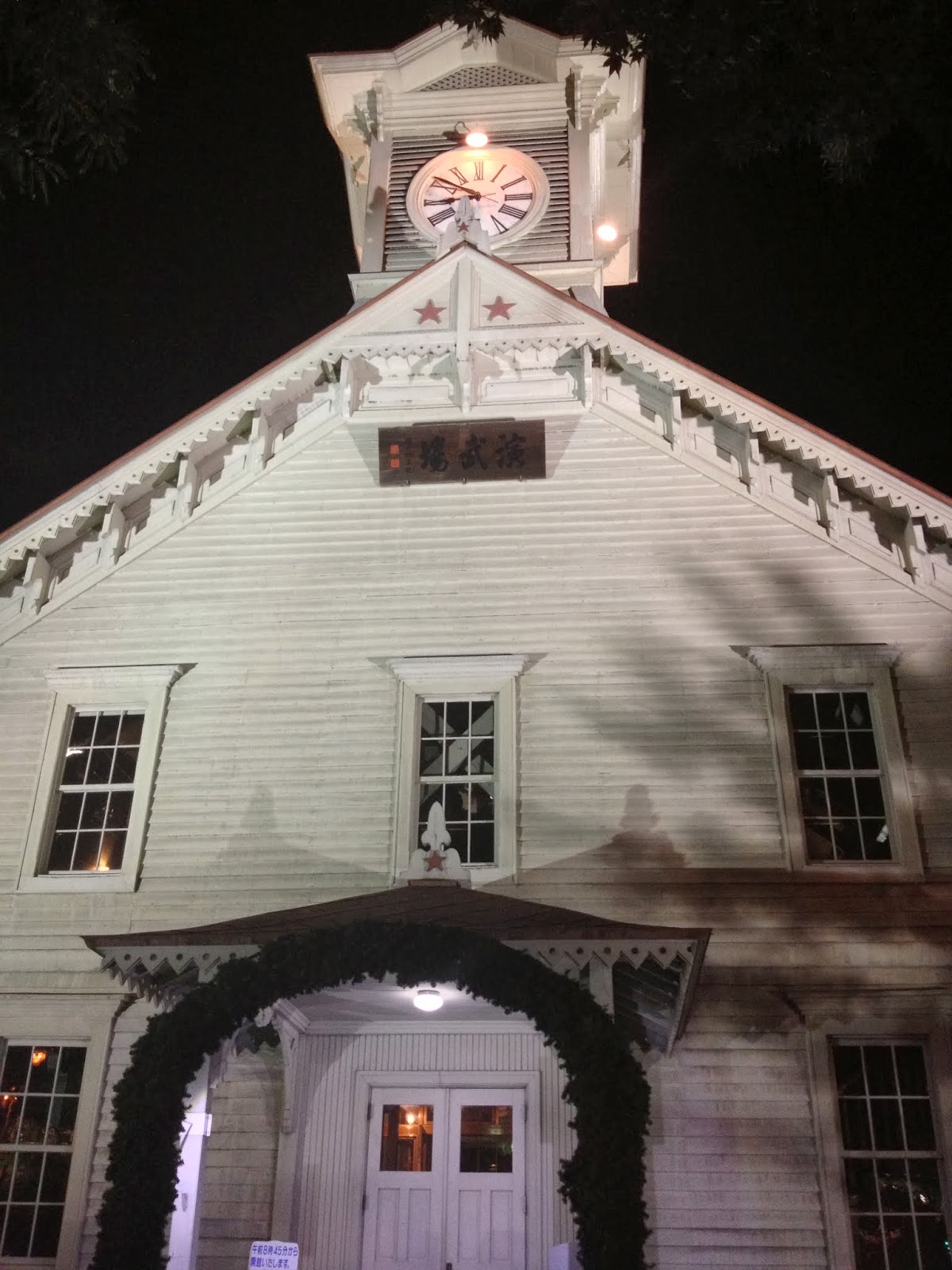 It's so popular, in fact, that the building stays lit up by flood lights late into the evening for those looking for a night time shot. Granted, it's a nice building, but there are dozens like it in America. To be honest, I still took my photo in front of the tower like a good little tourist. 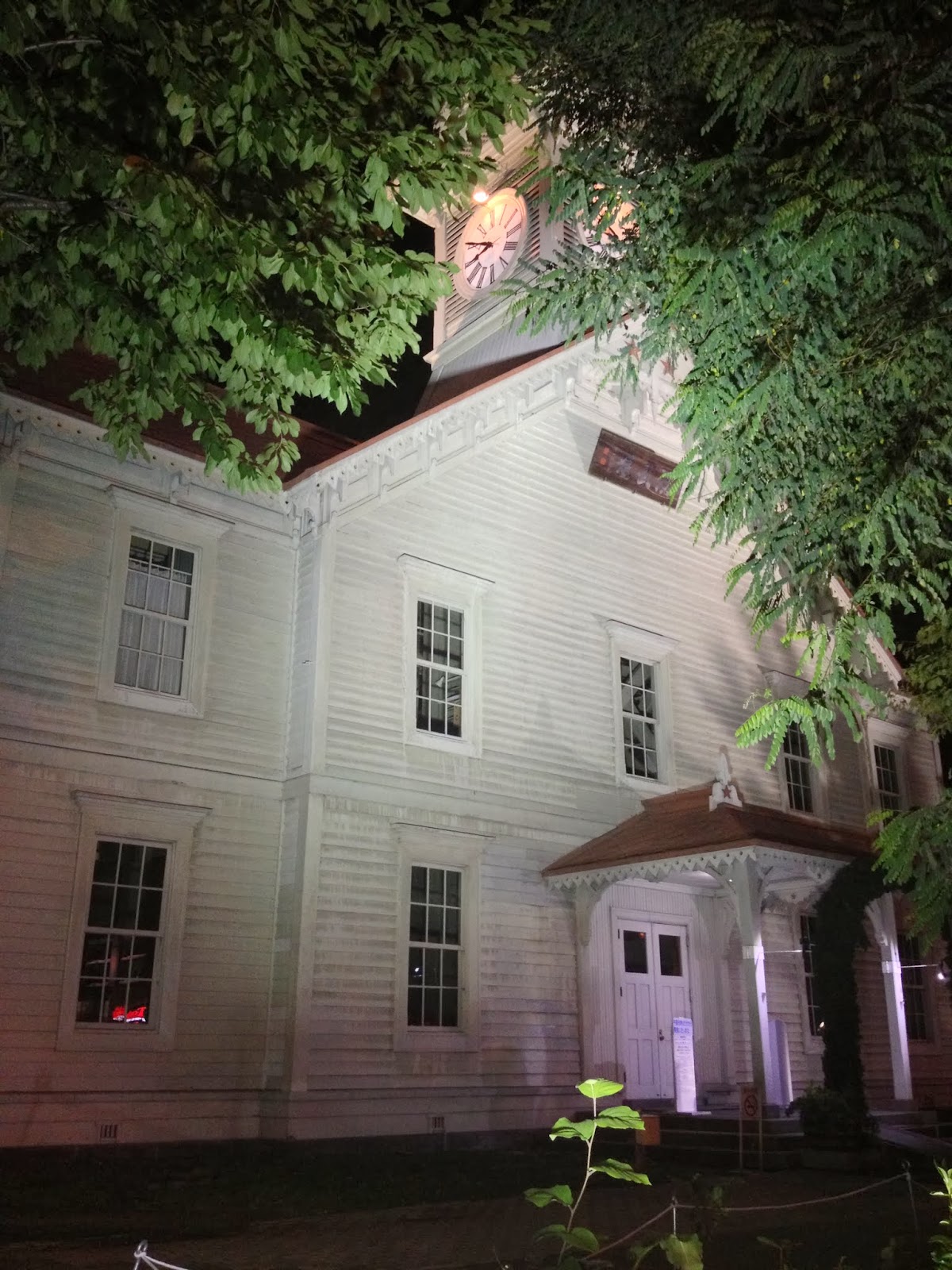 The Clock Tower (Tokeidai) is open from 8:45 AM until 5:10 PM - you can enter until 5:00 PM. They close one Monday or Tuesday a month, and admission is 200 yen. I've heard the museum isn't that great if you can get through in 10 minutes, but on a cold day it's a 200 yen way to warm up and get a little history lesson. You can get there by walking one block north from Odori Station or four blocks south from Sapporo Station. It takes about 2-3 minutes to walk a block in Sapporo as they are quite large.
Posted by Ryan G at 2/09/2014 03:00:00 AM