Sendai: It's A City In Tohoku

Japan, like the United States, is broken up into regions. First, the islands/chains: Honshu, Hokkaido, Kyushu, Okinawa, and Shikoku. Then, Honshu, the largest of the islands, is split into smaller regions: Tohoku in the north, Kanto near and including Tokyo, Chubu around the middle, Kansai around Kyoto and Osaka, and Chugoku in the west including Hiroshima. These regions are then broken up into governmental prefectures and cities.

Tohoku is most known these days as the region that includes Fukushima and the nuclear power plant, and it is the area that was hardest hit by the earthquake and tsunami. But that notoriety aside, it's a largely rural area with skiing and some history. The region has some great sights, but they take time to reach and are fairly off the tourist-beaten path. There are two notable exceptions: Matsushima and the Aizu-Wakamatsu area. (Okay, there are more, but I've only visited those two so far.) 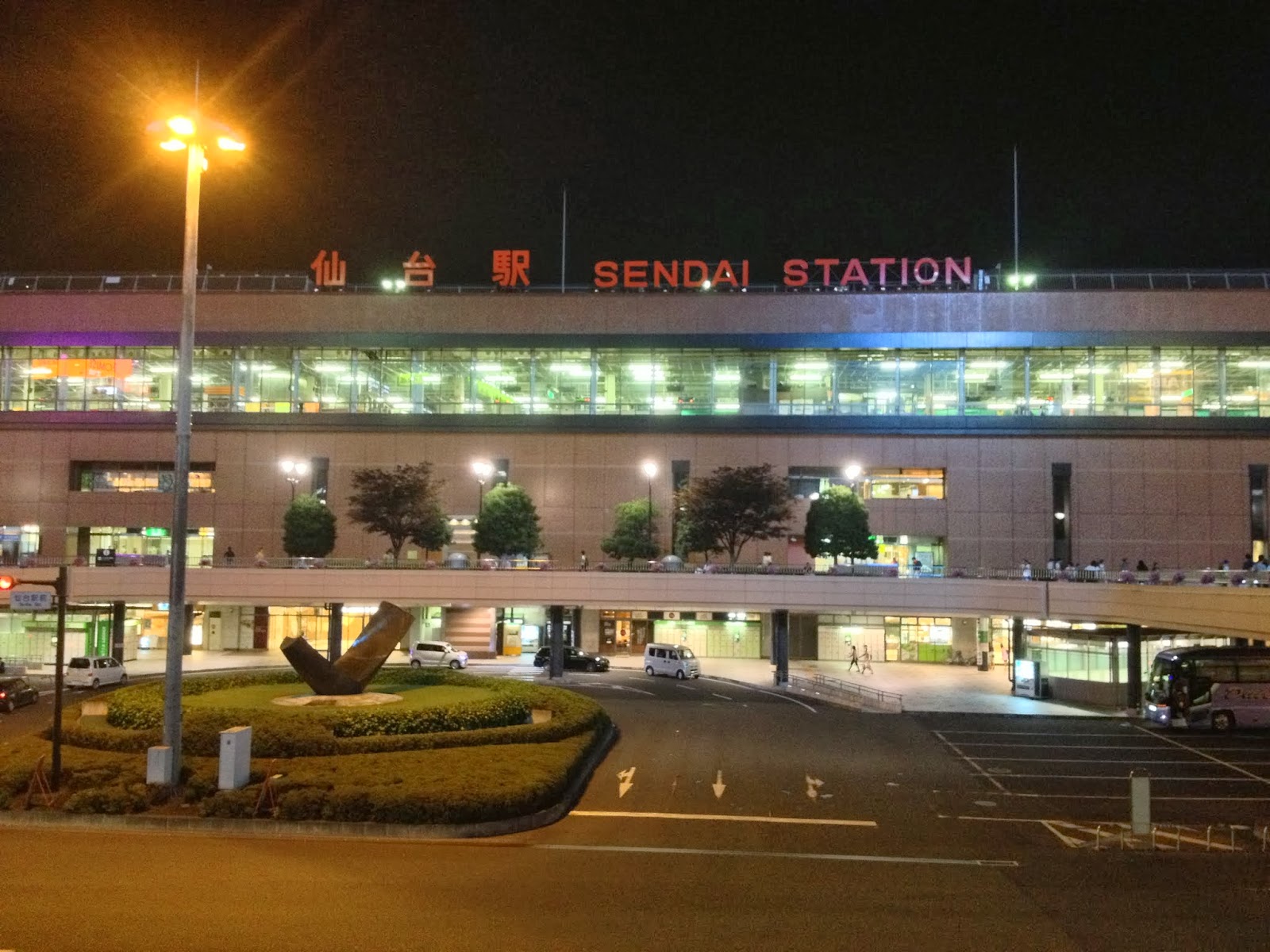 Sendai is a good base for Matsushima, a very short rail trip away. It's a small town-style large city, with an NPB team (the Golden Eagles) and a nice little nightlife area. Be warned, though, Sendai's nightlife isn't anything like Tokyo or the other big cities. Last summer was my first time in the region, and I was only able to stay in Sendai and the area for a couple days. There isn't much to see in Sendai. The streets are tree-lined and everything feels clean and welcoming, but the city was wiped out in the war. All that's really there for tourists are a handful of museums, temples, and a zoo. That said, the city has top-league teams in baseball, soccer, and basketball. If you do decide to spend a day in Sendai, apparently there's a free English guide service available. I don't know anything about it. Actually, I didn't do any real sightseeing in Sendai. I was here for a couple amusement parks in the region, a couple baseball games in town, and a day trip to Matsushima. 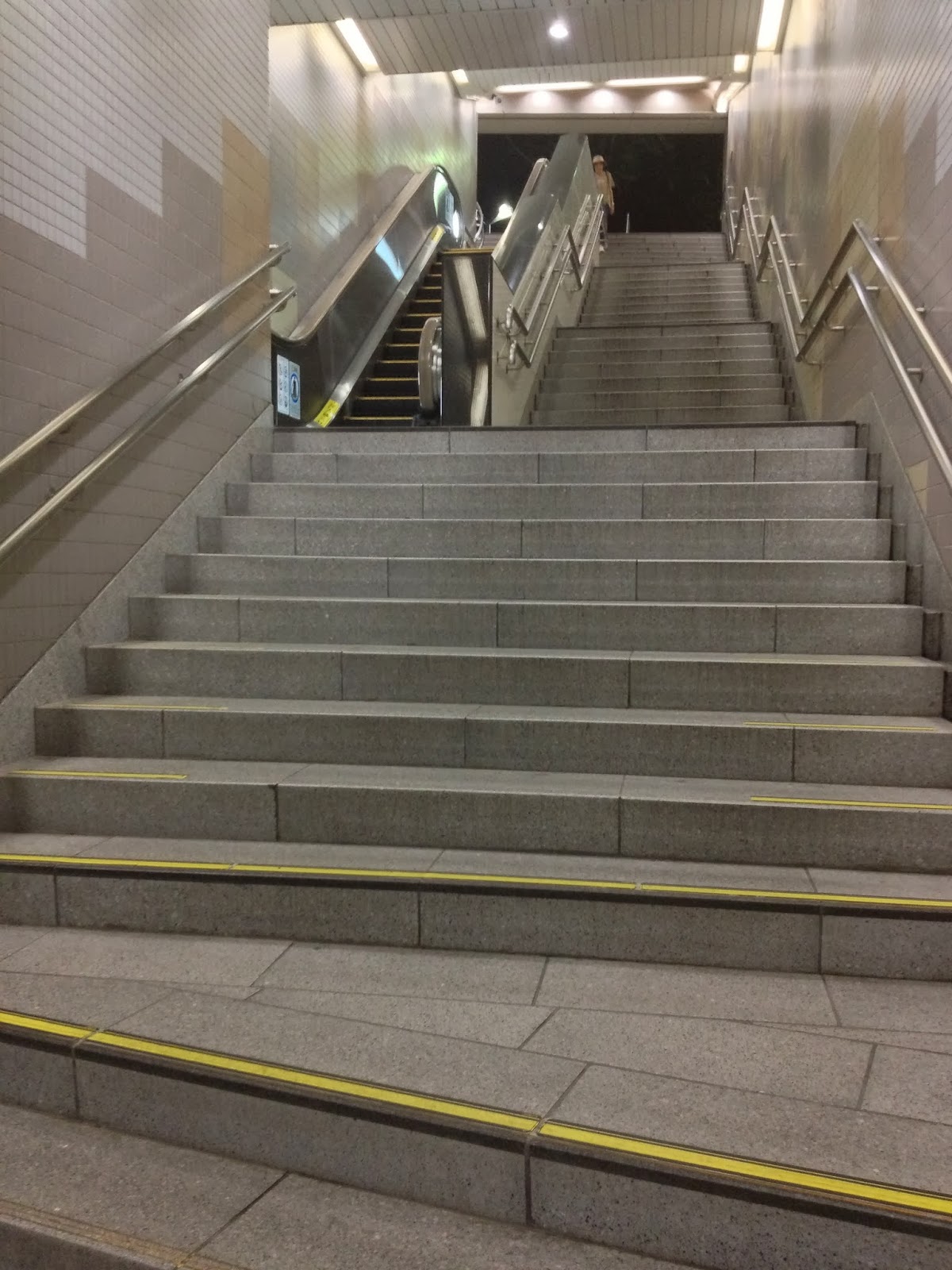 I thought this stairwell was pretty interesting, though. Halfway up, there's an escalator. I guess people get tired climbing up the stairs here, and they were stopping on the landing. And that giant statue in the photo above was in front of an office building about 10 minutes from Sendai Station on foot; my hotel was down this way and I saw it a few times going to and from the station. 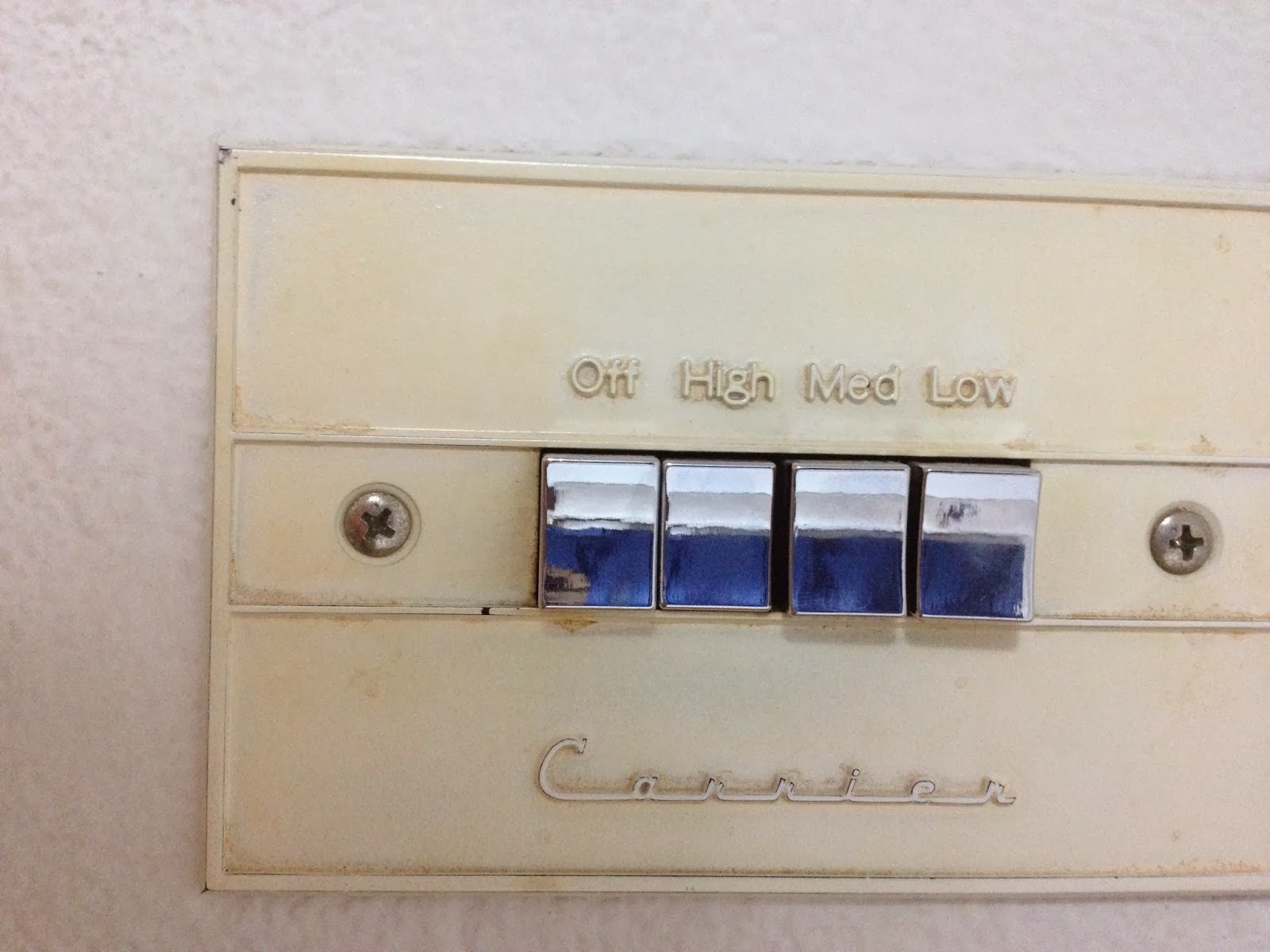 Speaking of hotels, Sendai does have a lot of offices, so there are plenty of business hotels. I didn't really find any budget options, though. I thought this totally 1960s air conditioning control in my room to be photo-worthy. I'm sure my hotel was at least that old, but it did look like it had been renovated recently enough and was pretty clean.

Sendai is known for its gyu-tan - beef tongue. It's grilled similar to yakitori (just like we grill meat on barbecue grills in America) and I'm sure it's seasoned. Unfortunately I couldn't bring myself to try it (time was a factor, too) when I was there, but maybe next time - and I'm sure there will be a next time. If even for just a weekend. It is pretty close to Tokyo if you take the bullet train, after all.

I'm not sure what else can be said for Sendai. There is a shopping mall and shopping street, department stores, and restaurants near the station. For a city that suffered a major earthquake a couple years before, it was in great shape, though. And it is a good starting point for a tour around Tohoku.
Posted by Ryan G at 2/22/2014 03:00:00 AM

Email ThisBlogThis!Share to TwitterShare to FacebookShare to Pinterest
Labels: Tohoku