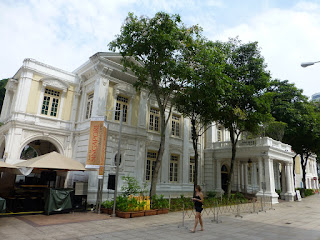 The Asian Civilizations Museum was on my original itinerary as a maybe, mostly due to timing. As it turns out, I ended up right at the museum just before opening, so I putzed around for a few minutes waiting for the doors to be unlocked. 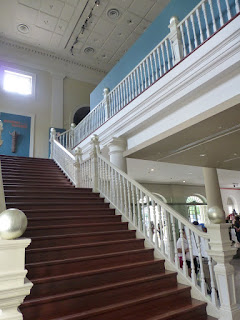 The museum is housed in the Empress Place Building, originally known only as Government Offices. It was built in phases from 1864 to 1920. 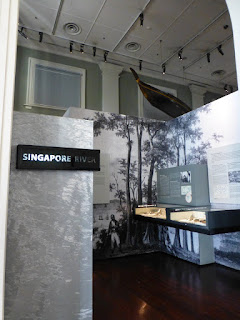 The first exhibit one sees is on the Singapore River, which runs right outside the front doors. 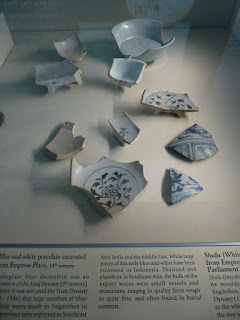 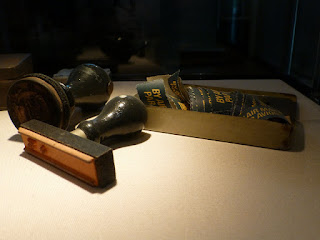 This gallery has lots of artifacts relating to Singapore, especially the downtown business district and the building's history. 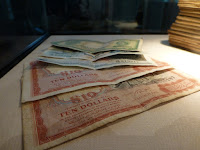 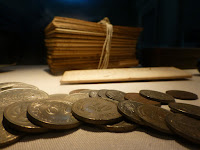 These historical trinkets are the kinds of things I like to see in museums. I love beautiful artwork and royal gowns as much as the next person, but folk history is much more interesting. 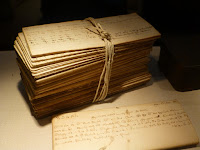 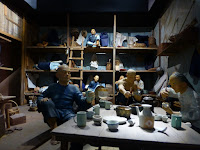 In addition to the relics are some displays showing life back in "the day". 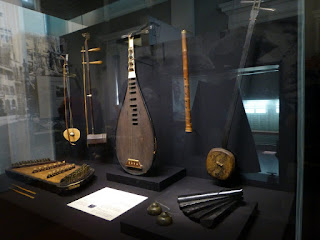 The musical instruments were pretty fun to see, too. 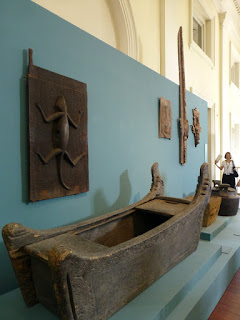 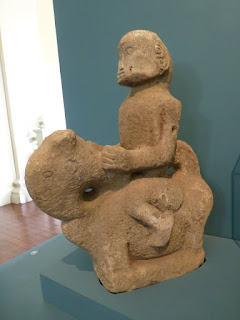 From there, the museum moves into older relics. 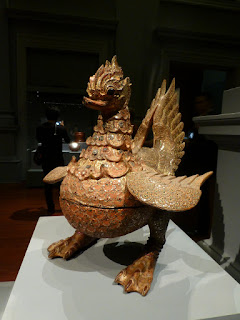 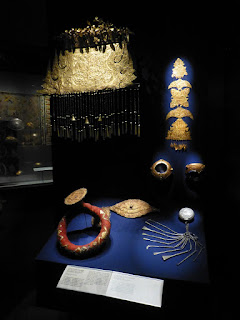 This is where the beautiful royal jewelry and furnishings can be found. 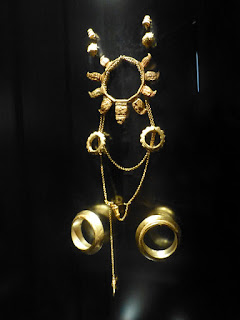 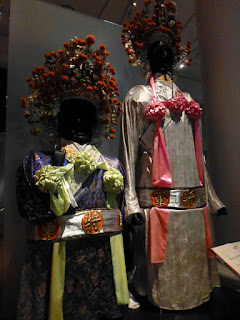 To go with the gorgeous bodywear, we have... royal gowns! 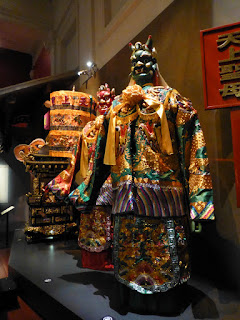 Singapore is a nation of many cultures, and the museum looks at several of them. 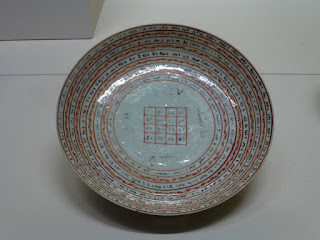 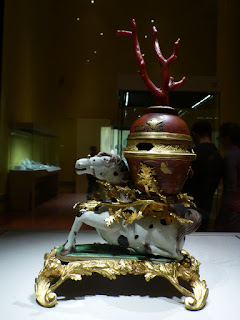 There is some impressive porcelain work, from the plate on the left to the incense burner on the right. 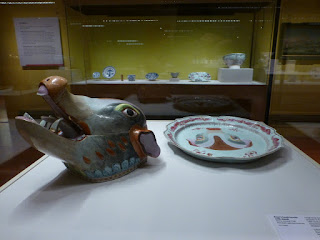 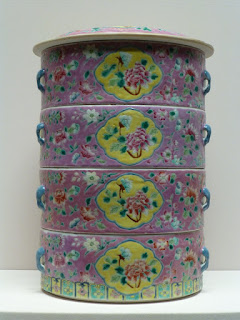 I don't think I'd want the pig's head or pink porcelain containers on my dining table, though they're both beautiful in their own way. 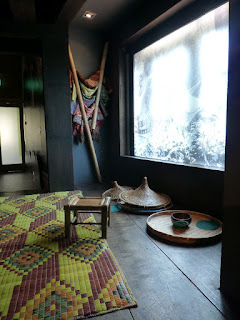 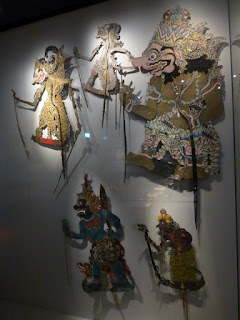 The museum tries to be as "hands-on" as possible, with various exhibits allowing some interactivity. And the museum has a good balance of folk history to go with the usual royal history. 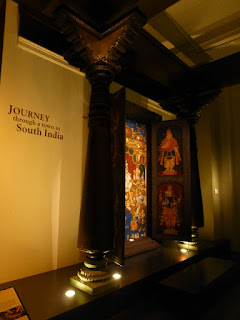 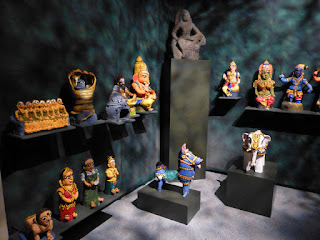 The South Indian gallery has some very colorful pieces which reminded me of a Hindu temple I visited the day before. I'll post about that at some point. 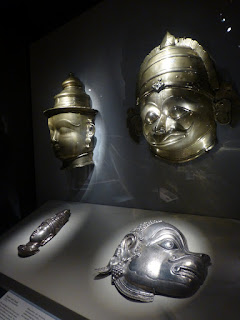 After walking through all of the exhibits, I can definitely see why, in 2014, this was ranked the top museum in Singapore and the ninth best museum in Asia according to TripAdvisor. 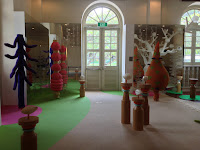 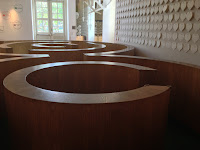 There is also a children's area (closed when I visited) and a restaurant in addition to the usual gift shop. The museum opens at 10 AM daily, closing at 9 PM on Fridays and 7 PM the rest of the week. It's located downtown about five minutes on foot from the Raffles Place MRT station. Admission is $8; it used to be free for for everyone, but starting in late November, tourists began to be charged admission.
Posted by Ryan G at 1/06/2016 03:00:00 AM