It's not my first post, but the Singapore Science Centre was my first stop after leaving the airport. It's located on the other side of town from the airport, but I got there pretty easy with only a couple train changes. 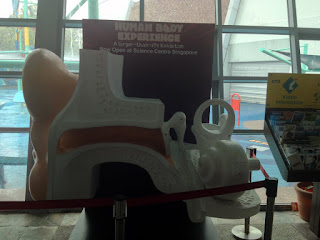 As a former science teacher (I could return to the profession someday) I enjoy going to science museums, though most don't offer anything I haven't seen before in other museums or even in my classroom. But I was here to check out the Human Body Experience. We'll get to that later. 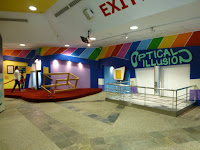 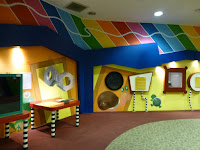 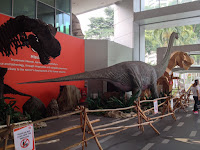 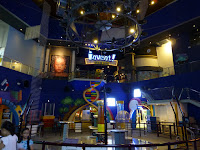 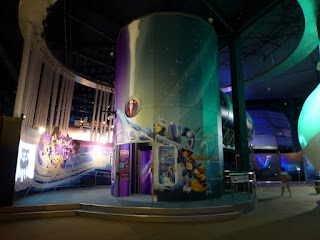 iZ Hero is an interactive attraction designed for kids. 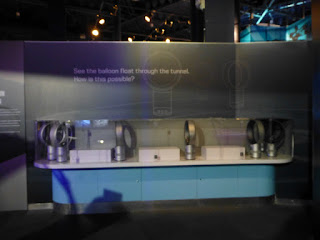 Physics as taught through Dyson fans. 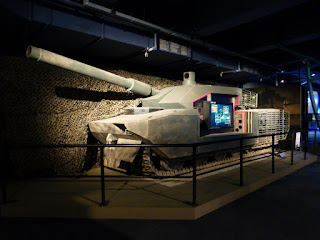 This museum does a real good job of showing application of science, including military uses - one display even discussed cushioning in vehicles for transporting soldiers. 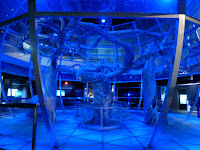 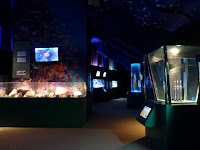 The museum covers all the major branches of science. 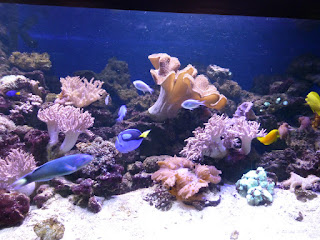 Including fishies! But as I mentioned, I was here to check out the Human Body Experience. It's a temporary exhibition which opened in mid-2014; it's popular enough that it's still there a year and a half later. 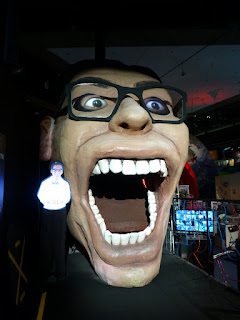 The target age range is 10-12 years old, but younger kids and adults are welcome. You start by climbing up the tongue in the mouth. 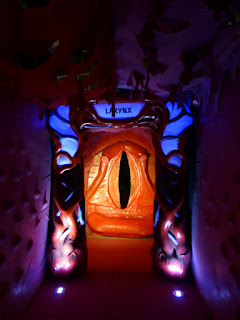 Pass through the larynx and you're in the body! 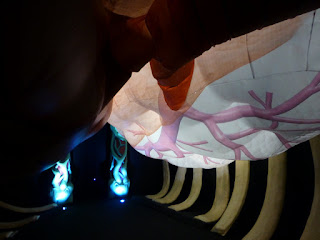 The exhibit is really well done. The lungs breathe. The heart beats. There are sounds to help you feel immersed in the experience. 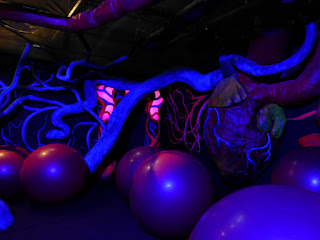 Here you are in a blood vessel. The giant red balls are meant to be blood cells. 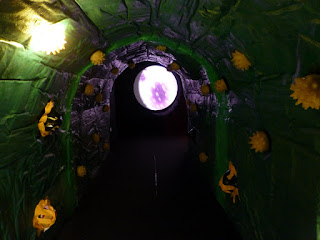 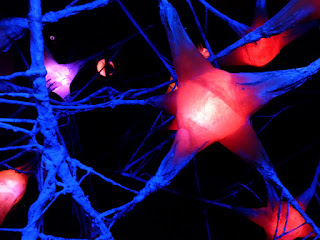 It's not a simple walkthrough. You have to navigate through the neurons, for example. 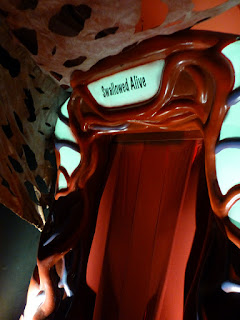 Despite going in through the mouth, it takes some time to get to the throat, where you travel through the digestive tract. 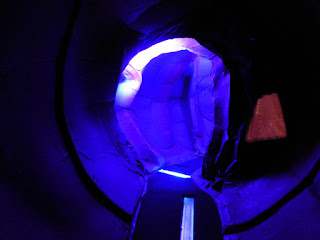 Here are the large intestines, and you also squeeze through the small intestines, before reaching... 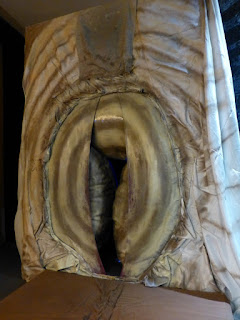 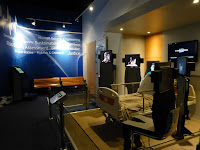 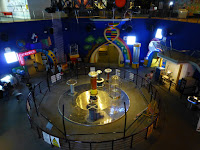 There is a permanent body exhibit too, including details on reproduction and genetics. 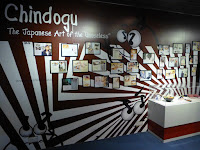 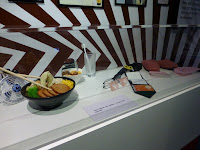 "Those wacky Japanese" get an exhibit too. Or at least this uses the Japanese expression "chindogu" which describes inventions which aren't really necessary but not quite useless. 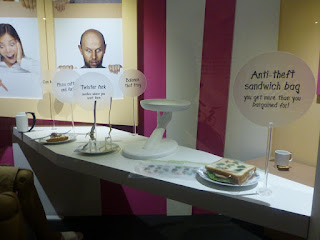 Here are some examples of "nonuseless" inventions. I'm not sure where the inventions themselves came from. 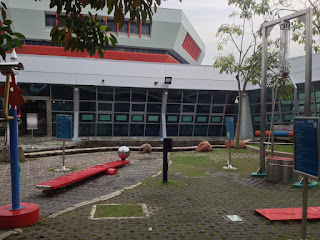 Outside the museum is a courtyard with lots more interactive science goodies. Some of them have instructions so you can learn something, while others are just fun to watch. 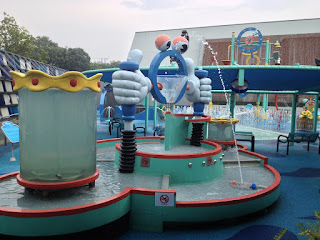 The Singapore Science Centre is located at 15 Science Centre Road. The closest MRT station is Jurong East; you can take bus 66 or 335 from there, or take a short walk. I chose to walk on a route that took me through a market for some lunch. Without stopping, it's less than 10 minutes.

Opening hours are 10:00-18:00 daily, though they generally close one day a month. Check the website for the schedule. Also at the Science Centre is something called KidsSTOP (a children's science-focused play center), an Omni-Theatre IMAX), and Snow City (an indoor snow play center), so it's possible to stretch this place out into a full day with little ones.

Standard admission to the Science Centre is $12.00, $15 with the Human Body Experience. Prices for the other places vary.