One of my favorite things to do is walk. This is something I had to have picked up from my grandmother, who would take me into downtown San Francisco as a child. She never could drive due to her eyesight, so we used SF's unreliable transit system to get around. But buses don't go down every street, and sometimes it's easier (and nicer) to just walk from A to B.

When I lived in San Francisco as an adult, I went out almost every day for a walk. I took a bus or the streetcar to somewhere I hadn't been or somewhere I enjoyed visiting before, and just walked. City walks remain my favorite, but I love getting out into nature, too.

For that, I probably have to thank my mom. My memories of visiting California's countryside involve her, going up into the mountains of Yosemite or out to the redwood forests north of the Bay Area. Most of my travel as a younger adult focused on cities, but I "discovered" all of the great state parks in Georgia which rekindled my interest in that which isn't man-made.

So when I travel I look for places to walk - both in the city and in the country. Singapore is pretty small so it doesn't have that much country, but there are some places to get out and see the wild. 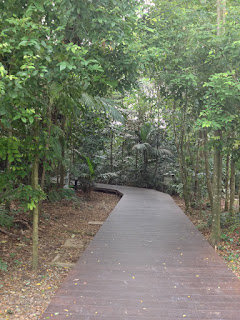 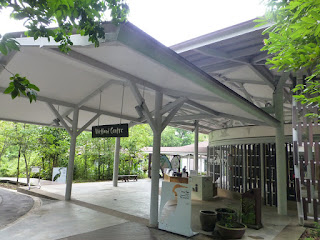 Sungei Buloh Wetland Reserve is up in the northern end of Singapore. After a short boardwalk stroll, you come to the Wetland Centre, with some information about the wetlands and wildlife found within. 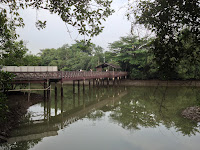 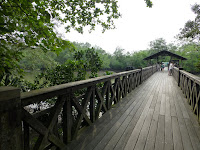 A bridge leads you into the wetlands loop trail, the only open trail at this time. 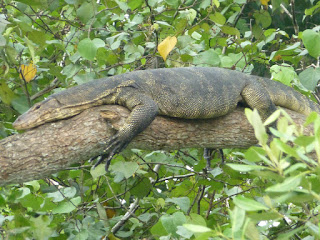 It is from this bridge I saw a giant monitor lizard up in a tree! He had to have been about a meter long or more, resting up on that branch. 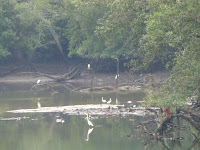 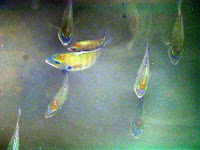 Without even venturing onto the trail, I also saw plenty of birds and mudskippers. 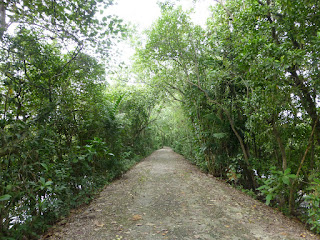 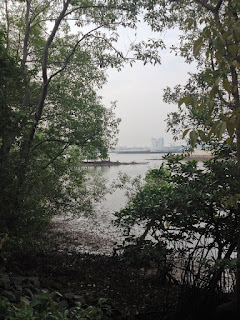 As for the trail itself, it mostly looks like you see above. It's wide and flat, suitable for more-rugged wheelchairs and strollers. And most of the view through the brush is of water. 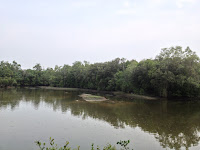 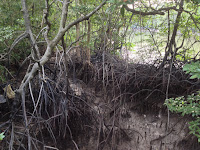 The loop trail takes you around some tidal ponds where migratory birds spend their winters. 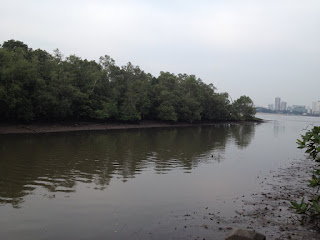 The site is right next to large open water spaces. The mounds seen in the mud are most likely from crabs. 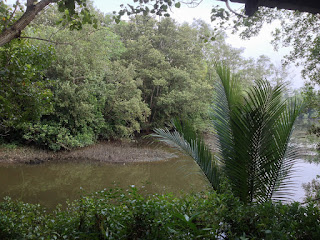 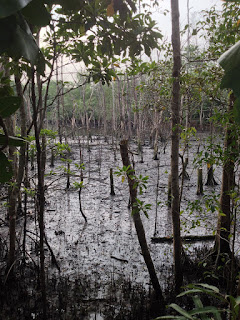 Unfortunately, I didn't see much fauna on the loop itself. But I enjoy the flora too, especially the ferns and trees growing out of the marsh. 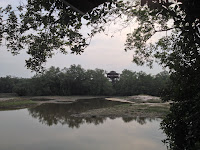 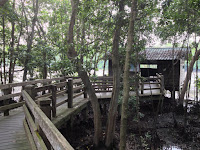 Around the backside of the loop is a tower, visible in the left-hand picture. You can climb to the top and see the entire park. Also found along the loop are little blinds to allow visitors to view the wildlife without disturbing it. I should warn you that spiders, ants, and other creepy crawlies are found in some of these. 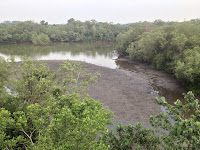 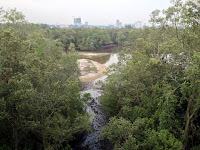 Here are a couple views from above. 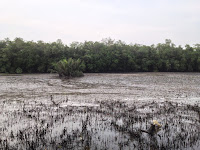 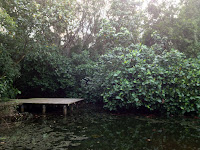 Visiting right before the park closed, there were some stragglers including families on the trail, but the backside stayed mostly quiet. I visited on a weekend, so I'm guessing there were more people there than usual.

There is a new trail since my visit that heads east - actually, there is a new visitor's center on the eastern edge from which the new trail heads west to join with this original trail. If I get the chance, I'll definitely be checking out the new extension. 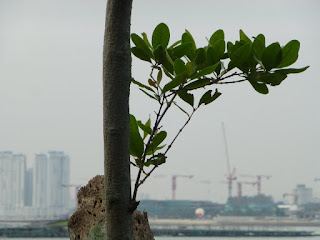