Clarke Quay has a history as a port in Singapore, and some of the remaining infrastructure has been restored in the redevelopment of the area after port operations were moved. Shopping and dining options can be found on both sides of the river. 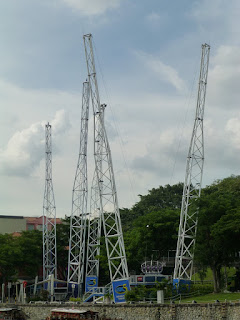 I never once saw anyone actually ride it, but there's a pretty impressive-looking reverse bungee ride there, too. 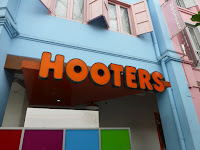 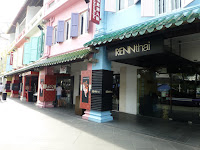 No, I didn't eat at Hooters. But there's one there. Several of the warehouses lining the river have been converted into the commercial locations that exist now. 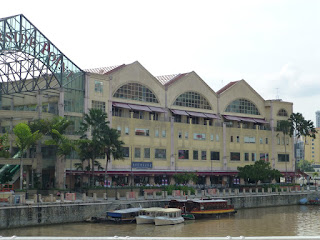 In addition to colorful buildings, some original, some redeveloped, there is a very large mall. A local brewpub is in the building seen above, under that black sign to the left. I had planned on having a beer or two there but the timing didn't work out. 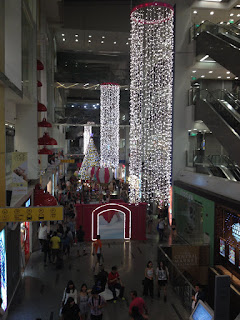 The mall is pretty standard, and since I visited in November their lights and Christmas tree were up. 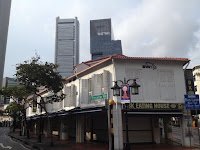 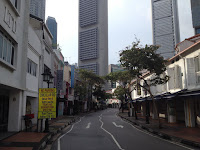 Clarke Quay also has a subway station directly under the mall, and it and the nearby bus stop served as my transportation hub. My hotel was down a side street similar to the one you see above. While the redevelopment of Clarke Quay itself has removed a lot of the historical charm of the area, the nearby old buildings like you see above make the area interesting to walk through. 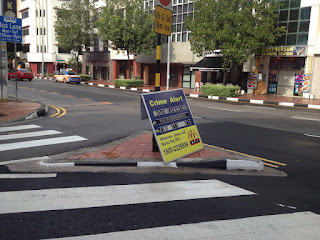 I saw this one day walking around. It dates back a week or two before my visit. Could you imagine if they used these in the U.S.? There would be hundreds of signs on some street corners. 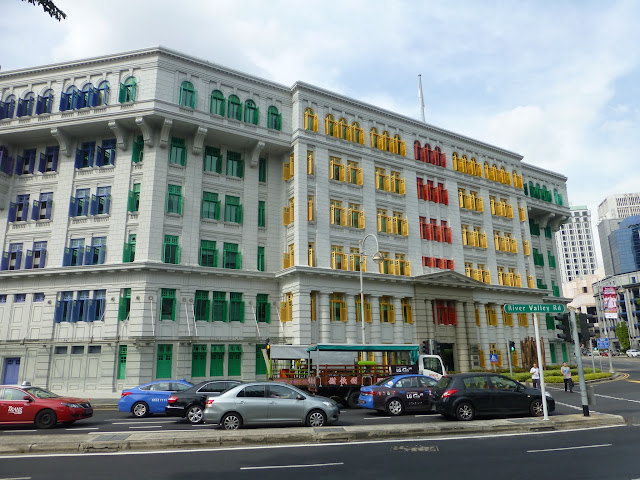 One building I went inside but didn't get to properly explore was this colorful building on the corner of River Valley Road/Boat Quay and Hill Street/New Bridge Road. The Old Hill Street Police Station houses an art gallery and several government offices.

Honestly, Clarke Quay was interesting to walk through, but for a tourist like me, there isn't much here. The shops are fairly standard, and the restaurants are upscale but generally gentrified. I would like to try that brew house and the reverse bungee ride, but with so many great food stalls scattered all over Singapore, I didn't have time, money, or stomach space to spare here. I see this more as a place for locals, or for tourists looking for a "safe" meal.
Posted by Ryan G at 1/07/2016 03:00:00 AM